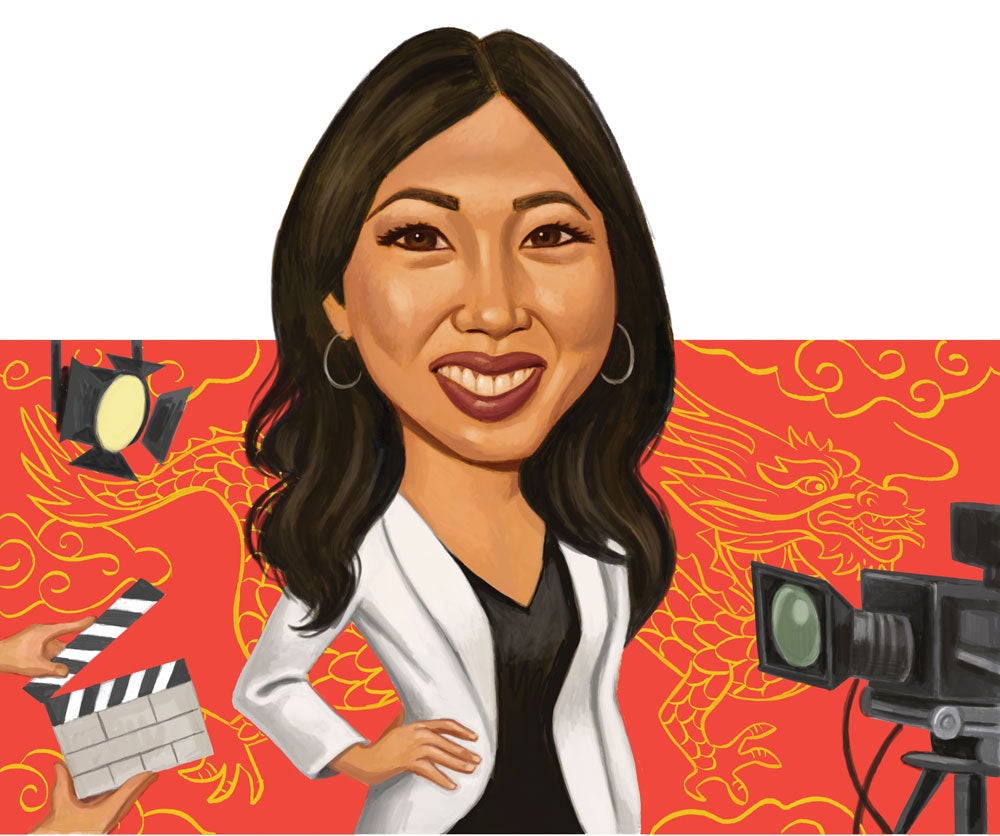 Shannon Dang ’15 wasn’t your average TV fan as a child.

“Growing up, I pretty much worshipped the Disney Channel and would watch all of the shows,” she says. “I would have so much fun playing pretend and performing, and I would have fun watching and reenacting the scenes.”

She doesn’t have to play pretend now. Dang is currently shooting the second season of The CW’s “Kung Fu,” resuming the role of Althea Shen. A reboot of the original 1970s series starring David Carradine, “Kung Fu” is the first network drama with a predominantly Asian American cast.

It was a long road to TV stardom for the UCR business graduate. Dang began auditioning for roles as a child, landing commercial work while still in elementary school, followed by television spots in shows including “The Romanoffs” in 2018 and “Sorry for Your Loss” in 2019, before joining the cast of “Kung Fu.” She said she is thrilled to be part of such a groundbreaking series.

“I’ve heard from many that the show makes them feel seen,” she said.

Those who knew Dang at UCR may know of another talent. A lover of dance, she landed a spot on the Los Angeles Clippers dance team during her time as a Highlander and would go on to dance for the Los Angeles Rams for three seasons — a stint that also saw her performing at the Super Bowl. Her professional dance career began several years prior when, at age 13, she attended her first dance audition and earned a spot on the WNBA’s Los Angeles SparKids dance team.

“If I could be able to have a role that uses both my acting and my dancing, that to me is a dream role,” Dang said.

Dang has fond memories of her time at UCR. A member of Kappa Kappa Gamma, she met her boyfriend in the Greek community and remains close to friends from her sorority. She considers her education in business as an advantage in the television industry.

“I’m extremely grateful that I studied business and have my degree,” she said. “Business classes and marketing has given me a work ethic and business mindset to plan ahead. I’m not just an artist or creator but a businessperson. Everything is now an investment and not just a hobby.”

Dang plans to pursue directing and producing in the future, but for now, she remains focused on acting and delivering in her role on “Kung Fu.” After hundreds of auditions, she learned long ago to stay positive and watch for opportunity. She said she is enjoying a new level of success but hasn’t lost that initial spark that made her fall in love with Disney Channel classics such as “That’s so Raven,” “Lizzie McGuire,” and “Hannah Montana.”

“Whether people are in a good mood or a bad mood, they look for entertainment,” she said. “I love entertainment. I laugh. I cry. It’s an escape and I get to dive into this story as an audience member. To be able to be on the other side of the camera and give a story for people to escape into, to fall in love with characters, and to feel something is so rewarding. It’s a dream come true.”