GOING WITH THE FLOW

Taking a page from Mark Twain, Kurt Schwabe
completed a 32-year trek down the length of the Mississippi. 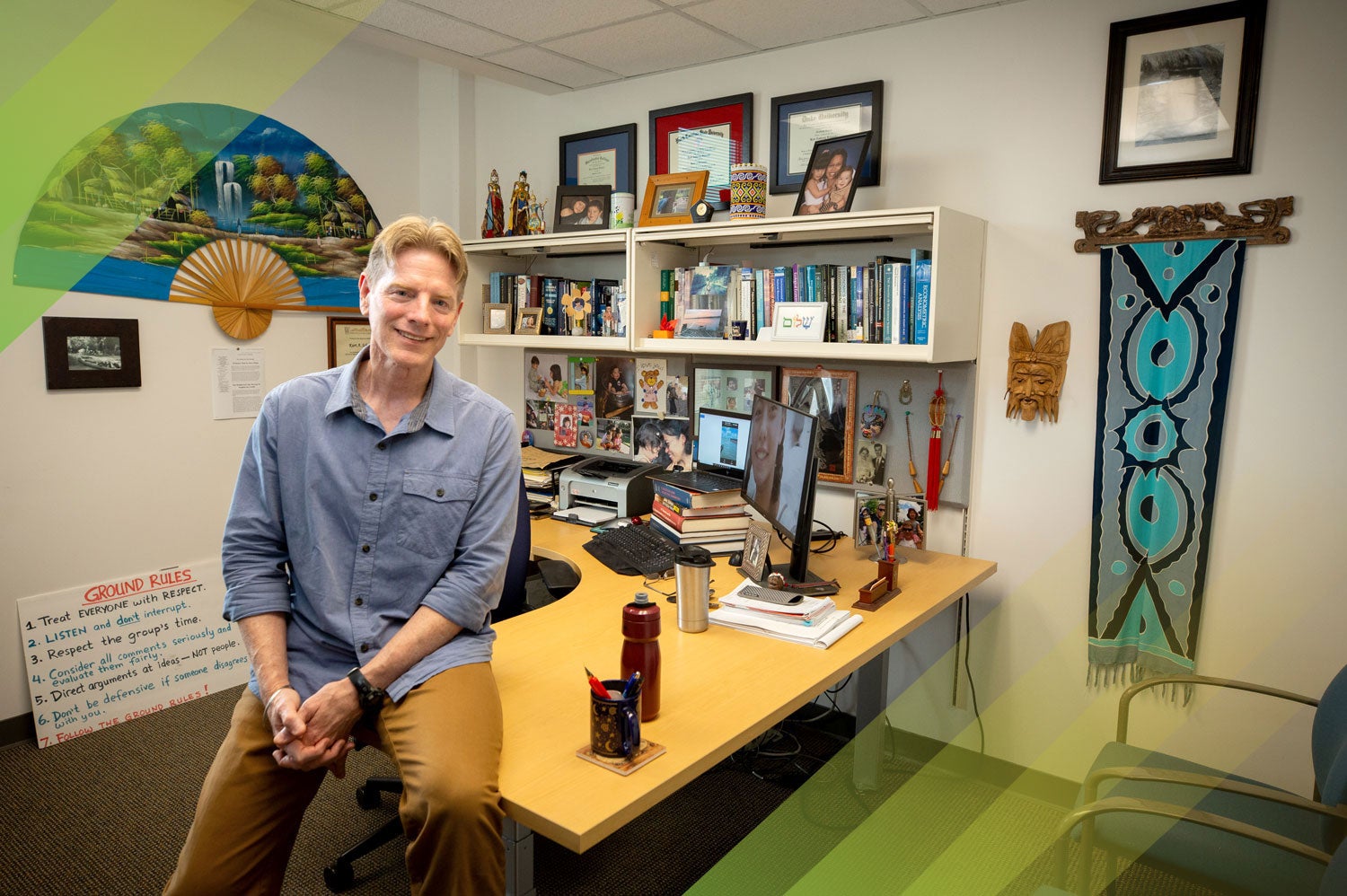 he classic “Adventures of Huckleberry Finn” is a familiar tale beloved by generations of American youth, but for Kurt Schwabe, associate dean and professor of public policy, Mark Twain’s enduring novel was also the catalyst for the adventure of a lifetime. In 1989, Schwabe, then 23, set off down the Mississippi River with his friend Jon in an old canoe, just as Twain’s teenaged protagonist had done, for the first of many trips over 32 years. The pair completed their three-decades-long journey on Aug. 4, traveling the entire 2,350 miles of river over a series of 10 trips, ending at the Gulf of Mexico.

“It was (Jon’s) idea. He came up in my apartment in Minneapolis one day and said, ‘Meet you out in the front yard.’ He had a big gunny sack and throws out two hats, a jug of whiskey, and a copy of ‘Huck Finn,’” Schwabe said of the start of their adventure. “We thought we could do it in a couple of weeks. Next thing you know, it’s 32 years later.”

Photos of his adventure down the Mississippi, as well as from other travels, decorate the walls and shelves of his office. As an environmental economist, Schwabe’s research has brought him across the globe, studying issues surrounding land use and preservation. After earning his doctorate from North Carolina State College’s environmental economics program and three years teaching in the economics department at Ohio University, Schwabe joined UCR’s College of Natural and Agricultural Sciences faculty in 1999 as an environmental economist. He transferred to UCR’s School of Public Policy in 2015.

Schwabe’s career has seen him researching land use issues in places like Australia, Malaysia, and West Papua. Trips with his family have brought him to Peru, Europe, the Middle East, and his wife’s native Indonesia. But his greatest and most enduring adventure has remained his trips with Jon down the Mississippi. Much in the way that Huck Finn found his abandoned canoe floating downstream, they decided to mark the end of their decades-long adventure by sending their own canoe back to the river.

“We threw it out in the river to let it take it to the ocean — and it went and hit the weeds right away,” Schwabe said, noting it was eventually fished out and given to a local woman who had inquired about taking it for the kids in her community after their journey was completed. “Hopefully it’s going to give other people a lot of fun adventures.”

Photos from Schwabe's 32-year trek down the Mississippi River, which he completed in August 2021 (Courtesy of Kurt Schwabe).

During a sabbatical in Australia, Schwabe purchased this preserved cane toad, a highly poisonous invasive species that was introduced to the country from South America to control a species of beetle deemed an agricultural pest. “They originally brought them over thinking that it would take care of these beetles that were destroying their sugar cane, but they didn’t eat the beetles and instead have led to the widespread destruction of native habitats and even the deaths of domestic cats and dogs that try to eat them,” he said. “For me, they represent unintended consequences and that’s what a lot of my work is about. People make decisions with incomplete information, and it leads to poor outcomes. That’s where science comes in — to give people more information to make more informed decisions.” 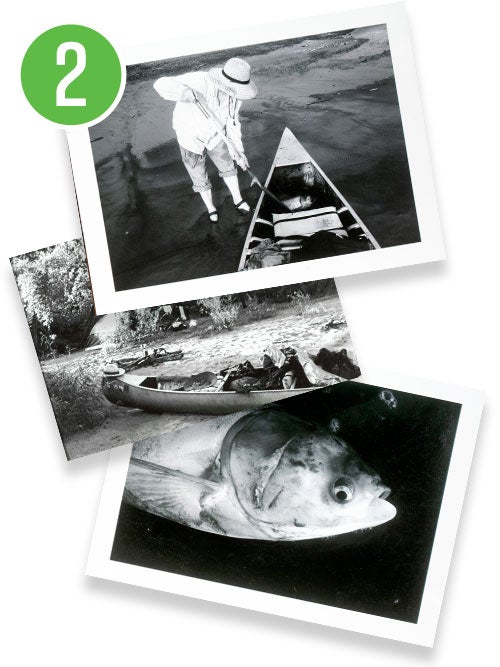 2. Photos Along the Mississippi River

Schwabe’s adventures floating down the Mississippi River include almost being crushed by a barge and having guns pulled on him and his friend Jon for inadvertently trespassing. In their mid-20s, they jumped onto a moving train and rode the rails back to the Twin Cities. Schwabe recalls waiting all day for the perfect time to catch the train without being caught. “Finally at 8 at night, we see the smoke in the distance from a train coming down the tracks and we say, ‘OK, the first big flatbed, we jump on it,’” he said. “I tried to flip my feet up, but I just missed it, came down and hit the gravel. I thought, ‘there go my feet.’” The pair finally made it onto the train safely and rode it for five hours, transferring trains and avoiding authorities along the way. 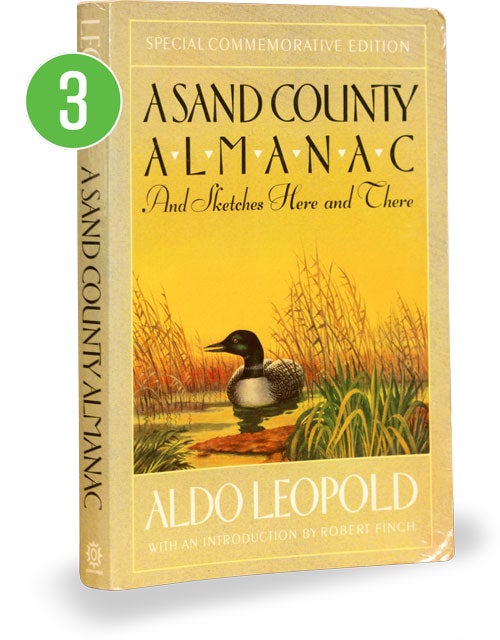 Schwabe refers to this book by Aldo Leopold as a “bible for environmentalism” and a must-read. A collection of essays by the American ecologist, Leopold describes the land around his home in Sauk County, Wisconsin, and his idea of a “land ethic,” or a responsible relationship existing between people and the land they inhabit. “It really opened up my eyes to how complex systems are and how these subtleties that we take for granted really provide important services,” Schwabe said. 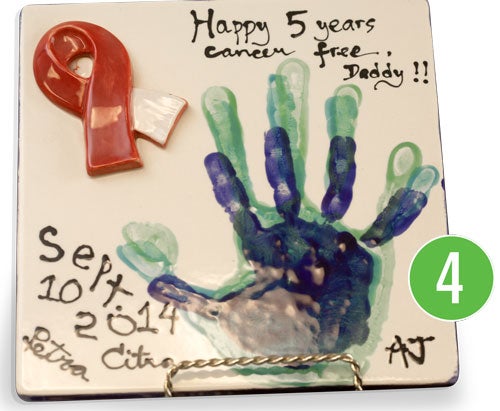 In 2009, while his wife was pregnant with their second child, Schwabe was diagnosed with stage-4 throat cancer. “That period was really hard, and I was just looking for people who had made it to the other side and survived,” Schwabe said, noting he endured six weeks of radiation and chemotherapy and had a feeding tube for four months. “I joined a support group and there was a person who was about 10 years my senior that was five years removed from this. He was a mountain climber up in Oregon, and we went on a trek up Mt. Rainer together after I got healthy again.” This clay plaque from 2014, which features the handprints of his two children, marked five years from the end of his treatment, and he has since remained cancer-free.