orn in New Zealand, Highlander guard Flynn Cameron first dreamed of becoming a basketball star like his father Pero Cameron at 3 years old. A New Zealand Tall Blacks legend, Pero was a 2017 FIBA Hall of Fame inductee and played in two Olympic games in 2000 and 2004. Cameron moved to Australia’s Gold Coast at a young age, shining on the court while playing for Hillcrest Christian College. He transferred to UCR his sophomore year from DePaul University, earning a bachelor’s degree in business administration, and is now pursuing a master’s in finance at UCR. This past summer, Cameron was selected to play in the 2022 FIBA Asia Cup in Indonesia for the New Zealand Tall Blacks — led by his father Pero, who has served as Tall Blacks head coach since 2019. One of the youngest players, Cameron quickly emerged as a breakout star helping usher the Tall Blacks to the semifinals. Now back at UCR, his sights are set on the Highlanders winning the NCAA tournament this year, and looking ahead, he hopes to one day play in the NBA. 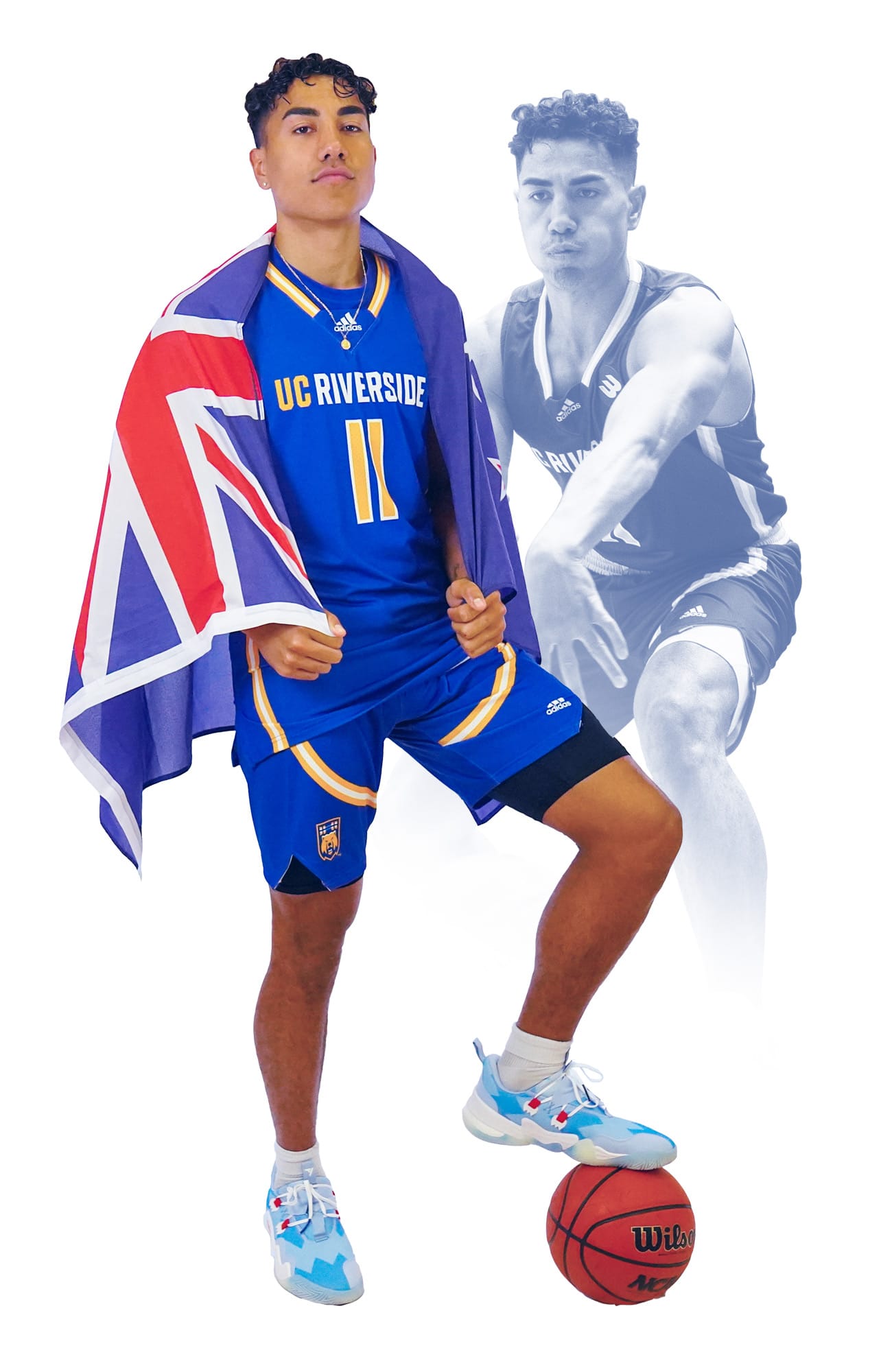