A chaotic rollout of tickets for Taylor Swift’s upcoming tour has drawn renewed scrutiny of whether Ticketmaster unfairly dominates the ticketing industry, a charge that first surfaced in earnest in a 1990s skirmish with the grunge band Pearl Jam. We asked two UCR experts to weigh in on whether Ticketmaster is a monopoly and should be subjected to antitrust action. 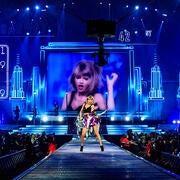 Carolyn Sloane, a UC Riverside economics professor, argues in this Q&A that, despite a clear lack of competition in the ticketing space, inefficiencies in the resale market are the primary problem with the industry.

Is Swift retribution in the offing for Ticketmaster? 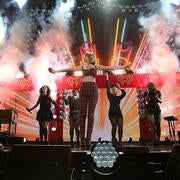 Ken MacVey, a civil litigator for the firm of Best Best & Krieger who will be teaching a class in the School of Public Policy on antitrust and Big Tech, explains in this Q&A why monopolies are rarely challenged, placing the blame on an influence called the Chicago School of Economics.