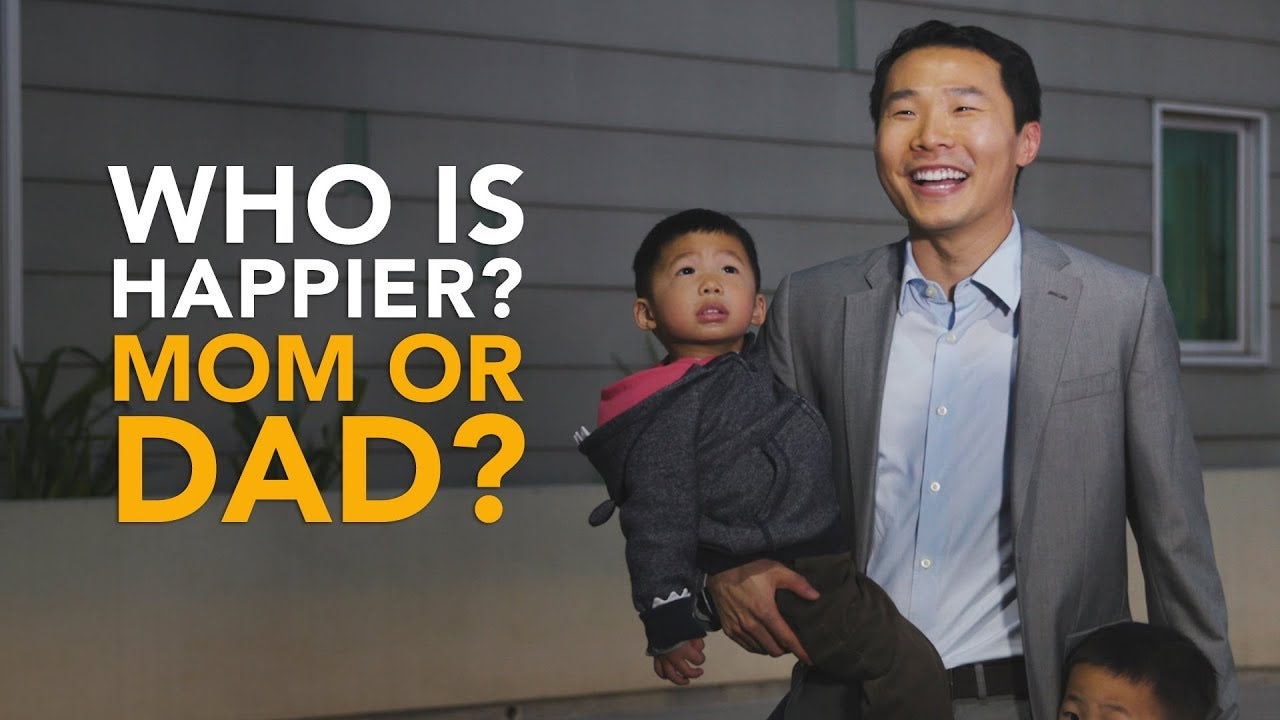 A study of 18,000 people shows that fathers experience more well-being from parenthood than mothers.

UCR psychologists and their colleagues analyzed three separate studies totaling more than 18,000 people to determine whether fathers or mothers experience greater happiness from their parenting roles.

Across the three studies, researchers looked at measures of well-being that included happiness, well-being, depressive symptoms, psychological satisfaction, and stress.

The first two studies compared well-being of parents with that of people who don’t have children.
Across all outcomes measured in the first studies, fatherhood was more frequently linked with greater well-being than motherhood. Relative to peers without children, fathers reported greater satisfaction with their lives and feelings of connectedness to others, and they reported greater positive emotions and fewer daily hassles than mothers. They also reported fewer depressive symptoms than men without children; whereas mothers reported more depressive symptoms than women who don’t have children.

The third study considered parenthood and well-being while engaged in childcare or interacting with children, compared to other daily activities.

Gender significantly impacted the association between childcare and happiness. Men were happier while caring for their children, while women were less happy.

“Fathers may fare better than mothers in part due to how they spend their time with their children,” said study author Katherine Nelson-Coffey, who worked in UCR psychologist Sonja Lyubomirsky’s lab as a graduate student and is now an assistant professor of psychology at Sewanee: The University of the South.

Lyubomirsky said the study carries a suggestion: perhaps all parents will benefit from finding more opportunity for play with their children.

The research paper, “Parenthood is Associated with Greater Well-Being for Fathers than Mothers,” was recently published in the journal Personality and Social Psychology Bulletin. In addition to Lyubomirsky and Nelson-Coffey, authors include Kristin Layous, a former UCR graduate student and currently an assistant professor of psychology at California State University; Matthew Killingsworth, a senior fellow with Wharton People Analytics; and Steve Cole, a professor of medicine and psychiatry at UCLA.