Seeing through food and drug fakes and frauds

If we could tell authentic from counterfeit or adulterated drugs and foods just by looking at them, we could save money and lives every year, especially in the developing world, where the problem is worst. Unfortunately, the technologies that can detect what a sample is made of are expensive, energy-intensive, and largely unavailable in regions where they are needed most.

This may change with a simple new technique developed by engineers from the University of California, Riverside that can detect fake drugs from a video taken as the sample undergoes a disturbance.

If you’ve ever used online photo tools, you’ve probably seen how these tools use image analysis algorithms to categorize your photos. By distinguishing the different people in your photos, these algorithms make it easy to find all the photos of your daughter or your dad. Now, in the journal ACS Central Science, researchers report they have used these algorithms to solve a very different problem: identifying fake medicines and other potentially dangerous products.

Called “chronoprinting,” the technology requires only a few relatively inexpensive pieces of equipment and free software to accurately distinguish pure from inferior food and medicines.

The World Health Organization says that about 10 percent of all medicines in low- and middle-income countries are counterfeit, and food fraud is a global problem that costs consumers and industry billions of dollars per year. Fraudulent food and drugs waste money and jeopardize the health and lives of their consumers. But detecting fakes and frauds requires expensive equipment and highly trained experts. 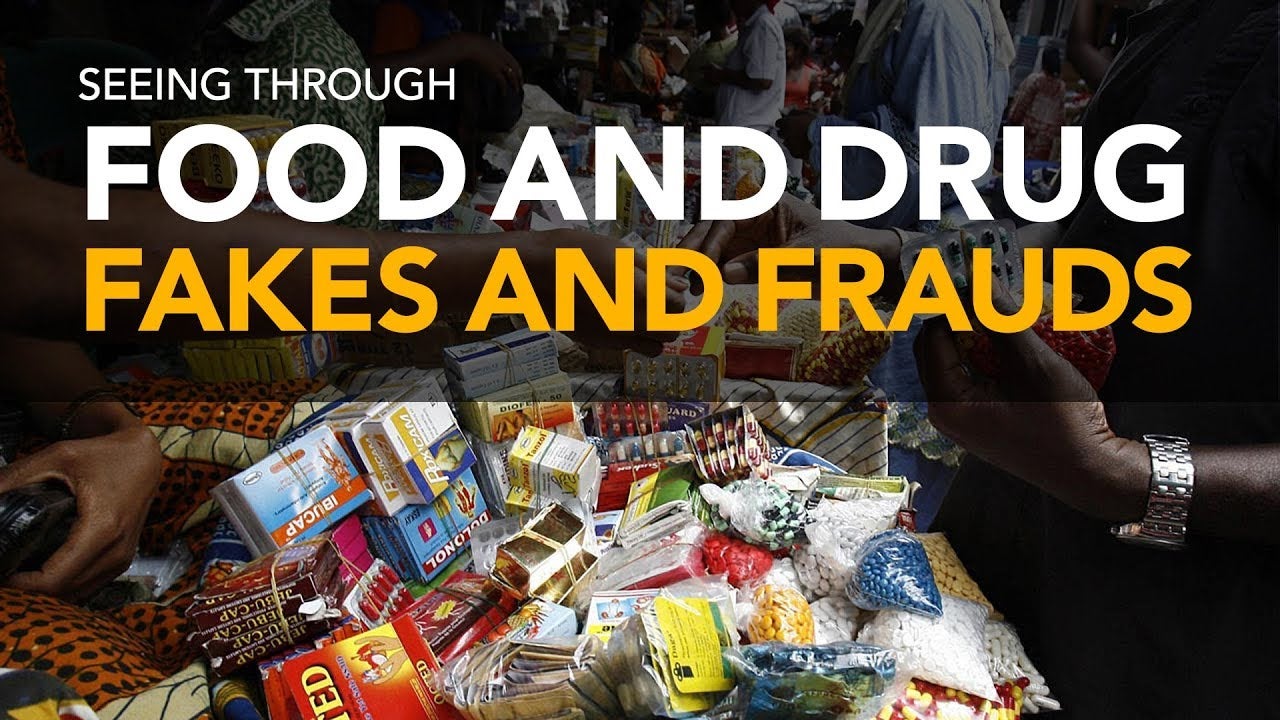 William Grover, an assistant professor of bioengineering in UC Riverside’s Marlan and Rosemary Bourns College of Engineering, and Brittney McKenzie, a doctoral student in Grover’s lab, wondered if it would be possible to distinguish authentic from adulterated drugs and food by observing how they behave when disturbed by temperature changes or other causes. Two substances with identical compositions should respond the same way to a disturbance, and if two substances appear identical but respond differently, their composition must be different, they reasoned.

McKenzie designed a set of experiments to test this idea. She loaded samples of pure olive oil, one of the world’s most commonly adulterated foods, and cough syrup, which is often diluted or counterfeited in the developing world, into tiny channels on a microfluidic chip, and chilled it quickly in liquid nitrogen. A USB microscope camera filmed the samples reacting to the temperature change.

McKenzie and Grover wrote software that converts the video to a bitmap image. Because the image showed how the sample changed over time, the researchers called it a “chronoprint.”

The team then used image analysis algorithms to compare different chronoprints from the same substance. They found that each pure substance had a reliable chronoprint over multiple tests.

Next, they repeated the experiment with samples of olive oil that had been diluted with other oils and cough syrup diluted with water. The adulterated samples produced chronoprints that were different from the pure samples. The difference was so big, so obvious, and so consistent the researchers concluded that chronoprints and image analysis algorithms can reliably detect some types of food and drug fraud.

“The significant visual differences between the samples were both unexpected and exciting, and with them being consistent we knew this could be a useful way to identify a wide range of samples,” McKenzie said.

“By basically converting a chemical sample to an image, we can take advantage of all the different image analysis algorithms that computer scientists have developed,” he said. “And as those algorithms get better, our ability to chemically identify a sample should get better, too.”

The researchers used liquids in their experiments but note the method could also be used on solid materials dissolved in water, and other types of disturbance, such as heat or a centrifuge, could be used for substances that don’t react well to freezing. The technique is easy to learn, making highly trained experts unnecessary. Chronoprinting requires hobbyist-grade equipment and software downloadable for free from Grover’s lab website, putting it well within reach of government agencies and labs with limited resources.

McKenzie and Grover were assisted in this work by Philip Brisk, an associate professor of computer science at UCR, and Jessica Robles-Najar and Eric Duong, undergraduate bioengineering students.

The paper, “Chronoprints: Identifying samples by visualizing how they change over space and time,” by Brittney A. McKenzie, Jessica Robles-Najar, Eric Duong, Philip Brisk, and William H. Grover, is published in ACS Central Science.

The research was supported by grants from the National Science Foundation.