On the front line of medicine

Hurnan Vongsachang, 27, grew up in San Marcos as part of a low-income, Chinese-Laotian immigrant family. Because of their lack of higher education and limited grasp of English, her parents struggled with finding employment opportunities throughout her childhood.

With minimal access to health care, “seeing the doctor” for Vongsachang in her preteen years involved a six-hour car ride from Arizona, where the family then lived, to Chinatown, Los Angeles, where an herbalist prescribed a daily regimen of a root-based, bitter oral jam for her “difficult breathing.” 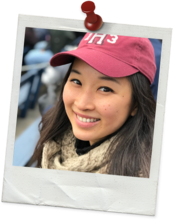 “It was not until one day when I truly could not breathe anymore that I first received medical attention,” said Vongsachang, who graduates this year from the UCR School of Medicine and will start residency training in emergency medicine this summer at Los Angeles County+USC Medical Center. “I was rushed to the local emergency department in the middle of the night and treated for an asthma exacerbation. Although details of my care are hazy, I do remember the kindness of my physician. Her compassion truly made a difference.”

Vongsachang, a first-generation college student, believes her cultural and socio-economic background has motivated her to help families like her own in underserved communities. The heart of her passion for emergency medicine lies in its lack of patient discrimination.

“The emergency department attends to all patients, regardless of their background, citizenship status, or ability to pay,” she said. “I want to advocate for those living in underserved communities, and address what I believe should be a universal right: the right to live a fulfilled and healthy life.”

Vongsachang has volunteered at the Riverside Free Clinic, was student director of the medical school’s Inaugural Vulnerable Populations Selective, and the medical student representative in the Latino Health Riverside Steering Committee.

Vongsachang is proud to have been a part of the medical school’s pioneering culture and traditions, which she has helped shape as a class representative for three years. During that time, she provided student feedback on curriculum to the administration and worked to build a supportive classroom environment through a program called Big Sib/Little Sib.

“I have also been involved as a leader in multiple student organizations, for example Emergency Medicine Interest Group and Medical Spanish Selective,” she said. “I am grateful for the support and mentorship I have received to have made it thus far. Medical school is difficult, but it’s the people around you that make that journey possible and so much more enjoyable.”