A winding road to studying autism

Yasamin Bolourian didn’t take a straightforward path to becoming a researcher specializing in child autism, but the long journey allowed her to find her calling.

Bolourian earned her doctorate in special education from UC Riverside’s Graduate School of Education in winter 2018 and plans to walk in the June commencement ceremony.

The 30-year-old student, who was born in Miami and raised in Southern California, did not originally plan for a career in education. She thought she would attend law school after graduating from Boston University with a degree in sociology. 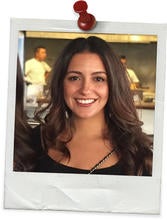 But during an internship with a family law practice in Ventura County, she worked with families going through divorce, as well as abused children.

“I realized it wasn’t really the law that I loved; it was families,” Bolourian said.

She switched gears and began working at a teen center in Thousand Oaks and took counseling classes. She earned a master’s in clinical psychology from Pepperdine University with plans to become a marriage and family therapist.

That led her to a position as a project coordinator at the UCLA PEERS Clinic, where Bolourian began working with teenagers with autism and fell in love with research. It combined her interest in family dynamics with a desire to help patients understand the challenges associated with an autism diagnosis.

Bolourian said UC Riverside was her top choice when she began looking at education programs, mainly due to the work of Jan Blacher, founding director of UCR’s SEARCH Family Autism Resource Center.

She described Blacher as a role model in her research studying the impacts of children with intellectual and developmental disabilities, and in her ability to mentor and lead students.

Bolourian has worked closely with Blacher and Katherine Stavropoulous, the center’s assistant director. Under their mentorship, she learned to conduct autism assessments of children and young adults, co-authored several studies, and presented research publicly.

“Families who are understanding their children’s developmental disabilities are at the very beginning of an often difficult journey,” she said. “Here, I’ve been able to see children from the time of identification, and I’m able to walk families through that very early process.”

She plans to continue with the center in a two-year postdoctoral position, after which she wants to stay in academia, where she can work with both students and families.

Bolourian said the steps she’s taken and what she’s learned along the way have better prepared her for where she is now.

“I really see it as a strength,” she said. “Going through the winding road, it was really challenging, but I think it’s complemented my work and helped me grow.”