Christopher Garza never knew how much he would love helping his community.

Until his second year in high school, Garza had focused on school and playing video games. Then he discovered Raincross Boxing Academy, an afterschool program in Riverside’s Eastside community. Now 21 and a third-year student at the University of California, Riverside, Garza spends all his free time volunteering at Raincross.

His commitment to this nonprofit, established by Riverside police detective Mario Dorado and UCR alumna Celia Miranda, ’16, has earned him a new title: director of operations. This volunteer-based position allows him to work with about 40 UCR undergraduates, graduate students, and alumni who believe in the organization’s core mission of providing a safe space for at-risk youth. The gym opens from 5-8 p.m. Monday through Friday and sees 200-300 children a month. 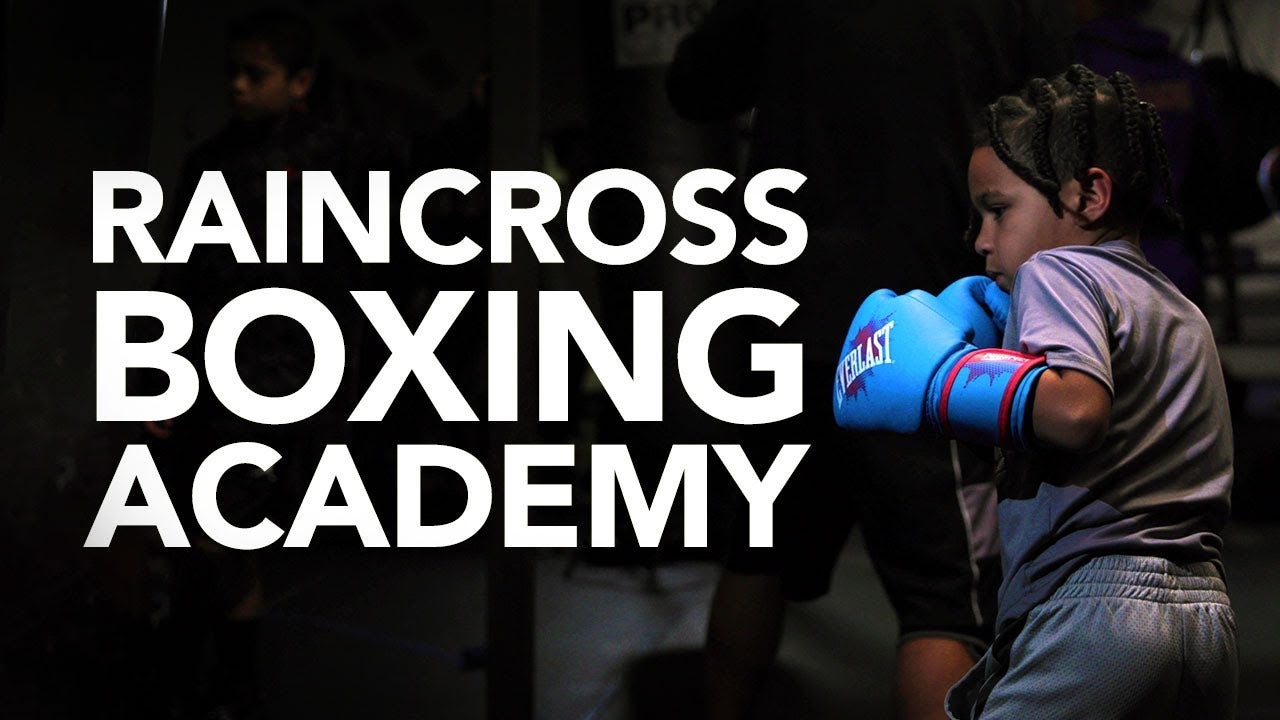 The Eastside neighborhood is one of the oldest in the city, with about 17,000 residents and a median household income of less than $40,000. In some areas, gang-related violence, drugs, and challenging relationships between residents and the police department are all too familiar.

Garza was 15 when he began attending Raincross. He wasn’t raised on the Eastside, but connects well with the community, he said. It was Miranda who mentored him and showed interest in helping him with homework. She also encouraged him to consider attending college.

“I had a very disconnected feeling growing up. Up until high school, I wanted to grow up and leave this town,” said Garza, a political science major with a concentration on public service. “But I came here and started feeling that connection to the city. We volunteered all the time, helped at the local food bank, worked with the Riverside Police Department; I didn’t know the extent to which police departments support community efforts and programs that are being developed, many that are primarily designed for at-risk youth.”

This change in perspective keeps Garza motivated to spend 15-20 hours a week at Raincross. It’s a position that is teaching him new skills, particularly quick thinking and multitasking, as his job requires juggling everything from volunteers to social media.

On the weekends, Garza works at a movie theater.

The dream of the 3,500-square foot gym became a reality when Dorado met Miranda and told her he wanted to offer a unique boxing gym, free of charge. Miranda, a certified boxing coach under USA Boxing, had co-founded UCR’s boxing club, Highlander Gloves and was willing to rally up UCR students to help tutor, mentor, and train the kids.

“Within a five-mile radius, there are about 15 boxing gyms, and I wanted to be different,” said Dorado, who joined Riverside Police Department 21 years ago. Financial support for Raincross comes primarily from the Riverside Police Foundation, the Riverside County District Attorney’s Office, and the Riverside County Probation Department. “For one year I researched, looked for support. Now we have a team that is very disciplined; it’s fully staffed and regulated by young people. They know it’s a business. It’s kids’ lives at stake, and we take it very serious.”

Dorado refers to Miranda as a daughter and values her input.

For Miranda, partnering with Dorado was an obvious choice. As a first-generation student, she understands the difficulties faced by low-income communities. And as a passionate fan of the sport who boxed in her first amateur fight at the age of 16 in her native San Diego, she too was looking to establish a boxing program.

“I love this; I started this along with my team,” said Miranda, 26, a political science major with a public policy concentration. Her official Raincross volunteer title is chief executive officer, but before arriving to the gym in the evenings, she runs her own business, Raincross Barbershop in Jurupa Valley. She’s also working to earn a leadership and organizational excellence certificate through UCR Extension Center.

Among the students Miranda has helped mentor is Rosendo Cervantes. The 21-year-old is now a Moreno Valley College student waiting to hear back from several universities with architectural programs.

His younger years in the Eastside were plagued by homelessness, drugs, gangs, and a mother who often needed his care.

“I want to build houses. I want to build my mom a house so she never has to be homeless again,” said Cervantes, who has worked in construction sites alongside his father since age 7.

Raincross became his safe haven, and it’s where he became an amateur boxer.

“I just wanted a place to feel safe, to take out that aggression I had at the world without really hurting anybody,” Cervantes said. “(Raincross) became that magical place; it brought me into a good environment — and it’s free.”

By 5:30 p.m. each evening, the place is buzzling with young voices asking for math and writing help. Raincross mandates that each participant do one hour of homework. The other two hours are dedicated to exercising, hitting the punching bags, or sparring for those who want to pursue amateur boxing.

“UCR has drawn the attention of people who come from different backgrounds and experiences; students from out of town, out of state, out of country. What unites everyone, is their passion for giving back,” Garza said, referring to the UCR volunteers. “What’s important for me is helping those in the community. We are part of a new generation of people who want to take action, who are starving to take action and help the community around us.”