The University of California, Riverside, is the first UC campus to offer Cahuilla language as an accredited language series.

Cahuilla, the language of Southern California Cahuilla Indian Nations, is offered by the Department of Comparative Literature & Languages at UCR. This four-class series includes three lower-division courses and one-upper division class, which satisfy undergraduate foreign language requirements for most of the College of Humanities and Social Sciences majors.

Doctoral student William Madrigal Jr., a member of the Cahuilla Band of Indians, has been teaching three of the four classes since their inception in winter 2018. The courses are open to all UC students and Cahuilla tribal community members, thanks to concurrent enrollment.

“The interesting thing here is that Cahuilla is not a foreign language because it’s very much local and indigenous to Riverside County,” Madrigal Jr. said. “Students are learning more than just the mechanics of the language. They are learning about a rich and vibrant culture. They are introduced to the Cahuilla culture, philosophy, and worldview.” 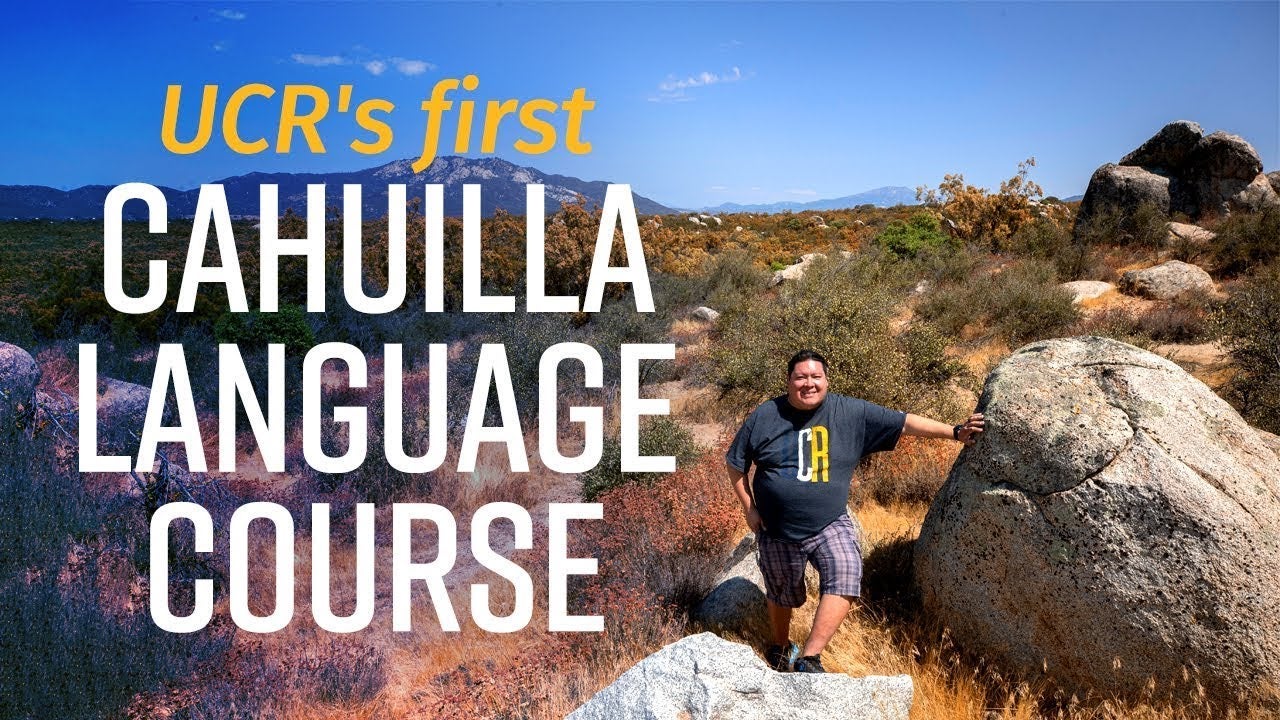 Madrigal Jr., 38, who is working toward a doctorate in Native American Studies, is a member of one of the 10 existing Cahuilla sovereign nations. Growing up on the reservation, located in Anza, about 75 miles south of Riverside, he felt an obligation to attend college and help revive a language that had been suppressed — and almost eradicated — by federal government mandates.

Over 150 years ago, the United States federal government dispersed Native Americans into reservations, sending young children to boarding schools where they were forced into assimilation and only allowed to speak English. The practice of stripping Native Americans from their California lands started around 1850, and as early as 1830 in other parts of the country.

The Cahuilla currently reside on 10 different reservations, their total population ranging from 3,000-5,000 people. Before being separated, their population was more than double that amount, Madrigal Jr. said.

Cahuilla elders and leaders held onto their native language and continued to share oral histories, traditions, and culture with the rest of the families and community throughout this trying period.

“Knowing that our origins were special made me proud growing up,” Madrigal Jr. said. “I’m proud of who I am and where I come from.”

Creating and funding these courses at UCR became a multiyear process supported by UCR Chancellor Kim A. Wilcox, as well as the university’s administration, faculty, graduate students, and the Office of Diversity, Equity & Inclusion, Madrigal Jr. said.

The campus itself sits on land where Cahuilla, Tongva, Luiseño, and Serrano people once lived and thrived next to the Santa Ana River.

Madrigal Jr. said the Cahuilla language revitalization movement started roughly 50 years ago, when less than a dozen elders spoke the language daily. Now, because of their efforts, there are hundreds of Cahuilla learners who are working with linguistic and anthropological materials recorded long ago to bring Cahuilla back.

“We’re trying to save the essence of our identity inextricably linked to the Cahuilla culture,” Madrigal Jr. said.