A career forged by life experiences

Jamal J. Myrick went from being a high school teen who never considered attending college to a self-published author.

He is now the director of African Student Programs, or ASP, at UC Riverside. His leadership ability is forged from personal experience, critical race theory, and his own struggles through the educational system, all which equip him with the knowledge and skills to lead.

“Now I can share my story with my scholars,” said Myrick, who was named ASP director in May 2020, making him the second youngest director since 1979.

Myrick came to UCR in 2014 as a resident director at East Lothian. Prior to arriving at UCR, he served as the graduate conference coordinator for Loyola University in New Orleans, and worked for the United Negro College Fund and Families USA while also serving as the national director for Progressive Black Men, Inc., a non-profit established at the Florida State University campus.

UCR’s Black student population is roughly 800; 50% are first-generation and about 49% are Pell Grant eligible. Myrick said his mission is to let these Black students know ASP is a space for advocacy, and one that helps undergraduate and graduate scholars remove barriers that may hinder their educational journeys.

Myrick said he understands that many Black scholars, especially first-generation students, face a litany of challenges, often times due to the lack of access and guidance through the academic setting. He wants to shift that narrative.

In high school, his white AP English teacher told him he would never graduate, although his grade point average indicated otherwise. When he contemplated moving up the management ladder at the local grocery store where he worked, his American history teacher, a Black woman, encouraged him to apply to college.

Myrick acknowledged a lack of focus during his first year at Florida State University, eventually withdrawing from the university his junior year. At the behest of his friends, he reenrolled. He rebounded and returned with renewed focus, improved his grades, secured internships, and conquered new academic challenges.

“When I’m looking at the future of ASP, it’s both recognizing our past and creating a new narrative,” said Myrick, who earned a bachelor’s degree from Florida State, a master’s degree in higher education from George Mason University, and a doctor of education from Azusa Pacific University. 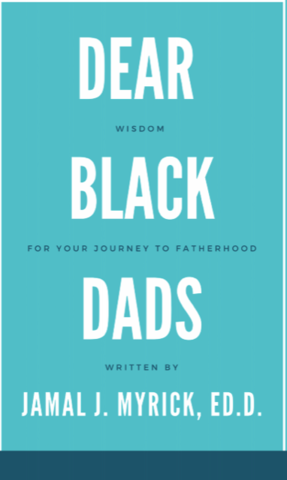 Myrick said he intends to share students’ counternarratives, meaning he prefers to focus on students’ positive life experiences and contributions. This will be a way to uplift students, or scholars, as he prefers to refer to them.

“I think a lot of times people approach Black scholars and people in general from a deficit perspective … why are they not excelling in this and that?,” Myrick said. “It’s important that we tell stories from an anti-deficit approach that uplifts the various forms of Blackness in our communities.”

Included in this anti-deficit narrative is his own. In his 2020 self-published book, “Dear Black Dads: Wisdom for Your Journey to Fatherhood,” he counters the perceived notion that Black fathers are absent for their children’s lives. When he became a father a few months ago to his daughter, Karter, he didn’t feel any of the parenting books he read spoke to him or the experiences of other Black fathers.

So he took it upon himself to create an easy-to-read book for Black dads looking to reimagine fatherhood. His book includes the voices of more than 20 fathers, all from various walks of life, who offer genuine insight. Myrick warns the book is not an instruction manual on parenting, but rather a raw perspective of Black dads wanting to be involved, willing to break gender norms, and be fully present.

“Dr. Jamal Myrick is a wonderful addition to our team,” Mata said. “He has the knowledge base and collaborative spirit to lead African Student Programs to ensure our students will receive the high-quality service they deserve.”

“As the director of African Student Programs, Dr. Jamal Myrick has been a resolute leader amidst adverse and uncertain times,” Thomas said. “He has engineered strides to increase ASP's visibility, engage Black scholars, and work within UCR's surrounding and campus communities.”

Even through the pandemic, ASP has not stopped to rest, Myrick said. His team is also keen on outreach and rebuilding relationships on campus and with surrounding communities.

“My team works really hard to create these experiences for our Black scholars,” Myrick said. “When you need a Black scholar for research or an internship, this is the space you need to think about in the Inland Empire.”