Billionaires in the great beyond

UCR scientists weigh in on the first successful civilian trip to space, and the ethics of being a billion-dollar rocket man

On Sunday, July 11, Virgin Group founder Richard Branson flew to space in a rocket he spent 17 years and $1 billion creating. Several aspects of Branson’s flight, and for those planned by other billionaire business magnates, have been the subject of criticism.

Here, UC Riverside space and science faculty weigh in on the merits and implications of private commercial space flight. 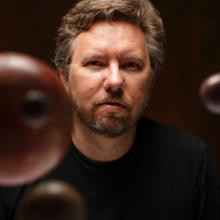 Q: How do you answer those who believe the money spent on the flight could have been better used elsewhere?

A: When people say, “What a waste of money!” I have to ask: whose money? Branson is a private citizen. Are these critics saying there should be an income threshold beyond which people are told how to spend their money? If Branson had used the money to buy a tropical island, no one would have objected. Instead, he invested in advancing space frontiers and that’s...bad? This argument neglects the huge positive impact this achievement has had on research and development and careers in STEM.

Many people feel that the ultra-wealthy, like Branson, should be taxed at higher rates, and I agree. Often, the rich take advantage of some sketchy tax haven activities that dampen even their philanthropic efforts. My feeling is that folks like Branson should invest in space and pay higher taxes. However, if we’re saying rich people shouldn’t go to space until they pay more in taxes, I don’t think we’ll ever see the rich do useful things with their money. It may be an extremely long time before tax reforms occur.

Q: Do you have any concerns about the dawning of an age in which commercial space flight becomes more accessible?

A: Friends of mine have made the excellent point that there is a slippery slope regarding the lack of regulations with respect to space commercialization. We’re already seeing the consequences of this with Elon Musk’s Starlink program. So, there is an ominous aspect to this in which companies are writing space regulation policies where none exist. This should be happening via international agreements.

I also feel it is important that negative public perception of Branson’s flight could actually hurt the space industry. If it is indeed widely seen as a nothing more than a rich-person vanity-fueled joyride, then the public is going to shift its view of all space endeavors, including NASA (which the public really DOES pay for). Since there are many people who viewed the event that way, then that's bad, and could have been handled much better.

Q: As a person who has dedicated his life to space exploration, are you in favor of commercial flights like Branson’s?

A: Overall, I saw the whole event as an extremely positive thing. If Branson, Elon Musk, or Jeff Bezos want to race toward space, then I say more power to them. We will all eventually benefit from this. If we’re saying that billionaires should only be allowed to do things that don't attract media attention, then we're restricting them to sitting in their penthouses and buying tropical islands, and that doesn't sound good for anyone.

Kane is a key player in NASA’s newly announced twin missions to Venus. He is on the science team for DAVINCI+, which will probe the acid-filled Venusian atmosphere for noble gases and other chemicals. He also collaborates with VERITAS, which will reveal whether the planet has active plate tectonics or volcanoes. 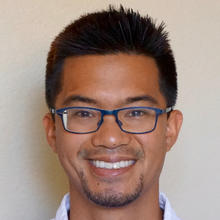 “The sheer amount of resources required for any significant space tourism should cause people to pause.”
— Tanedo

Q: Is space a good place for tourism? What are the pros and cons?

A: One danger of space tourism is radiation. Without the atmosphere shielding the most dangerous cosmic rays, astronauts on the international space station, or ISS, are subject to over 300 times more dangerous ionizing radiation than someone on Earth. Each day on the ISS is close to one-tenth of the annual maximum occupational radiation dosage set by the US Nuclear Regulatory Commission.

Q: What value could the rich, like Richard Branson and Jeff Bezos, bring to space exploration? How could they help boost research and interest in this topic?

A: The sheer amount of resources required for any significant space tourism should cause people to pause: how many students could we support through four years at UCR per space flight ticket? There may be one silver lining. Astronauts often describe an “overview effect” of seeing the Earth from outer space and appreciating its tiny fragility in the context of the universe. If someone has the personal resources to send themselves into space, perhaps the experience will encourage them to lend some of those resources to the work of protecting our planet. 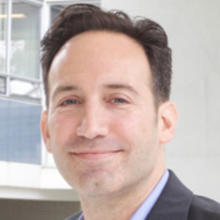 “It is basically an expectation by the general public that billionaires recognize their social responsibility to local and global communities.”
— Carpiano

Q: In a time of record-setting heat and wildfires, it’s argued that the billionaires’ money would be better spent addressing climate change, or clean drinking water. Do the wealthiest among us have a moral obligation to focus their “extracurricular” spending on projects that benefit the public good?

A: The simple answer is “Yes.” In providing an explanation, three quotes come to my mind, which I use to frame my answer, as all three highlight the moral dimensions of such an issue.

The idea that a millionaire or billionaire is “self-made” is entirely a myth. Whether you are Richard Branson, Jeff Bezos, Bill Gates, Oprah Winfrey, or even a star athlete or actor, accomplishments and fortune require resources from a society to enable that success to happen — whether it is public schooling, public infrastructure, the labor of others (think even school teachers), taxpayer subsidies, or many other things.

In 2021, it is basically an expectation by the general public that billionaires recognize their social responsibility to local and global communities and maintain a prominent philanthropic program.

“We’re all built up with progress / But sometimes I must confess / We can deal with rockets and dreams / But reality / What does it mean?” — Singer-songwriter Curtis Mayfield (1972)

Hyping a feasible means of providing space tourism is not exactly the science news that our world needs. At this time, the world needs a lot from their segment of society — especially for them to keep their heads (and wealth, power, and moral obligation) a little less in the heavens versus right here on planet Earth.

Professor of sociology and chair of labor studies 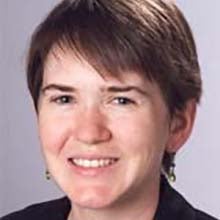 “It is a stark reminder of just how enormous the inequality has become between corporate executives ... and ordinary workers.”
— Reese

Q: What does it mean for us regular folks when billionaires like Jeff Bezos create private space programs?

A: It is a stark reminder of just how enormous the inequality has become between corporate executives of some of the largest and most powerful corporations and ordinary workers. While Bezos is investing a fortune in a private space program, spending additional money on anti-union consultants, and benefiting from corporate tax loopholes, many of those who work hard every day inside Amazon warehouses and make deliveries are still not paid a living wage or enough to support a family.