The queen is dead. Will the monarchy survive? Should it?

The distinction between 'head of state' and 'head of government' is a useful one, experts argue

Sept. 8, Queen Elizabeth II died at 96 after a 70-year reign, the longest of any British monarch in history. We asked a UC Riverside British history expert, Jonathan Eacott, and a British-born UCR political scientist, Shaun Bowler, to assess the future of the monarchy.

Q: At the queen’s passing, Boris Johnson said, “… We understand the vital role she played, selflessly and calmly embodying the continuity and unity of our country.” The role is largely ceremonial, but does the monarchy still serve a purpose for the British people?

For the U.S. and France, the president is both head of state and head of government. Which means criticism of the president can be hard to pull off without it coming across as criticizing the republic. Britons can criticize the prime minister all they want — they are criticizing the government of the day, not the state. It’s a useful distinction to have.

The heads of state are above politics and generally are supposed to represent and reflect shared values, not just partisan ones. Especially useful, perhaps, in light of politicians like Johnson.

Q: Beginning with the Magna Carta in 1215, the British monarchy began a long descent in its political influence. Is the monarchy today strictly ceremonial, or does any political power still rest with the monarchy?

Eacott: The monarchy is not quite strictly ceremonial, but the available powers are extremely limited by long-standing conventions. The monarch can dismiss a prime minister — the head of government — who has lost the support of parliament and refuses to resign, but nothing similar to this has happened in nearly 200 years.

The monarch cannot be charged with a crime, does not need a driver’s license or passport, and has the power to pardon others. Rarely, after an election in which no party receives a majority of the seats in the House of Commons, two different minority parties might be able to claim the ability to form the government. In this case the monarch might be able to attempt to influence negotiations over which party would be in control. Queen Elizabeth II made clear that she would not participate in these negotiations.

Eacott: The monarch meets regularly with the prime minister in strict privacy but can only offer advice. Additionally, there is debate over whether the monarch should invoke a right to attempt to influence government policy with public statements, lobbying, or other activities.

Q: The cost of maintaining the monarchy is about $100 million American dollars, a source of consternation among British taxpayers. What would have to happen for the monarchy to be “dismantled,” the royal palaces auctioned off to the highest bidder?

Eacott: There are a few reasons to expect the institution may survive, for better or worse, for the foreseeable future.

First, many people argue that there are advantages in having a separate non-partisan head of state (the monarch) from the head of the government (the prime minister). In the United States, in contrast, the president embodies both roles, at least in the executive which has been growing in power. When an elected politician is also head of state they can use the latter position as a political shield to stifle or deflect legitimate political criticisms and as a tool to gain unfair advantages over their political opponents who do not have access to the ceremony and gravitas of being head of state.

Second, the monarchy is costly but it is also an institution that many Britons see as a part of their nation and that creates a sort of cultural industry for Britain — many people in many countries enjoy reading about and watching the British royals. They are some of the original celebrity influencers, not least in the United States. The monarchy therefore sells interest in a particular form of British culture domestically and attracts interest and tourists to Britain from abroad. Buckingham Palace, the Changing of the Guard, Windsor Castle, and royal weddings are all huge draws, and so too are the scandals.

Third, the monarchy has lasted a very long time — nearly 1,000 years since the Norman Conquest, and there were kings before that. The English ended it only briefly in the 17th century. Many people are attached to it, and it has a powerful nostalgic and ceremonial role especially in conservative visions of Britain.

Fourth, one thing that has ended monarchies in the past has been the flexing of strong monarchical political muscles beyond the willingness of the people to accept or endure that power, and in an environment where effective resistance was possible. Under the current British constitution the monarch does not have enough muscle to flex to politically oppress the British population, making a political fight over ending the monarchy not a priority for many Britons, especially given the place of the monarchy today as a cultural institution.

Still, things may be changing. A recent YouGov poll has indicated that more 18-24 year-old adults in Britain would rather end the monarchy than keep it, but older adults remain strongly in favor of sticking with the royals. The question often arises in the commonwealth countries that share the British monarch, including Australia and Barbados, the latter of which has recently abolished the British monarchy as its head of state. Too many scandals, too much cost, too much attempted political meddling, and an increase in public belief that the monarchy represents an imperial, racist, or anti-democratic history that no longer reflects the values desired for a 21st-century Britain, could all significantly increase support for ending the monarchy.

Q: The queen reigned for 70 years. For more than 90% of population, there has only ever been one monarch on the British throne. Do you have a sense of the extent to which Queen Elizabeth’s passing is disruptive and unsettling to the British people? 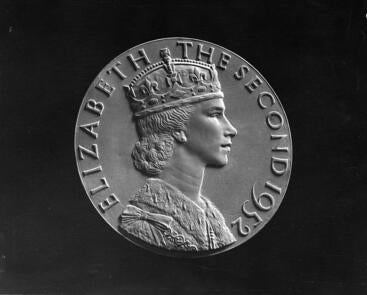 Bowler: That change will take some getting used to because she has always been ... there. The queen was present for a long time and in lots of different ways. Every day, people see an image of or come in contact with a reminder (often quite implicit) that there is a queen. It's been the same person on your banknotes and stamps and in the newspapers. When the TV news talked about “the queen” when you were in first grade, it’s the same person who was on the news when your kids started first grade, and when your grandkids did, too. Which means — for the UK — the queen has been consistently "present" everywhere and for a very long period of time. And so yes, it will be a bit unsettling.

Q: What differences might we see in the reign of King Charles III, as opposed to Queen Elizabeth II?

Eacott: Many royal watchers wonder if we might see a more political, and publicly political, monarch. Queen Elizabeth II honed an image as being extremely sensible, devoted to Britain, and above politics — as an embodiment of the state itself as opposed to a part of the sordid machinery of politics or government. This persona developed as early as her teenage years during the second World War. The then-princess gave inspiring talks to young people on the BBC and enlisted in the British army as the "Princess Auto Mechanic." The queen also believed deeply in the commonwealth, a complicated and problematic legacy of the British empire, and as the queen of the commonwealth she advocated against apartheid in South Africa in the 1980s. This persona was not necessarily benign. Intentionally or not, the Queen's persona often provided a positive regal veneer for an empire and imperial decline that was often brutally violent and racist.

Charles has not crafted a similar image for himself yet. Some of his choices and his failed relationship with Diana, late Princess of Wales, have not endeared him to the British public. But history has many examples of people who manage to substantially change how the public perceives them, and Charles could still end up loathed or loved. Charles has, for instance, championed environmental issues. There is also a sense that he may be a bit of a placeholder, that any significant change might more likely come with the next monarch who will represent a substantially different generation, a generation that has grown up in a now much more multicultural country than the one of Elizabeth's or Charles' youth.