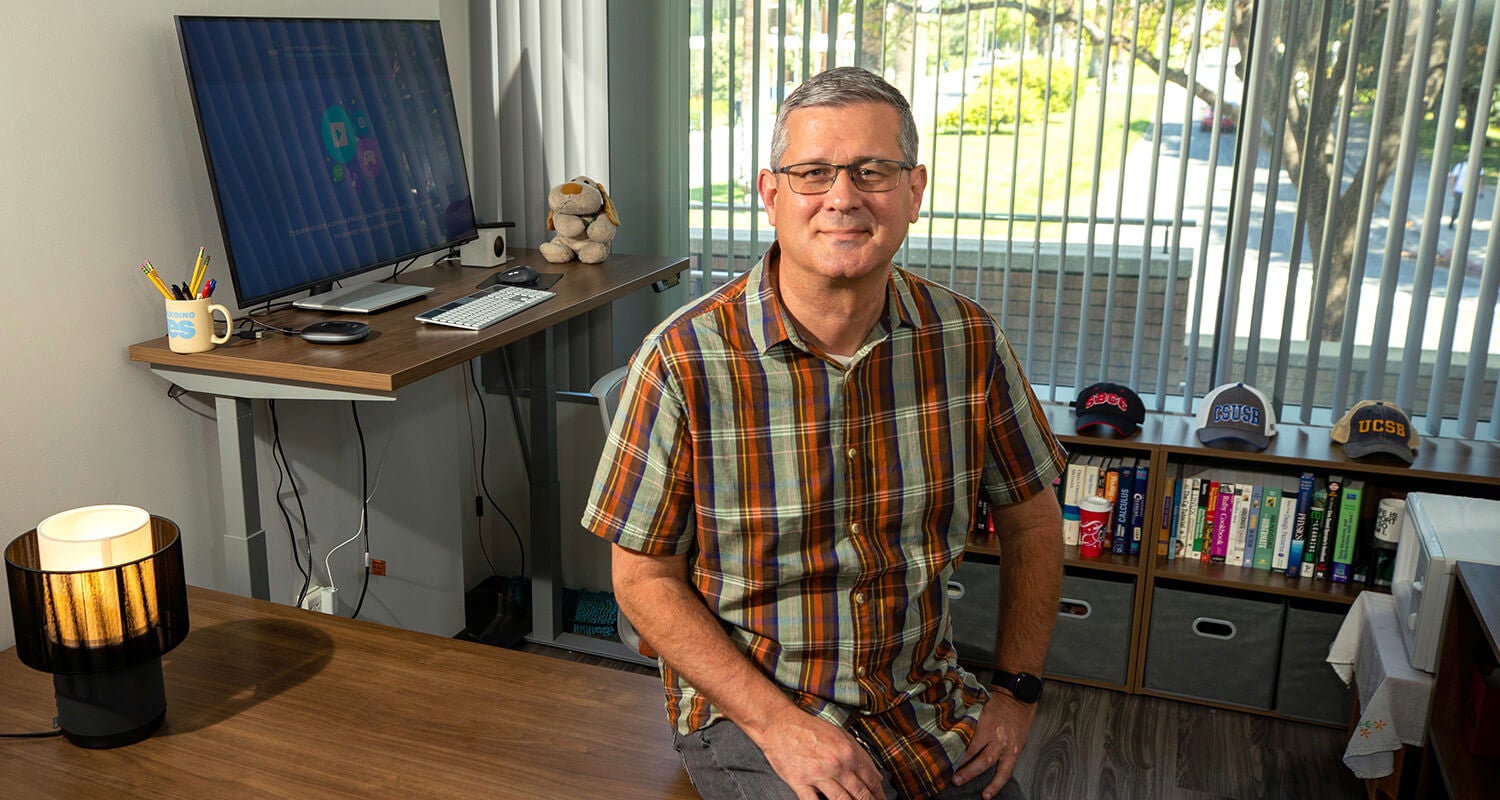 llan Knight knew his first request for office equipment — a 55-inch smart TV — needed a little explanation. “I told our purchasing department that it wasn’t so I could watch Netflix in my office,” said Knight, with a laugh. “It’s actually so I can collaborate with students.”

Knight, an assistant teaching professor in the Department of Computer Science and Engineering, joined UCR in 2020, although COVID-19-related campus shutdowns meant he taught online for a year before getting the keys to his office — and the ‘OK’ for his oversized TV. Now, when students pop in during office hours, Knight can troubleshoot coding problems without having to huddle.

“I want them to feel comfortable sharing without being too close,” he said. “The big screen makes it really easy to collaborate while still maintaining space.”

Knight was hired to fill one of several newly created positions in the Marlan and Rosemary Bourns College of Engineering that focus on undergraduate education and teaches classes in programming and computer architecture, instructing about 200 students each quarter. The student-centered position is perfect for Knight, who loves teaching and considers himself a second-generation professor.

“My dad is one of three brothers, and he’s the only one who is not a professor,” Knight said. “I was raised around that, and a lot of my approach to interacting with students is based on what I observed as a child.”

Growing up in the San Gabriel Valley, Knight remembers himself as “a terrible high school student,” and “kind of off-and-on” in his early college career. Classes at Riverside Community College paved the way to California State University, San Bernardino, or CSUSB, where he graduated with a bachelor’s degree in computer science in 2000. He was 30 years old.

“I like to share that with my students,” Knight said. “What I really want them to understand is that if the plan doesn’t go the way you want it to, make a new plan. There’s no prescribed way to get where you want to go. I am definitely an example of that.”

Knight worked in industry for two years before being accepted into graduate school at UC Santa Barbara, or UCSB. At the beginning of his fourth year in graduate school, he was asked to teach at CSUSB during the 2005-2006 academic year and jumped at the chance. After returning to UCSB to finish up his doctorate, he spent another decade in industry before transitioning back to teaching — part-time at Santa Barbara City College first, and then full-time at Ventura College and UCR. Coming back to the classroom after a 10-year hiatus, Knight said he was struck by the increasing amounts of stress faced by today’s students. Those feelings crystallized in 2017, when he learned a former student had taken his own life.

“It really impacted me,” Knight said. “I was always honest with my students about my background — that as a teenager I suffered from depression and thoughts of suicide, and that I got the help I needed and they can too.”

Knight now makes a point to talk to students about on-campus resources.

“On the first day of class, I talk about the stress students are going through and the services that are available,” Knight said. “I know there have been students who have been helped by that, and for me, that’s a big part of the good that comes from being in this position.” 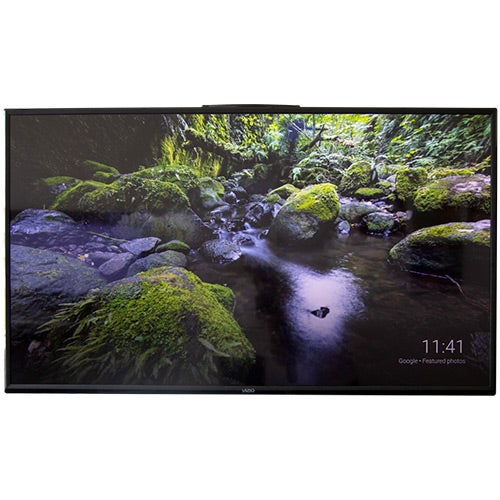 Technology is central to Knight’s teaching and a 55-inch smart TV helps him connect with students. “This is my Zoom station, my whiteboard, and also how students share coding,” Knight said. “This technology has allowed me to keep in touch with my students so that I can juggle having office hours with students both in-person and online. It was the vision I had coming in for my office and it’s worked out. UCR has been an incredibly positive experience for me. I’m really glad to be here.” 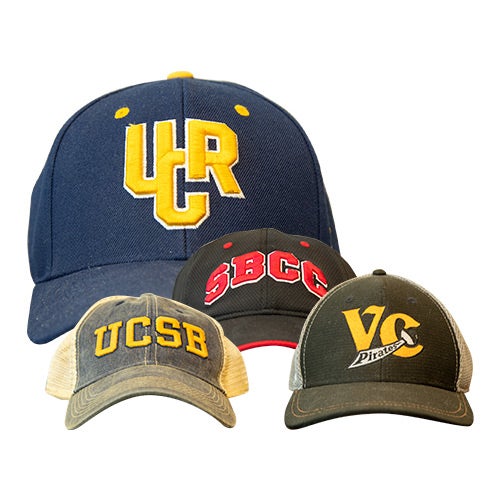 At an orientation event for his teaching position at Ventura College, Knight was given a swag bag with a school-branded baseball hat. “It’s a great hat and that got me thinking I’d like to have one from everywhere I’ve taught,” he said. The collection now includes hats from Cal State San Bernardino, Ventura College, Santa Barbara City College, UC Santa Barbara, and UCR. “I like what it represents,” Knight said. “We have the California public college system right here — community colleges, the UCs, and the Cal State system.” 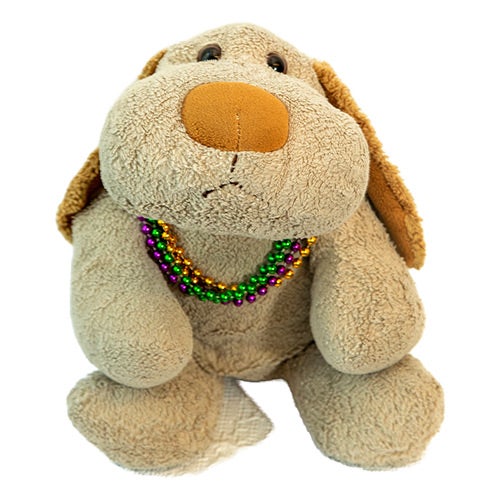 Why did Knight move from Santa Barbara to Inland Southern California? For a dog, of course. “My wife and I wanted a dog but trying to find a suitable house in Santa Barbara is an expensive undertaking,” Knight said. “One day she turned to me and said, ‘so where else can we live?’” The couple started looking for jobs near Riverside, and, once settled, a 2-year-old pit bull called Ruby joined their pack. While Ruby rarely comes to campus, Knight is joined by Happy, a stuffed pup his wife bought him 19 years ago, before they were married. Happy, who is named after one of Knight’s childhood toys, has visited many college campuses, countries from China to Sweden, and even been to Mardi Gras at the Barn. 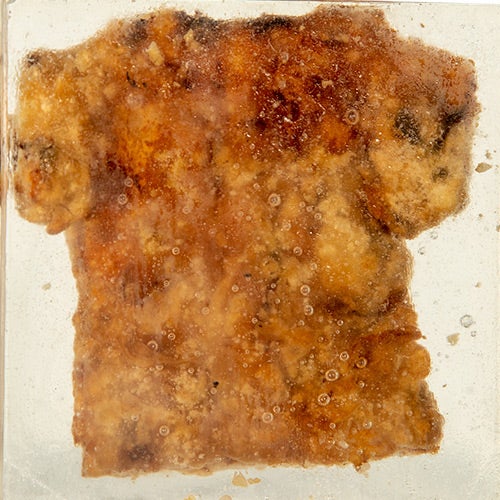 Knight has received various gifts from students over the years, with one requiring more explanation than your average coffee mug or plant. “One of my students, Jordan, gave me this gift for helping him out,” Knight said of a miniature deep-fried shirt encased in an acrylic display. “It comes back to an episode of ‘The Simpsons’ where Homer is at the fair wearing a shirt that’s been deep fried. Homer tells Marge, ‘See, I told you they could deep fry my shirt,’ to which she retorts, ‘I didn’t say they couldn’t. I said you shouldn’t.’” Knight refers to this exchange when he guides students toward making sound decisions — both in and out of the classroom.