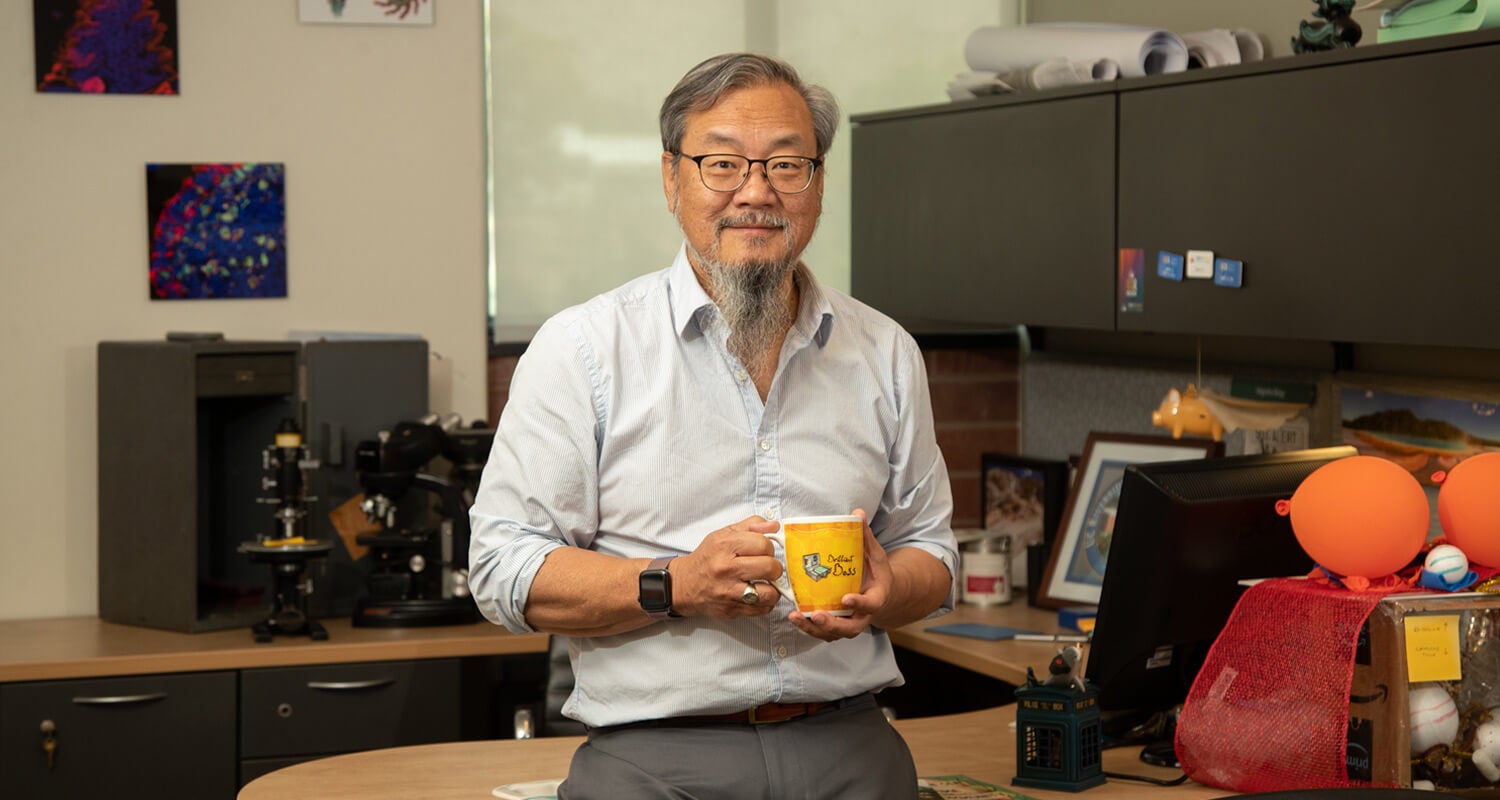 he first thing you might see through the window in Dr. David Lo’s office in the School of Medicine’s Education Building is the giant yellow “C” reclined on Box Springs Mountains in the distance. But then your eye moves swiftly to the interior of his office, to the panoply of objects — microscopes, wall art prints, a model of a flying pig, and a peculiarly shaped ashtray — this distinguished professor of biomedical sciences and senior associate dean for research in the School of Medicine has collected over the years.

Hailing from Bethlehem, Pennsylvania, Lo graduated with a bachelor’s degree in biology from nearby Haverford College, then earned a doctor of medicine and doctor of philosophy degree in genetics at the University of Pennsylvania in Philadelphia. After graduating, he completed a three-year postdoctoral appointment at the university’s School of Veterinary Medicine, then went on to The Scripps Research Institute in La Jolla, California, as an assistant — and later, associate — professor. Lo later joined the San Diego biotechnology company Digital Gene Technologies as vice president of integrative biology, where he began focusing on vaccine development.

A world-class vaccine expert, Lo joined UCR in 2006 after leaving a position at the La Jolla Institute for Allergy and Immunology. Biology has intrigued him since he was a boy, he said, and while in college in the late 1970s and 1980s, he was convinced the most interesting biology lay in immunology, which was beginning to shape up as a distinct field of research. A number of fundamental questions about immunology still keep Lo up at night.

“How does it work?” he said. “There are so many moving parts in the immune system and because they can move all over your body, how do they interact? How do they communicate?”

Much of this is not well understood, he said, and these moving parts react not just with other immune cells but with all the other cells in the body, further complicating matters. Researchers also believe that the bacteria microbiome in your skin, lungs, and gut, which is present even without infections, also interacts with the immune system. This prompts another question Lo wrestles with.

“Bacteria are always around, after all,” he said. “We tolerate all of them in our bodies, but, somehow, they don’t activate the immune system perpetually. Why not?”

Beyond his work in immunology, Lo co-directs the UCR Center for Health Disparities Research, which employs an interdisciplinary and community-based approach to advance understanding of health disparities challenging Inland Southern California, a rapidly growing and diverse region with a shortage of healthcare professionals. His own research is centered around the Salton Sea, the inland body of water straddling California’s Riverside and Imperial counties. In mouse studies, his lab, in collaboration with other researchers on campus, found Salton Sea aerosol turns on nonallergic inflammation genes and may also promote lung inflammation.

It may come as no surprise, therefore, to find a vintage ashtray shaped like the Salton Sea sitting prominently on his desk.

“I have never used it as an ashtray,” Lo said. “I’d have candy on it for visitors, but even that use came to an end when COVID-19 came around.” 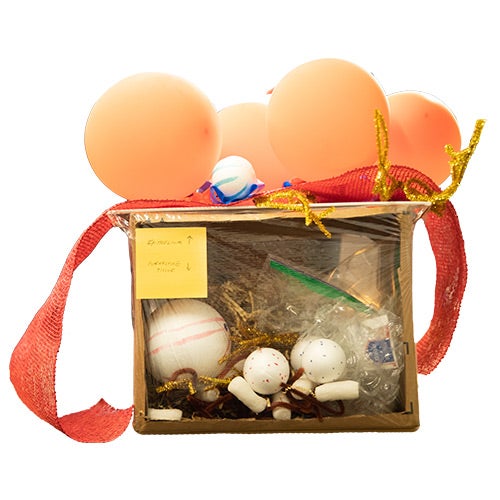 Lo teaches histology and pathology to UCR medical students. The students learn how tissues are organized and how inflammation and infection work. One day, Lo picked up some materials at a craft store and assembled a tissue model in class. It shows, at high magnification, what a micro subsection through tissue looks like. Balloons at the top represent the epithelium of the skin or the lining of the gut. Other materials represent connective tissue, infiltrating cells, a basement membrane, a triple helix of collagen, fat cells, and macrophages. “I keep this contraption in my office in case I need to discuss histology with students who stop by,” Lo said. 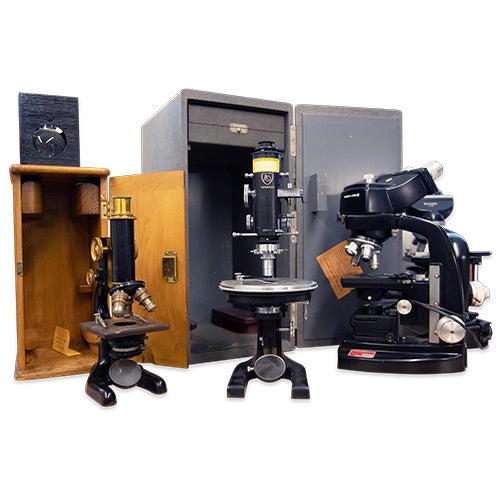 Lo has been collecting microscopes for about two decades. One is an antique that was donated to the School of Medicine. Its lens is a glass bulb with water in it. Lo thinks the microscope is at least 150 years old. The more recent microscopes, each around 80 years old or older, are all functioning. One microscope looks at rock samples. Another is a teaching microscope. “The old microscopes have a single eyepiece,” Lo said. “That’s one way to identify them.” 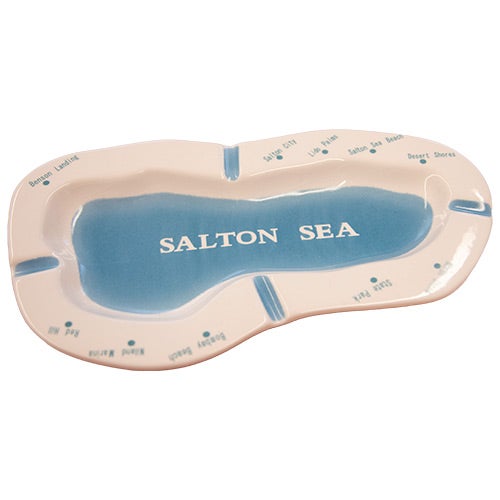 On a visit to Palm Springs, Lo purchased this Salton Sea ashtray. His research in the Salton Sea region supports the idea that the sea plays a role in pulmonary health. His lab’s work in mice suggests that soluble components in Salton Sea water promote a unique inflammation-associated response. “What relationship this response may have to asthma is not yet understood,” said Lo, who also directs UCR’s Bridging Regional Ecology, Aerosolized Toxins, & Health Effects Center, or BREATHE. “We have discovered, in mice, that dust generated at the exposed lakebed around the Salton Sea is producing lung inflammatory responses.” 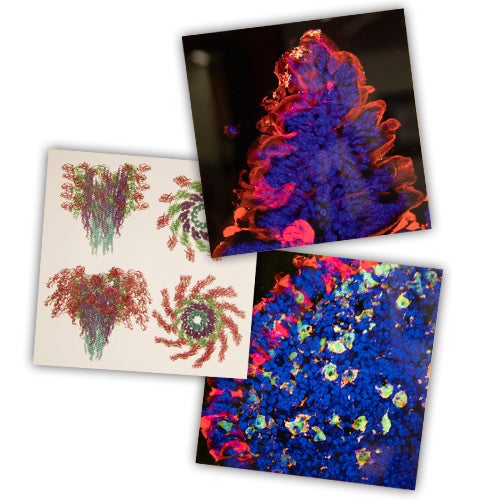 These three prints hanging in Lo’s office may be unconventional in terms of wall art, but reveal his passion for biomedical sciences. The images show closeup views of the intestine, with bright spots marking bacteria; the lymphoid tissue in the gut, with red fluorescence marking immune surveillance M cells; and a vaccine against the dengue virus showing a hybrid protein and bacterial filament. 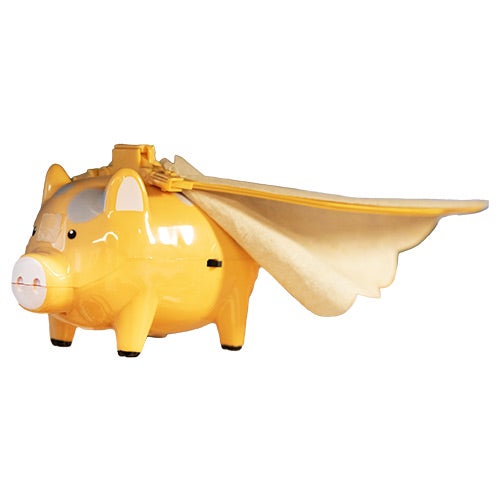 Suspended on a string from a storage hutch on Lo’s desk is this plastic model of a pig with wings. The flying pig was the mascot of Lo’s department in the biotechnology company Digital Gene Technologies. It continues to inspire him. “When you are trying to do impossible things, you say, ‘And pigs might fly,’ because those impossible things may never happen, or you might say, ‘We will succeed when pigs fly,’” Lo said. “Once upon a time, this mascot’s wings would flap, but they don’t anymore.”