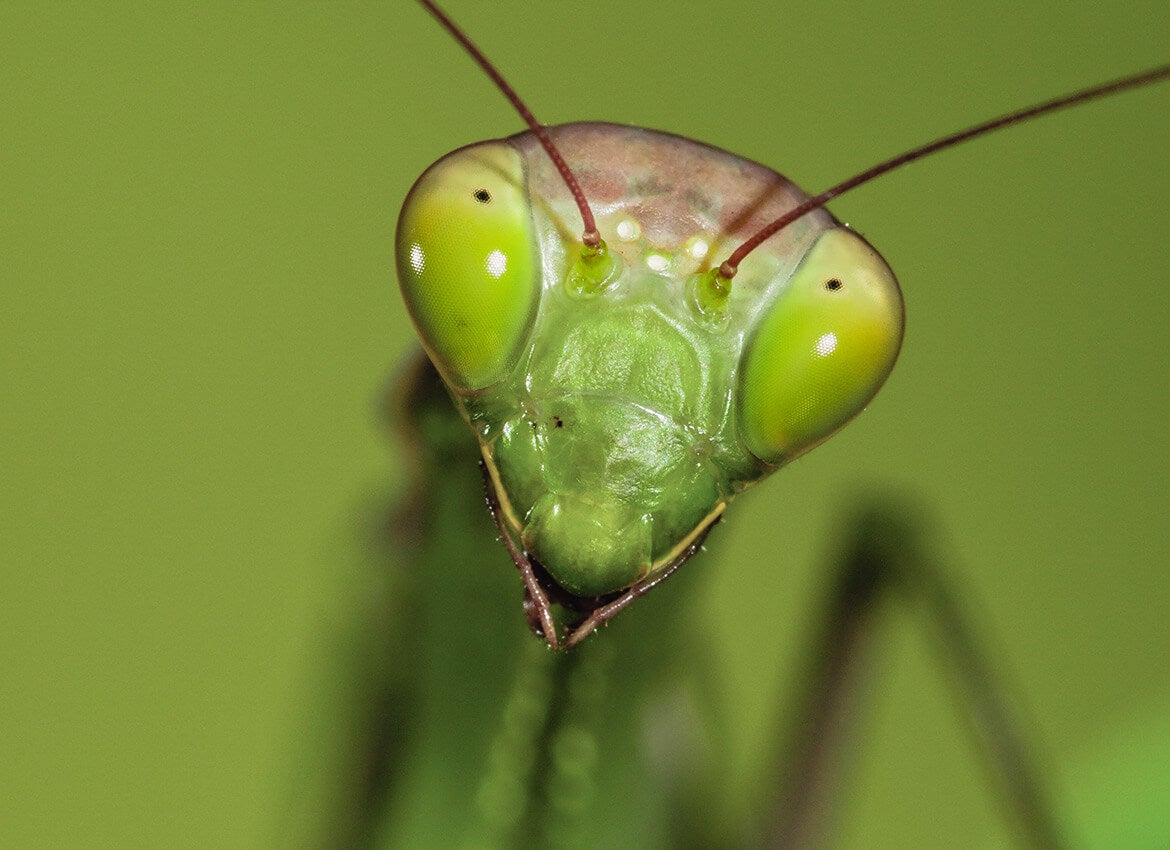 ou never forget the moment when your path in life becomes clear. For Erin Wilson-Rankin, that moment came in an undergraduate classroom at Georgetown University when she learned about a caterpillar that evades predators by flinging its poop.

“It was actually my professor, Martha Weiss, talking about her own research into the silver-spotted skipper butterfly that grabbed me,” Wilson-Rankin said. “As a caterpillar, it shoots its poop so as to keep its leaf shelter clean and not attract natural enemies.”

Wilson-Rankin was hooked. She joined the Weiss laboratory shortly thereafter and started working on a study of how predatory wasps can overcome the leaf shelter defenses of their caterpillar prey.

“The interactions between predators and prey, and between herbivores and plants, really sparked my interest,” she said.

Today, Wilson-Rankin is an associate professor in UC Riverside’s Department of Entomology. Her laboratory is focused on food webs, or the science of who’s eating who — which insects and animals are predators, which ones are prey, and how these roles affect the environment around them. This research is arguably more critical now than ever before. With the rapidly increasing destruction of natural habitat, time is running out to understand the complex ways that insect and animal species work together.

“By understanding food webs, we can essentially start to understand life itself,” she said. “Survival is predicated on having enough to eat and having successful strategies for finding food. Knowing the strategies that insects and other animals use can tell us about the basic requirements for healthy communities of creatures.”

Though the more serious and urgent need to understand our changing environment is at the heart of Wilson-Rankin’s work, so is the excitement of learning about the strange creatures we coexist with but rarely see in detail. Her current collaborative study of large, invasive Asian and European praying mantises is a perfect example of this duality. Both species consume beneficial insects such as pollinators and may soon become recognized as major pests. The study, led by biology professor Jessie Knowlton at Wheaton College, is trying to answer the question of whether these non-native insects are negatively affecting North American agriculture or ecology.

To answer it, the group collected specimens in Massachusetts. Wilson- Rankin is now analyzing the contents of the mantis guts, performing molecular analysis of what’s in their diet. On average, the mantises are between 3.5 to 5 inches tall, which is huge for mantids, she said. One additional factor makes them even more astonishing.

“These are one of the only insects that can look over their own shoulder,” she said. “When they’re eating something between their forelegs that have raptor-like grabbing appendages, they can peek back at you. It’s pretty creepy actually!”

Wilson-Rankin is also researching hummingbirds because they compete with insects for flower nectar and are major insect predators. In a recent study, she and her team discovered that, contrary to popular belief, the tiny birds have an active sense of smell that they use to avoid danger as well as to locate prey. The findings were exciting, she said, because they constitute the first clear demonstration of hummingbirds using their sense of smell alone to make foraging decisions and avoid contact with potentially dangerous insects at a flower or feeder. One particularly important facet of their diets is insects that humans consider pests, like aphids, psyllids, and midges.

“I think most people are shocked to find out that hummingbirds are little flying insect vacuums. They eat any tiny fly, gnat, or nit, and a lot of them,” she said, adding gardeners should attempt to cultivate hummingbirds. “They can do a number on small insects and help keep some of your other garden pests at bay. Attract them, and you’ll get excellent pest control services.”

Another current project finds Wilson-Rankin raising western yellowjacket wasps. Native to North America, they are not as aggressive as some of their sister species, she said. The species is unlikely to nest in human structures, like garages, and they aren’t likely to attack.

“If you run over them with a lawnmower, you’ll upset them, but they’re not defensive when foraging unless you put your hand down on one,” she said. “They’re not intentionally trying to sting you.”

Wilson-Rankin believes this wasp is probably the most important predatory wasp in Southern California, serving as a source of bird food as well as population control for other insects. Some of the colonies can have as many as 1,000 workers, with nests the size of a football, she said. It’s unknown why some of these gigantic colonies only appear annually, while others make it through the winter, becoming perennial. Her laboratory is looking at genetic as well as climate factors and food availability, but they aren’t yet sure what controls it.

Ultimately, Wilson-Rankin hopes others are inspired by the same combination of fascination and awe that has motivated her own research into insect food webs. She said anyone can join an international community of insect lovers, and several websites and apps now exist where members of the public can make observations or take photos of insects, plants, or birds, aiding experts in identifying and categorizing species.

“You don’t actually have to collect anything, and you don’t have to identify things yourself,” she said. “With the advent of community science platforms like iNaturalist, any person can contribute to the greater body of ecological knowledge, and I do hope that they will.”

Formed entirely with small donations from members of the entomology department’s faculty and staff, the Advancing Inclusivity in Entomology Endowed Scholarship Fund provides support for UCR students who have a passion for studying insects but are excluded from research opportunities due to financial, social, or cultural barriers.

Small gifts have great impact at UCR and you can make a difference in the lives of students. Give online at donate.ucr.edu/Winter2022.