To impress females, Costa’s hummingbirds “sing” with their tail feathers

In the world of Costa’s hummingbirds, it’s not size that matters—it’s sound. During breeding season, male Costa’s perform a high-speed dive during which they “sing” to potential mates using their tail feathers.

Unlike related hummingbird species, Costa’s perform their dives to the side of females, rather than in front of them. In a paper published today in Current Biology, researchers at the University of California, Riverside show this trajectory minimizes an audible Doppler sound that occurs when the Costa’s dive. The Doppler effect is familiar to most people as the change in tone of an ambulance siren as the vehicle passes by.

The findings suggest that males can strategically manipulate the way females perceive their displays by minimizing the Doppler sound. This deprives females of an acoustic indicator that would otherwise reveal the speed of their dives. 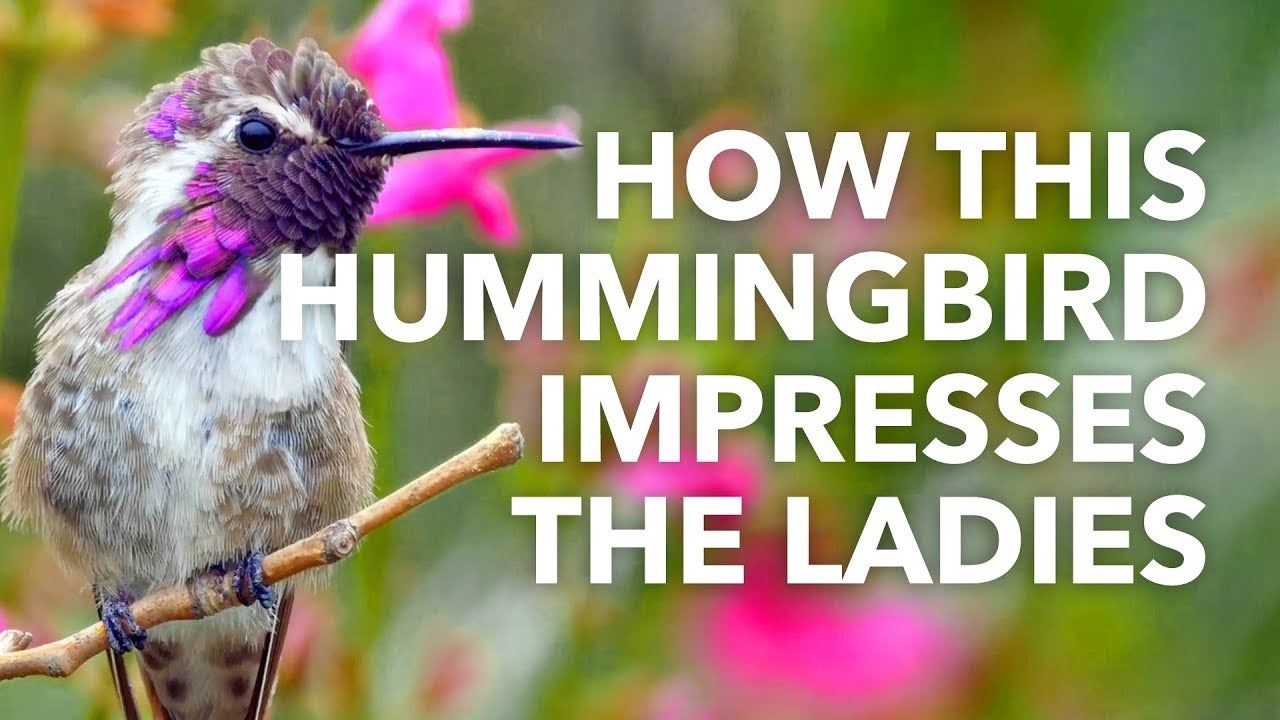 “Recent studies in birds and other animals suggest that females prefer higher speeds during male athletic displays. By concealing their speed, males are not necessarily cheating, but instead have evolved this placement of trajectory out of female choice,” said Christopher Clark, who led the study. Clark is an assistant professor of biology in UCR’s College of Natural and Agricultural Sciences.

Clark and co-author Emily Mistick, a former research assistant at UCR, showed that males aim their sound toward potential mates by twisting their tail vertically by up to 90 degrees. In previous research, Clark has shown that the tail song is made by the flutter of the outer tail feathers.

“We don’t know why males twist only half of their tails toward the females, but it may be due to anatomical limitations that prevent them from twisting their whole tail around,” Clark said.

Clark and Mistick used a device called an acoustic camera to record Costa’s dives. They also conducted experiments in a wind tunnel to examine how the birds’ speed and direction influence the sounds they make. Curiously, they found it was difficult to measure the velocity of the Costa’s dive from the sound produced.

Clark said the findings add to the literature about how male animals use athletic displays to attract females.

“Most research has focused on static male attributes, such as bright colors or elongated tails, but our research shows that dynamic displays may be just as important, and males strategically control these performances to show themselves in the best possible light,” Clark said.

Earth might be experiencing 7th mass extinction, not 6th