Puppets, art book collections, literature in various languages, and water faucets that date back to the 1950s 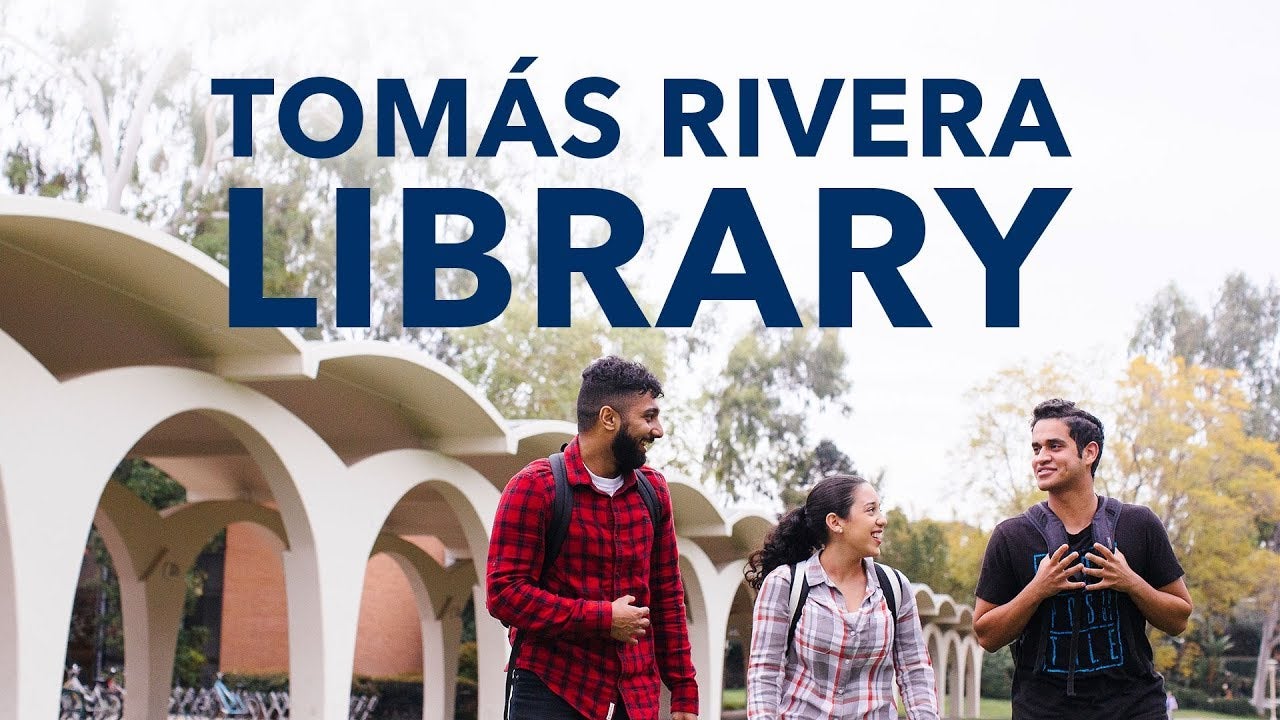 Whether you have a couple hours to spare or an entire day, plan a visit to the Tomás Rivera Library at the University of California, Riverside.

The Rivera Library, built in 1953, is UCR’s central library, providing students and the community at large, more than three million volumes of printed materials. This library was named after UCR’s first Mexican-American Chancellor, Tomás Rivera.

In 1979, Rivera became the first minority to serve as chancellor within the UC system; he was a writer, educator and administrator who served until his death in 1984. The library, formerly known as the College of Letters and Science Library, was renamed in Rivera’s honor in 1985.

The library is free to visit and open to the public. Community members are also welcome to apply for a library card.

When you visit the Tomás Rivera Library, here are some cool finds, from the basement to the fourth floor:

UCR has a microfilm collection. Check out the library’s archive of digitized newspapers. UCR has subscriptions to at least a dozen newspapers, including local publications. Some newspaper series contain issues dating back to the 1800s. The library also has smaller sets of microfilm on topics related to California and the Southwest, such as Native Americans and colonial records. Visitors will also find philosophy books and literature from a variety of religions and languages.

Immediately upon entering the library, patrons can observe the Edwin H. and Wendy L. Allen Endowed Leisure Reading Collection space. This area was donated by Edwin H. Allen, a 1973 alumnus who said he spent many hours reading at the library as a student because he didn’t have a car. In 2007 Allen established an endowment for this reading space.

Visitors will also find DVDs, regional and national newspaper editions, volumes of government publications, as well as a special exhibit on the Tuskegee Airmen, the first African Americans to be trained as fighter pilots, bomber pilots, ground crew, navigators, and nurses during World War II. Three large portraits hang on one of the walls, the same images displayed in the 2010 Tournament of Roses Parade.

Did you know that the library’s second floor also has a huge curriculum resources section? There visitors will findpuppets, children’s and young-adult literature, and a huge collection of educational materials for K-12 educators.

The north wing also has a printer’s mark water fountain, also found on the first floor, which was installed in the early 1950s during the library’s construction. The symbols are not a secret language, they are actually an English printer’s trademark.

This floor is full of items related to art and language. To the right side, library users will find a comprehensive art book collection of works of art-history that include artists such as Vincent van Gogh, Rembrandt van Rijn, José María Velasco, Pablo Picasso, and Andy Warhol, to name a few. There is also a growing collection of sculpture, painting, and photography books, said Michelle “Shelly” Gipson, head of Collection Maintenance.

To the left, visitors can check out books printed in languages such as German, Korean, Chinese, Vietnamese, Arabic, French, Italian, Spanish and Slavic languages.

This is the home of Special Collections & University Archives. Take note of the limited hours of operation and that visitors will need to submit a reader registration form in order to access the materials on this floor. Staff on site are available to assist visitors upon their arrival.

The fourth floor is also home to the world-renowned Eaton Collection of Science Fiction and Fantasy.

Special Collections continuously curates exhibits that feature its distinctive materials. This past spring, the department featured “Footsteps to You – Chattel Slavery” in collaboration with the Black Voice Foundation, Inc.

In the fall, UCR Library will host an exhibition in honor of this year’s 200th anniversary of Mary Shelley’s “Frankenstein.” The exhibit, “Mark Glassy and Frankenstein: Men of Many Parts,” will showcase a unique collection donated and loaned by alumnus Mark Glassy.

Visitors to Special Collections can also visit the Rupert Costo Library of the American Indian. The Costo Room, a quiet reading and study space, houses a large collection of print materials donated to UCR in 1986 by Rupert Costo, a Cahuilla man, and Jeannette Henry Costo, an Eastern Cherokee. The Costos were scholars, activists, and founders of the American Indian Historical Society. Note: Materials in the Rupert Costo Library are not available for check out, but are available for use within the Costo Room.