Some fear robots might one day take over the world. But before they do that, machines will first have to learn how to walk over uneven surfaces.

Researchers at the University of California, Riverside, are trying to make robots more adaptive and safer for humans to interact with by developing soft robotic legs that respond to surfaces more naturally.

By adding this layer of “mechanical intelligence” onto the artificial decision-making algorithms that animate most robots, the researchers are building robots that are better able to navigate different environments, perform delicate tasks, or eventually be worn by people for therapeutic purposes.

Marlan and Rosemary Bourns College of Engineering doctoral student Zhichao Liu and Konstantinos Karydis, an assistant professor of electrical and computer engineering, built a new purely soft-legged robot that can walk smoothly over uneven surfaces without metal springs or cables or requiring any computations to negotiate changes in terrain texture and elevation. They will present their work at the 2020 International Conference on Robotics and Automation, the IEEE’s flagship robotics conference.

The rigidity of most traditional robotic legs often limits machines’ range of motion and ability to overcome obstacles or walk/run over unstructured terrain. The legs of humans and animals, by contrast, bend and extend and automatically adjust to different surface elevations and textures. This flexibility, known as compliance, makes it easy for humans and dogs, for example, to ascend stairs or walk from a cement sidewalk onto a grassy lawn. Robots have to run substantial sensory processing and motion control algorithms before shifting clunkily from one surface to the other.

“Commercial robots have limited degrees of freedom decided by the hardware,” Liu said. “Soft robots can adapt to different environments and are more robust to uncertainties. This means we can do more things with them.”

Liu designed silicone legs that use compressed air instead of springs or cables to bend and extend like natural legs. He then attached them to a notebook-sized six-legged robot called SoRX that can walk smoothly across various terrains and over small obstacles, using the same gait.

“By embracing compliance, a legged robot might be able to negotiate a range of challenging terrains without having to apply any sort of artificial intelligence to decide, for instance, where specifically to place every leg. This means we didn’t have to specifically change the motion control strategy depending on the terrain,” Karydis said.

“Right now, some form of computing device has to make a decision on how to change a gait or if a terrain is too different,” Karydis said. “Integrating mechanical intelligence can make artificial intelligence more efficient, run faster, or extend beyond training examples in new situations.”

Soft robots are viable solutions for tasks that require frequent adjustments of robot shape or amount of generated force, making them useful in applications such as harvesting soft fruit, or in complex interactions with humans. This could lead to garments or exoskeletons that can help people with injuries or disabilities.

“One advantage of soft robotics is that it is soft and will not harm the person that interacts with it,” said Liu.

“We would like the solutions we propose to be able to adjust to the needs of an application,” said Karydis. “Soft robots can change their shape, and in certain cases their function, much more easily than traditional rigid designs, without the need of a possible complete redesign. Harnessing that flexibility is important to design better and more scalable robotic devices.” 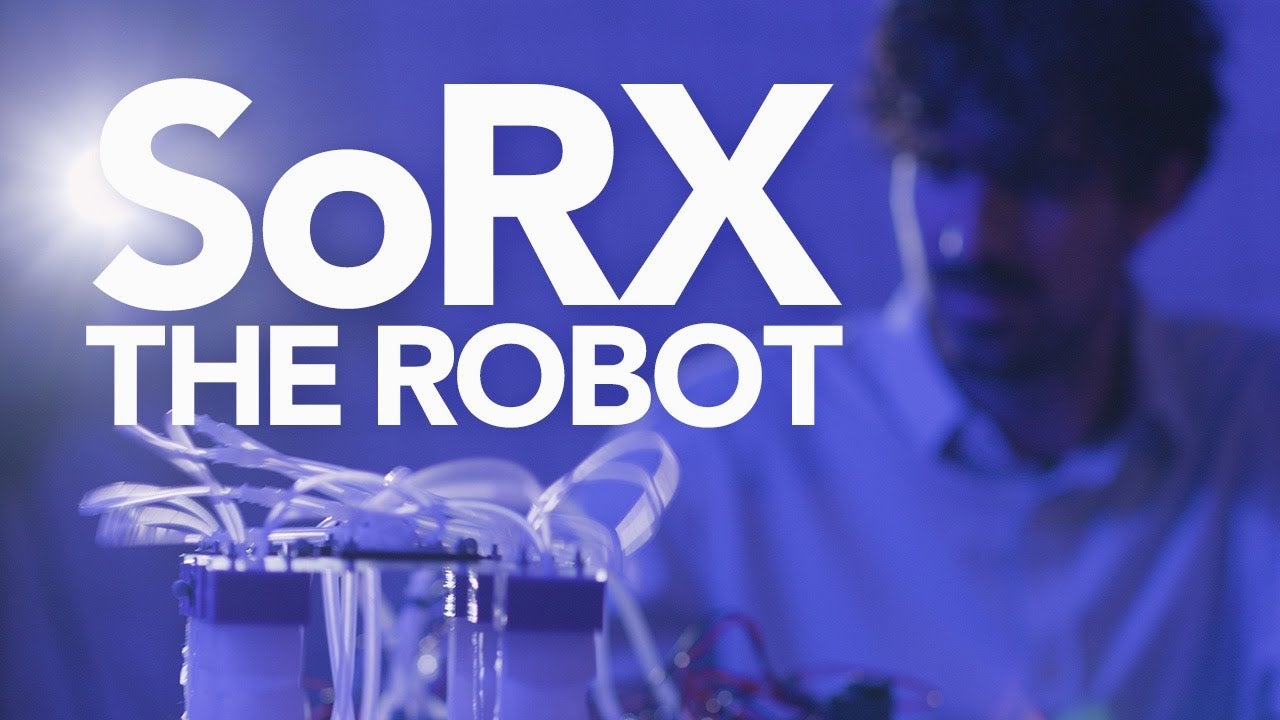