Experts on anti-Asian racism and violence 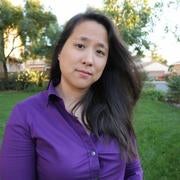 Dylan Rodriguez, professor in the department of media and cultural studies 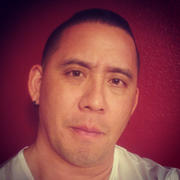 Dylan is the author of “White Reconstruction: Domestic Warfare and the Logic of Racial Genocide” (Fordham University Press, 2021) and “Suspended Apocalypse: White Supremacy, Genocide, and the Filipino Condition” (University of Minnesota Press, 2009). Dylan is a founding member of the Critical Ethnic Studies Association and Critical Resistance, a national carceral abolitionist organization. He is part of the Abolition Collective and Scholars for Social Justice and continuously works in and alongside various radical social movements and activist collectives.

Edward T. Chang, professor in the department of ethnic studies 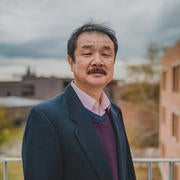 Edward is the founding director of the Young Oak Kim Center for Korean American Studies. Chang’s latest books are “Korean Americans: A Concise History” (2019) and “Pachappa Camp: The First Koreatown in the United States” (2018). His continued research and speaking on matters relating to building peace in interethnic communities. He has also continued his efforts to motivate the mainstream media to portray race relations in America as an issue that is larger and more complex than simply black and white. 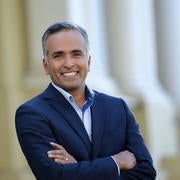 Karthick is the founding director of its Center for Social Innovation. He has most recently published “Citizenship Reimagined” (2020) and “Framing Immigrants” (2016). Ramakrishnan was named to the Frederick Douglass 200 and is currently working on projects related to racial equity in philanthropy and regional development. He is also the founder and director of AAPI Data, which partnered with SurveyMonkey on a cross-racial survey of American Experiences with Discrimination that includes findings among Asian Americans and Pacific Islanders. 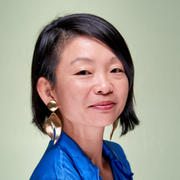 Crystal studies Asian American activists and Asian diasporas from critical feminist perspectives and is an expert on how the ongoing Korean War, white supremacy, and patriarchy impact the lives of Korean Americans and Korean immigrants. Prof. Baik's most recent book is Reencounters: On the Korean War & Diasporic Memory Critique (Temple University Press, 2020) and she is currently working on a creative nonfiction book and reparative listening archive that centers on Korean diasporic activisms, banishment, and repair. Prof. Baik is also a board member of Khmer Girls in Action (KGA) in Long Beach, CA; a steering committee member of GYOPO; and an editorial collective member of Critical Ethnic Studies Journal and Migratory Times.