Experts on Diversity and the Oscars

Diversity and the Oscars

The 93rd Academy Awards are scheduled for Sunday, April 25, 2021. Experts from the University of California, Riverside are available to discuss various Academy Awards topics, including diversity, acting, gender, culture, and more.
For fast access to experts, TEXT or call the 24-hour-experts hotline at 951-312-3049, or email news@ucr.edu 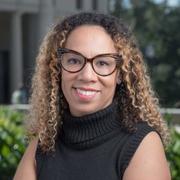 “In recent years, awards season has become the main occasion to object to a lack of diversity in film. Though the critique usefully pressures big studios and distributors to broaden opportunities and offerings, it overlooks the larger (and in my opinion, more interesting) structural problems preventing real diversity by overly fixating upon mainstream feature film, ignoring the powerful and well-funded “For Your Consideration” campaigns, and avoiding discussion of Hollywood's pipeline problem in which uninformed gatekeepers and the bottom line drive decisions about what films get made. Even in this landscape, 2020 saw a few notable expansions of its representation of people and plots, though not all of these outings were laudable, as an increasingly vocal and discerning viewing public has expressed.”

Baker’s research and teaching focus on blackness and visual representation. Her book, “Humane Insight: Looking at Images of African American Suffering and Death,” was published in the New Black Studies series by the University of Illinois Press in 2015. Her current manuscript project, entitled “Tyranny of Realism: Twenty-First Century Blackness and the Ends of Cinema,” examines formalist techniques in recent American and British Black films in order to re-center film art as a site of Black politics and expression. She has written academic and popular essays on African-American film, the history of the image in African-American activism, and the ethics of narratives about death. She teaches courses on black film, African-American literature, race and ethnicity in American Studies, cultural studies, and critical theories of the human and the visual. 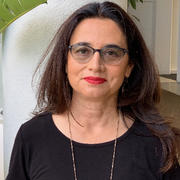 “The Academy has come a long way in its efforts towards equality and inclusion, and they still have a long way to go. It takes time to change deep-rooted systemic practices in place for generations. The fact that out of five directors nominated, two are women (one of them Asian), and one is an Asian-American man would have been unthinkable a few years ago. Also, three of the actors nominated in a leading role are men of color, and two of the women in a leading role are African-American, which is a big step in the right direction. The goal is long-term and lasting change and not to be a once-in-a-while occurrence. Representation of Latinx filmmakers in front and behind the camera is still missing.”

Cardoso, is a member of the Directors Guild of America and the Academy of Motion Pictures Arts and Sciences, is an award-winning director, writer, and producer who has directed a wide range of films and episodes for the screen. Her first feature film, “Real Women Have Curves” was a box office and critical success that has become a landmark in U.S. cinema. Cardoso’s directing credits include episodes in shows such as “The Society,” “Queen Sugar,” and “All Rise.” Her feature “Teresa” was the largest box office for a woman director in her native Colombia. Cardoso was the first Latinx woman director to win a Sundance Audience Award, a Student Academy Award® and the first Latinx female director to have a film included in the Library of Congress’ National Film Registry. 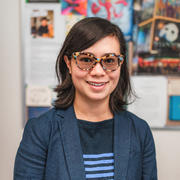 “Hollywood has long sidelined and stereotyped Asian Americans. Scholars like Nancy Wang Yuen (Biola University, “Reel Inequality”) have pointed out how few people of color have been nominated for Oscars in comparison to the U.S. population, and artists like Andy Lowe (East West Players) have pointed out how more white women have won Oscars for playing Asians in yellowface than Asian American women have won for their own acting roles. The nominations for “Minari” suggest some hope for recognition and racial equality, even as a single film cannot and should not bear the weight of representation. The Golden Globes treated “Minari” and “The Farewell” as foreign language films because much of the dialogue was not in English, a categorization that perpetuates treating Asian Americans as foreigners. Film, theatre, and media representation have the potential to lift up Asian Americans, but they also have pitfalls, and they need accompanying policies to redistribute power and end systemic racialized violence.”

Galella researches how capitalism and white supremacy shape (and are shaped by) contemporary, popular American performance. Her first book “America in the Round: Capital, Race, and Nation at Washington D.C.’s Arena Stage” is a critical history of the first professional regional theatre in the U.S. capital. Arena Stage was the first professional regional theater in the nation’s capital to welcome a racially integrated audience; the first to perform behind the Iron Curtain; and the first to win the Tony Award for best regional theatre. Galella is working on a second book that considers how yellowface persists in twenty-first century musical productions and how Asian Americans have mobilized art, activism, and affect to counter yellowface.