UC Riverside is getting ready for new modes of instruction this fall as it unveils classrooms equipped with state-of-the-art video and audio technology.

The program, called Rooms for Increasing Student Engagement, or RISE, will feature classrooms that allow for both in-person and remote options for the same class. The campus is planning for a return to mostly in-person instruction this fall.

UCR’s Exploration Center for Innovative Teaching and Engagement, or XCITE, and Information Technology Solutions, or ITS, collaborated on the RISE initiative, which calls for equipping all 110 general assignment classrooms, a third of those on campus, with new video and audio equipment.

“Thorough research went into determining which technologies were most appropriate for this initiative,” said Rebecca Hutchins, associate chief information officer for service assessment and promotion for ITS. “It was important to find agile solutions that accommodate the needs of a diverse and growing student population and rapidly changing education climate, while also sustaining established teaching methods to ensure instructors are not required to recreate lessons or produce separate course plans.”

XCITE and ITS have been giving demonstrations to campus leaders and other invited audiences in recent weeks. At one recent demonstration in a classroom at Sproul Hall, members of the team showed how an instructor could use the technology to interact with students inside and outside the classroom.

During the demonstration, they spoke via Zoom to a student aide in another classroom that was also equipped with RISE technology and took questions from other remote participants.

High-resolution pan, tilt and zoom cameras installed in the room provided multiple views of the classroom that the instructor could control from a console. The widest angle, from the back, captures 95% of the classroom, said Israel Fletes, director of academic technology for XCITE.

A small touch-screen panel featured four preset camera positions from which instructors could select. A projector displayed the video on a large screen at the front of the classroom.

The console also included a document camera that allows instructors to zoom in or out on material the instructor wants to share with the class. Instructors can plug into the system with their laptops, tablets, or smart phones and then log in to their UCR NetID account.

“It provides a very user-friendly and intuitive approach,” Fletes said.

An array of microphones installed in the ceiling throughout the room provides for clear two-way sound. The microphones, controlled by a microcomputer, are highly sensitive, amplifying a speaker who may be soft-spoken, for instance, while filtering out background noise, said Richard Edwards, director of XCITE.

Larger rooms feature different audio equipment including lapel microphones for instructors and a Catchbox, a throwable Nerf-like cube with an enclosed microphone that can be tossed around by students.

Edwards said the technology builds on other platforms that faculty members are already using such as YuJa, an integrated video platform, and Canvas, a cloud-based platform. For instance, with a touch of a button an instructor can record a lecture and store it on YuJa.  Faculty members can bring in guest speakers or collaborate with other classrooms, he said.

“We always want to encourage the faculty to be as creative as they want with these classrooms of the future,” he said.

All the classrooms are expected to be completed by the end of August. Open houses will be held two weeks before the start of fall quarter for faculty members to get training and practice using the new technology.

In addition, ITS and XCITE plan to hire and train up to 50 graduate and undergraduate student assistants who will work directly with department chairs and faculty to provide support and assist with learning how to use the RISE classrooms.

“RISE is an opportunity to remove barriers to students’ success and set our sights on the future of learning at UCR,” said Interim Chief Information Officer and Associate Vice Chancellor Josh Bright. “Continuous investment in students, faculty, and information technologies have proven to be a recipe for success, so we are excited to see what UCR is able to achieve in this next chapter.” 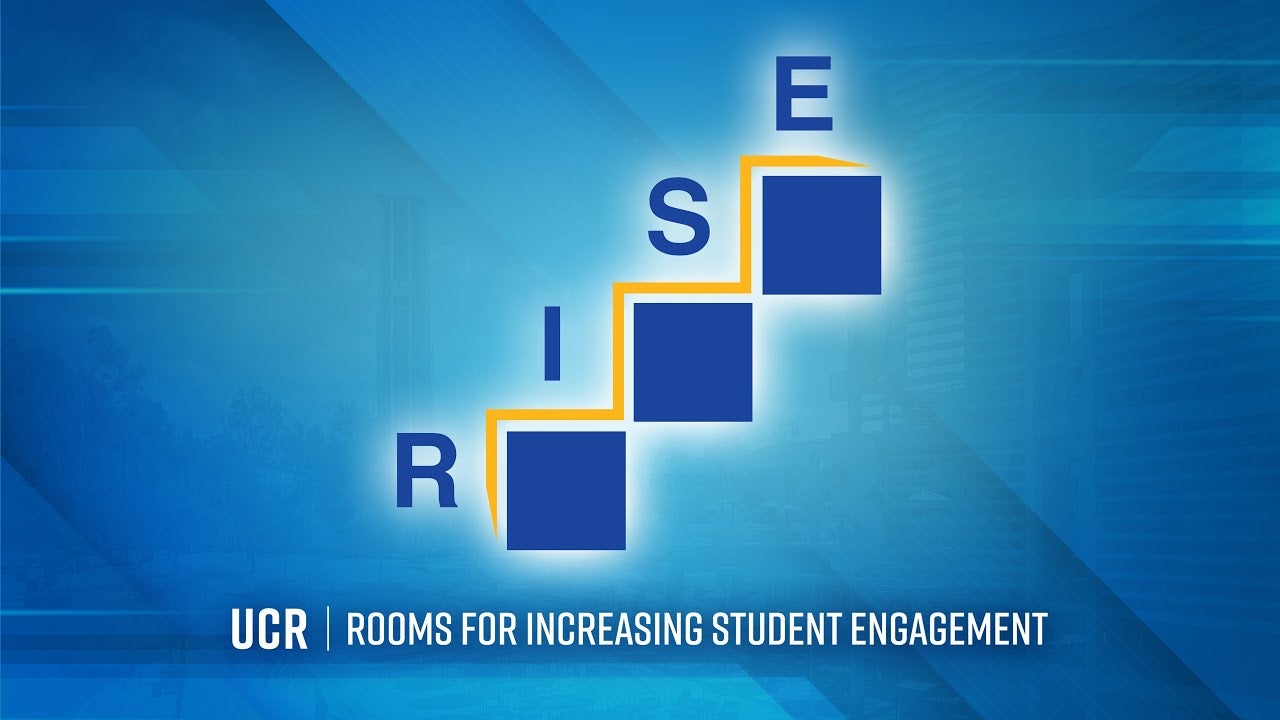