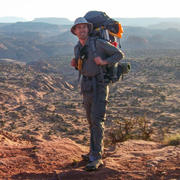 Barth is an expert on the surface expression of active faults and related landscape hazards like landslides and sedimentation. He has particular expertise on fault systems in California and New Zealand. He works out the timing of past earthquakes, long term rates of fault slip, and rates of uplift.

Roby Douilly: Assistant professor of seismology. Douilly is an expert on earthquake ground shaking and its effects. He uses earthquakes to image fault systems at depth, models rupture of past earthquakes to understand earthquake properties, and models earthquake scenarios to inform potential future earthquake events. He has particular expertise in southern California and Haiti. roby.douilly@ucr.edu