Experts on the Academy Awards

The 94th Oscars will air live on ABC on Sunday, March 27, 2022. The 94th Oscars will allow the entertainment community and fans from around the world to witness the night’s glamour and glory. Experts from the University of California, Riverside are available to discuss various Academy Awards topics, including acting, theatre, screenwriting, gender, culture, and more.

For a complete list of nominees for the 94th Oscars, visit www.oscars.org. 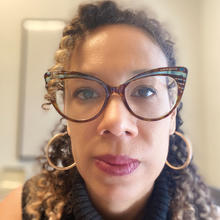 Baker is an associate professor with the Department of English. She is a scholar of visual culture and black life. Her research interests involve American, African American, and African diasporan liberationist thought and practices, in particular literature, film, and visual art. She has written academic and popular essays on African-American film, the history of the image in African-American activism, and the ethics of narratives about death. Her book, "Humane Insight: Looking at Images of African-American Suffering and Death," was published by the University of Illinois Press in 2015. Contact her at: courtneb@ucr.edu 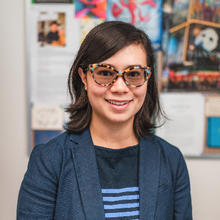 Galella is an associate professor with the Department Theatre, Film, and Digital Production. She researches how capitalism and white supremacy shape (and are shaped by) contemporary, popular American performance. Her first book "America in the Round: Capital, Race, and Nation at Washington D.C.’s Arena Stage" is a critical history of the first professional regional theatre in the U.S. capital. Galella is working on a second book that addresses how Asian Americans have mobilized art, activism, and affect to counter "yellowface." Contact her at: donatella.galella@ucr.edu 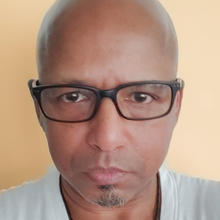 Harris is an associate professor with the Department of Media and Cultural Studies. His recent research and writing interests primarily concern masculinity, performance and gender(s) as ethical constructs within performance and cultural production. Among his publications is the manuscript, Boys, Boyz, Boies: An Ethics of Masculinity in Popular Film, Television and Video (Routledge 2006) and “‘Untitled’: D’Angelo and the visualization of the black male body” in Wide Angle (2004). Contact him at: keith.harris@ucr.edu 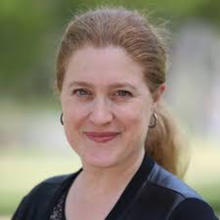 Jaffe-Berg is a professor with the Department of Theater, Film, and Digital Production. She studies the ways theatre functions as a laboratory for innovative explorations of language and multilingualism. Her most recent book is "Commedia dell’ Arte and the Mediterranean: Charting Journeys and Mapping 'Others.'" The book is a study of commedia dell’ arte as reflective of its culturally diverse Mediterranean world. She is a member of the Son of Semele Theatre Ensemble and of the mobile artist collective Moving Matters Traveling Workshop. Contact her at: erith.jaffe-berg@ucr.edu 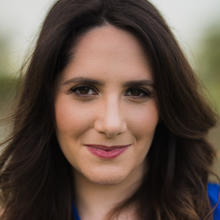 Hailed as “whirlwind” (Gramophone), Kaufman’s music has been heard throughout North America and Europe, and at venues such as New York Opera Fest; Jordan Hall; Contemporary Music Center of Milan; Carlow Arts Festival; Opera on Tap Chicago, and others. Her works also have been performed by GRAMMY-winning pianist Nadia Shpachenko, Wet Ink Ensemble, So Percussion, the Lowell Chamber Orchestra, Hartford Opera Theater, and OperaRox Productions. She has also given lectures at the LA Opera, Leuphana Universität Lüneberg, and the Music by Women Festival. Upcoming events include Kaufman’s Carnegie Hall debut and the premiere of a new musical about Emily Dickinson at the poet’s house. Contact her at: dana.kaufman@ucr.edu 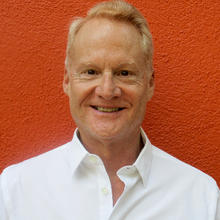 Krieger is a professor with the Department of Theater, Film, and Digital Production. He is a screen and television writer. Some of his work includes co-writing the Emmy award winning mini-series "A Year in the Life" and was nominated for a Humanitas Prize for the Disney Channel original movie, "Going to the Mat." Among his more than 25 produced credits, Krieger wrote the animated classic "The Land Before Time" for producers Steven Spielberg & George Lucas and ten original movies for the Disney Channel, including "Zenon: Girl of the 21st Century." Contact him at: stu.krieger@ucr.edu 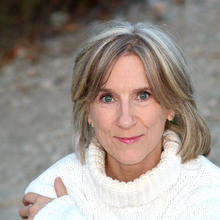 Merlin is a professor with the Department of Theater, Film, and Digital Production. She has been acting for over 30 years, integrating the academy and the industry through screen and stage. Areas of practice-based research include acting processes, fact-based drama, song-and-story, Stanislavsky, and Shakespeare. As an actor, her work includes one of three leads in "Mente Revolver" by filmmaker Alejandro Ramirez; seasons at Shakespeare & Company; the Colorado Shakespeare Festival; and the National Theatre (London) with Max Stafford-Clark’s Out of Joint company. Contact her at: bella.merlin@ucr.edu 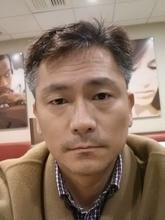 Park is an associate professor with the Department of Theater, Film, and Digital Production.  He has a diverse background as an independent filmmaker, theatre director and actor. Park has also taught film and video production at the University of Iowa and Southern Illinois University, Carbondale. His narrative short films have screened at venues worldwide, and he received the Eastman Kodak Scholarship Award, Best Student Narrative Award at the Austin Film Festival, Best Student Voice at Jackson Hall Film Festival and Best Short Jury Award, and the second Public Award at Lyon Asian Film Festival, France.  Contact him at: keun-pyo.park@ucr.edu 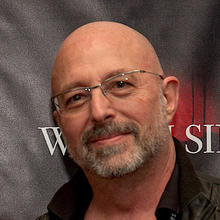 Russin is a professor with the Department  Department of Theater, Film and Digital Production. He has written, produced and directed for film, television and theater, including Warner Bros.’ On Deadly Ground; America’s Most Wanted on Fox; and Vital Signs on ABC. Robin has won or has been a finalist for numerous awards, including two Jack Nicholson Awards for excellence in screenwriting. He has also written and directed several independent films. Among his work for theatre, his play, "Painted Eggs," was reviewed by The Los Angeles Times as "ambitious, heart-felt and hypnotic." Contact him at: robin.russin@ucr.edu 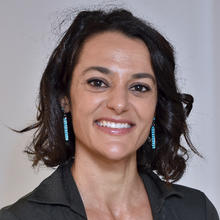 Speer is a professor with the Department of Theater, Film and Digital Production. She runs the public speaking program for the department and is the co-director of the Public Speaking Initiative, a UC-Wide program based out of UC Santa Barbara that prioritizes interdisciplinary training in speech and rhetoric. In addition to academic work, Speer works as a dramaturgical researcher and script consultant for film, most recently for "The Girl on the Trai," "Men, Women & Children,"  and "Walking Stories." Contact her at: annika.speer@ucr.edu

Highlanders one win away from Men's Soccer Championship bid