A guide to understanding the Ukrainian conflict

UC Riverside experts provide insights into Russia’s invasion, and what to expect

On Feb. 24, Russia invaded Ukraine, alarming a world that branded Vladimir Putin’s threats as largely performative. Nearly a month later, the Russian offensive hasn’t achieved Putin’s objectives, casualties are mounting among Ukrainian civilians, and the volume is increasing around cease-fire talks. The invasion has unified NATO, the West, and much of the world against Putin’s aggression. Fierce economic sanctions against Russia have ensued, businesses are erasing their footprint in Russia, and the West is supplying weapons and money to Ukraine. Ukrainian President Volodymr Zelensky, whose now-heroic stature on the world stage stands in stark contrast to that of Putin, addressed the U.S. Congress on March 16, asking for more help. “To be the leader of the world means to be the leader of peace,” Zelensky told Congress.

Since the outset of the war, we have asked UCR experts to address Russia’s motivations, and what reprisals may make Putin abort his plans.

China-Russia: Any alliance is conditional, temporary 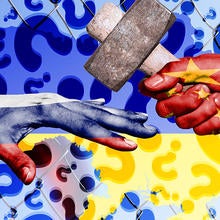 Two UCR experts — Perry Link, blacklisted by the Chinese government, and economist Steven Liao — weigh on China’s calculus as it considers Russian requests for financial and military aid in Russia’s war with Ukraine.

Can Putin accept peace but also save face? 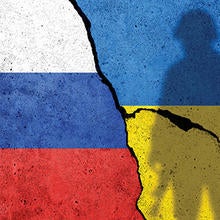 Almost a month into its invasion of Ukraine, Russia is engaging in greater earnest with peace talks. But “Ukraine and Russia” author Paul D’Anieri wonders if progress will be stalled by disagreements over what’s meant by “Ukrainian neutrality.”

The missing piece about Putin and Ukraine 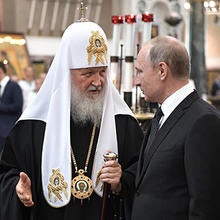 Georg Michels says public discourse about Putin’s intentions in Ukraine is missing the Russian president’s key motivator: destiny. Michels says Putin’s actions are driven by his belief — and that of the Russian Orthodoxy — that Ukraine’s rightful place is as part of a reconstituted Russian Empire. 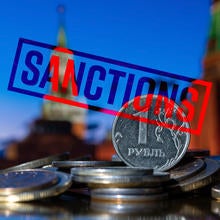 The world is bringing unprecedented economic sanctions to bear on Russia. Is it enough to make Putin blink in Ukraine? From UCR Professor Jana Grittersová, a former central banker at the National Bank of Slovakia and an economist at the European Commission, the executive body of the European Union.

Switzerland’s move to freeze Russian assets assuaged Swiss protestors. But the historically neutral country is still trying to navigate a fine line with the EU and Russia, Grittersová says. 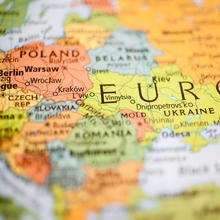 If Russia takes the Ukraine capital, will it stop there? What do former members of the Soviet bloc — and other European nations — have to fear? From Piotr Górecki, a professor of history at UCR whose specialty is Polish and Eastern European history during the Middle Ages.

One unintended side effect, says Górecki: Putin has unified not only NATO, but he’s unwittingly mended decades of complicated dynamics among Eastern European countries. 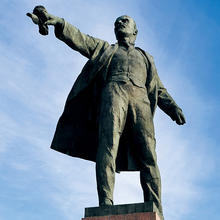 What motivated Vladimir Putin to invade? What more can NATO be doing? From Paul D’Anieri, a UCR political science and public policy professor, author of the 2019 book “Ukraine and Russia,” and a former fellow at the Harvard University Ukrainian Research Institution.

Putin and his Russian inner circle never accepted Ukraine’s independence more than 30 years ago, D’Anieri says. And developments since, including the expansion of NATO and Ukraine’s turn toward Europe, have further angered the Russian president.