Exhibition explores 20th Century through the lens of dust

A peculiar photograph leads to an examination of modernity, war, and ruin in “A Handful of Dust” 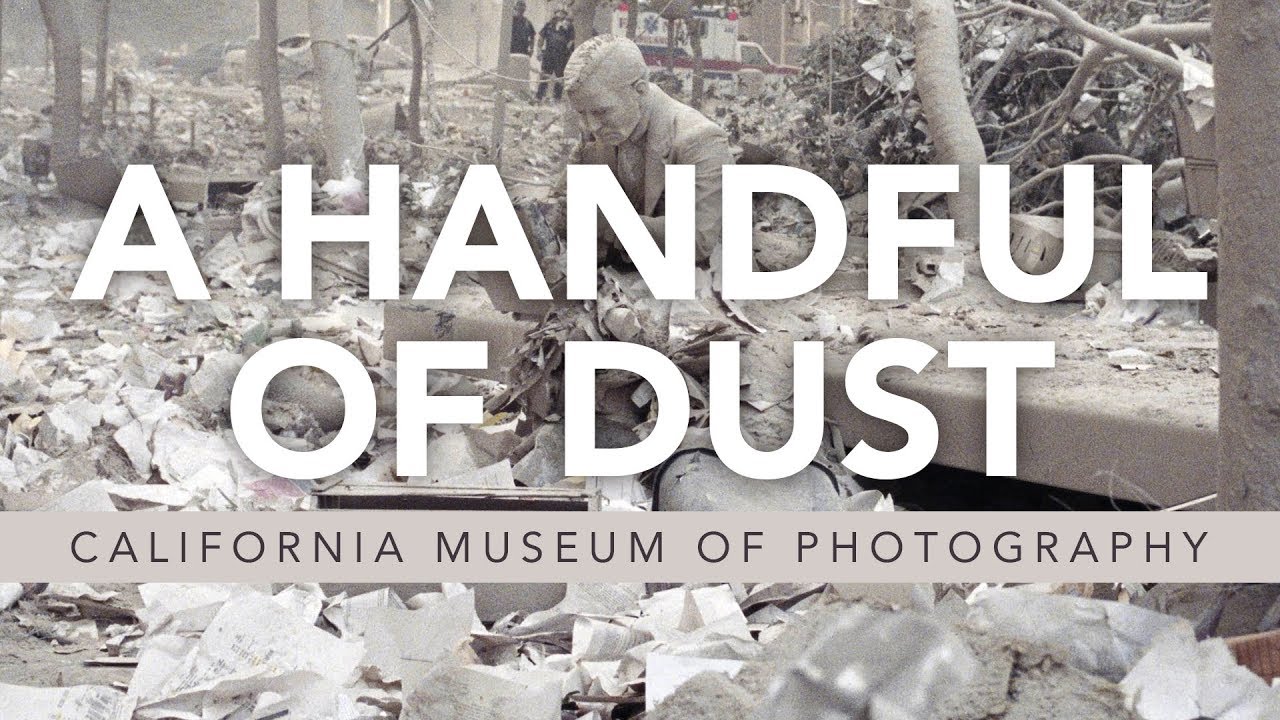 Few things are as simultaneously ubiquitous and overlooked as dust. And yet, dust is the focal point of the newest exhibition heading to the California Museum of Photography at UCR ARTS (formerly UCR ARTSblock) this July.

Curated by David Campany, “a Handful of Dust” is a culmination of conceptual artwork and photography that presents a speculative history of the 20th century, addressing themes as varied as the passage of time, the struggle toward modernity, mortality, ruin, and war — all epitomized by the dust left in its wake.

Originally conceived for Le Bal in Paris in 2015, versions of the exhibition have also been presented at Pratt Institute in New York in 2016 and Whitechapel Gallery in London in 2017. The California Museum of Photography will be the first West Coast venue for “a Handful of Dust,” and the only venue in California that will house the exhibition during its tour.

The exhibition’s heart is a single photograph — later titled “Dust Breeding” — taken by artist Man Ray of “The Large Glass,” a then-work-in-progress by artist Marcel Duchamp deliberately left to gather dust in his studio.

First published in the Surrealist journal Littérature in October 1922, Man Ray’s image resembled an aerial view of a non-descript desert landscape and, with no other context, was captioned as “view from an aeroplane.” For decades, the curious photo was republished, recaptioned, cropped, and altered — each iteration decontextualizing the ambiguous image and attributing it with new and disparate meanings.

Initially dismissive of the image, which Campany described as “ugly and uninteresting,” he later became fascinated by the photo and its many alterations and assigned meanings.

When producing his “dream show,” Campany chose the photo as a starting point for an exhibition centered on dust. Several examples of the decontextualized image published in various forms are included in the exhibition, tracing its strange history. “Dust Breeding” is also juxtaposed with other loosely associated imagery, like postcards of dust storms, images of domestic dust, and actual aerial views.

“In many cases it is really the accompanying words that make them reliable. Captions, titles, commentary,” said Campany in an essay about the exhibition for Financial Times. “What we read will shape and direct the possibilities in what we see.”

In 1922, in the same month as Man Ray’s photo, T.S. Eliot published his iconic post-World War I poem, “The Wasteland.” In it, Eliot writes “I will show you fear in a handful of dust,” a line from which the exhibition’s title is borrowed. For Campany, the connection between the poem and “Dust Breeding” — with its resemblance to wartime aerial reconnaissance — was uncanny, and many of the artworks included in the exhibition are centered on war and ruin.

A photograph of post-September 11 New York shows a solitary statue sitting on a bench, coated in gray dust and surrounded by rubble. Three suited men examine the ruins of an ash-filled library in London in a press photo following a fire bombing. Aerial views of a war-torn Kuwait show empty and devastated landscapes eerily similar to Man Ray’s photo, though separated by 70 years. Each photo evokes a sense of ruin, punctuated by a connective film of debris.

There are more than 60 artworks included in the exhibition, providing viewers a comprehensive examination of dust as material and metaphor, as harbinger of entropy and life’s remainder.

“‘A Handful of Dust’ is really all about how images can resonate with each other, sometimes in unlikely or unexpected ways,” Campany said. “The show sets in play all kinds of connections and this is achieved through a very careful and nuanced presentation, in which the proximity of images and the various sight-lines through the space play an integral part.”

The California Museum of Photography, with its high ceilings and expansive rooms — constructed in a manner that mimics the interior of a camera — gives this iteration of the exhibition a distinctive space for viewers to interact with the work.

“I actually like quite particular, idiosyncratic exhibition spaces,” Campany said. “Plain ‘white cube’ spaces give a curator less to work with. The greatest pleasure in curating a show is seeing how small details make big differences.”

Unique to this iteration of “a Handful of Dust” is the inclusion of photographs from the California Museum of Photography’s own collection. Two local artists are also part of the exhibition, including John Divola, a professor of art at the University of California, Riverside. Divola’s images showcase the detritus of the abandoned homes he wandered into in the 70s, altering their interiors with graffiti and photographing mysterious setups of his own construction. As part of the touring exhibition, Divola’s entire “Vandalism” portfolio is exhibited in its entirety for the first time.

For UCR ARTS Executive Director Sheila Bergman, hosting an international exhibition with as much renown as “a Handful of Dust” is a clear indicator of UCR ARTS’ widening scope.

“I am thrilled that UCR ARTS is the fourth venue, and the only California stop for this captivating exhibition that has already received much acclaim,” Bergman said. “As the California Museum of Photography offers both key historical and contemporary exhibitions and contains a robust amount of both fine art and vernacular photography in its collection, this is an exhibition that resonates with the mission of our institution.”

As peculiar a subject for a widely acclaimed art exhibition as dust may seem, few other subjects can encapsulate notions as broad as time, progress, and mortality and extend through all of human history. To Campany, for all of dust’s mundanity, these connections are cosmic.

About the California Museum of Photography
and Upcoming Exhibitions

In four months, the California Museum of Photography has undergone several facility upgrades to offer greater visitor experience and allow for the installation of the new Permanent Collections, which will house the museum’s collection of photographs and photography-related apparatus spanning across the medium’s development. The July 7 reopening will see the debut of four new exhibitions running concurrently: