Ten years of writing has meant a decade of wordsmithing. And films, and novels, and best-selling authors.

That has translated into a Masters in Fine Arts in creative writing and writing for the performing arts, that has grown into one of the largest hybrid MFA programs in the nation. Founded in 2008 with 23 students, it now has 76 full-time students and nearly 300 alumni.

On Dec. 14 the University of California, Riverside’s Palm Desert MFA program will celebrate its 10thanniversary at the Rancho Las Palmas resort in Rancho Mirage, where MFA students meet twice a year for classes. The night will culminate with festivities, featuring former United States poet laureate Juan Felipe Herrera as keynote speaker. Herrera is professor emeritus at UCR and one of the early supporters of the program. Three hundred guests are expected, half of whom are MFA alumni.

“What these 10 years have shown me is that the quality of our writers is not just found in their work,” said Tod Goldberg, the program’s director and best-selling author of more than a dozen books, including Gangster Nation, The House of Secrets, and the series Burn Notice. “Our students, our alumni, our faculty, believe in the power of the written word and this decade of success has proven to me that empathy and compassion are just as important as talent. This is a community of writers connected by something larger than themselves.”

The MFA program is currently in session; it is designed as a low residency program to allow students to live anywhere in the world and only gather twice a year. The current session is the first of two 10-day in-person residencies held each year. With 16 core faculty members and more than two dozen guest faculty members each residency, students in the low residency MFA are taught by a mixture of professors, writers, and leading industry insiders, including agents, editors, producers, and development executives.

Most MFA students are people already in writing professions who want to improve their craft; others seek the program to start a second career. Their average age is 43, compared to 25, the average age of traditional MFA students in the United States. “Our people are embarking on their dream career. You have people who are driven by the pure desire to succeed,” Goldberg said.

Goldberg said the success of the self-sustaining program can be attributed to three factors: it embraces fiction genre writing, it teaches students the business aspect of writing, and is driven by student success, boasting a publication/production rate of more than 75 percent within two years of graduating.

“When I started the program, I didn’t just want this to be the equivalent of a commuter school. I wanted our alumni to return, to be a resource, to play a role in the daily life of our students, and that’s what we’ve become. Nobody is too big to offer advice, no one is too important to not talk to you,” Goldberg said. “Part of this is a bit of magic. Our residencies are held at this beautiful resort with great accommodations and great food, but the tangible thing is the consistently sharp teaching, criticism, and results. We’ve lasted 10 years because our writers keep getting better.” 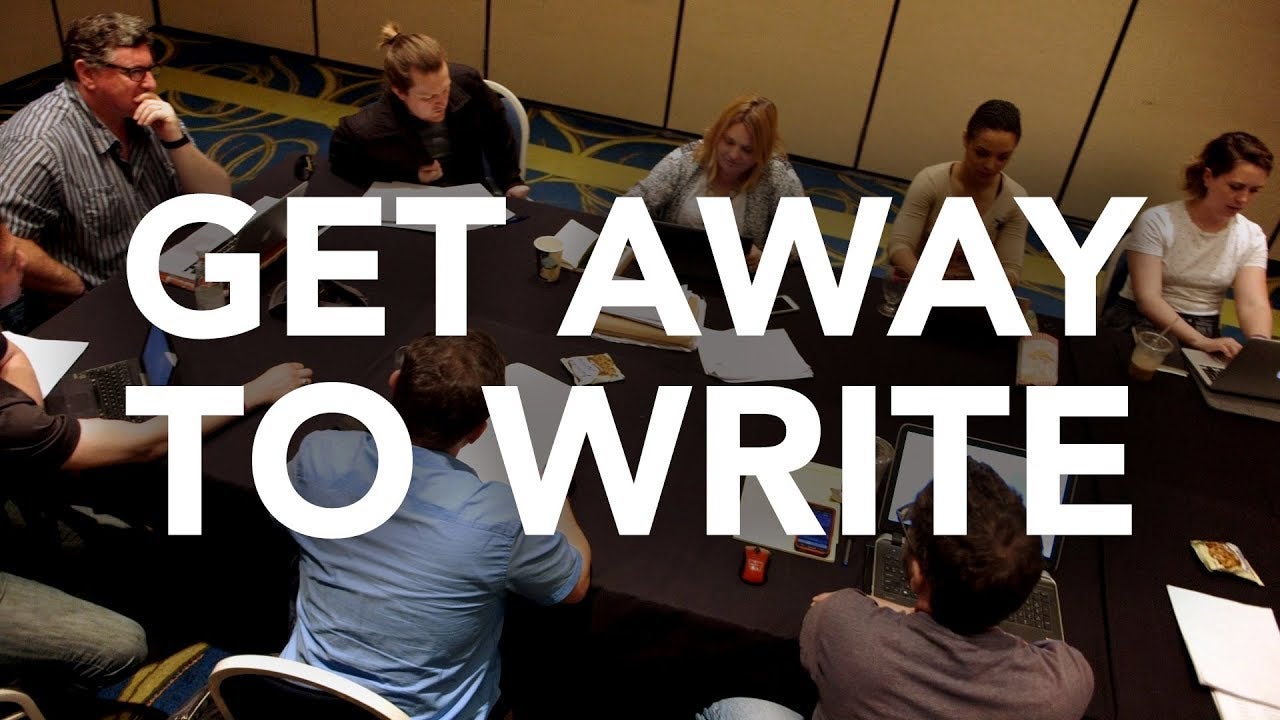