UC Riverside is testing whether a sesame seed-sized wasp can control a pest that could seriously damage California crops including wine, walnuts, and avocados.

The pest, a sap-sucking spotted lantern fly, is originally from China and was first detected five years ago in Pennsylvania. Since then, large populations have spread rapidly to grape vines, apple trees, and other plants in New York, Delaware, New Jersey, Maryland, and Virginia.

Experts believe the lantern fly is likely to make its way to California soon. 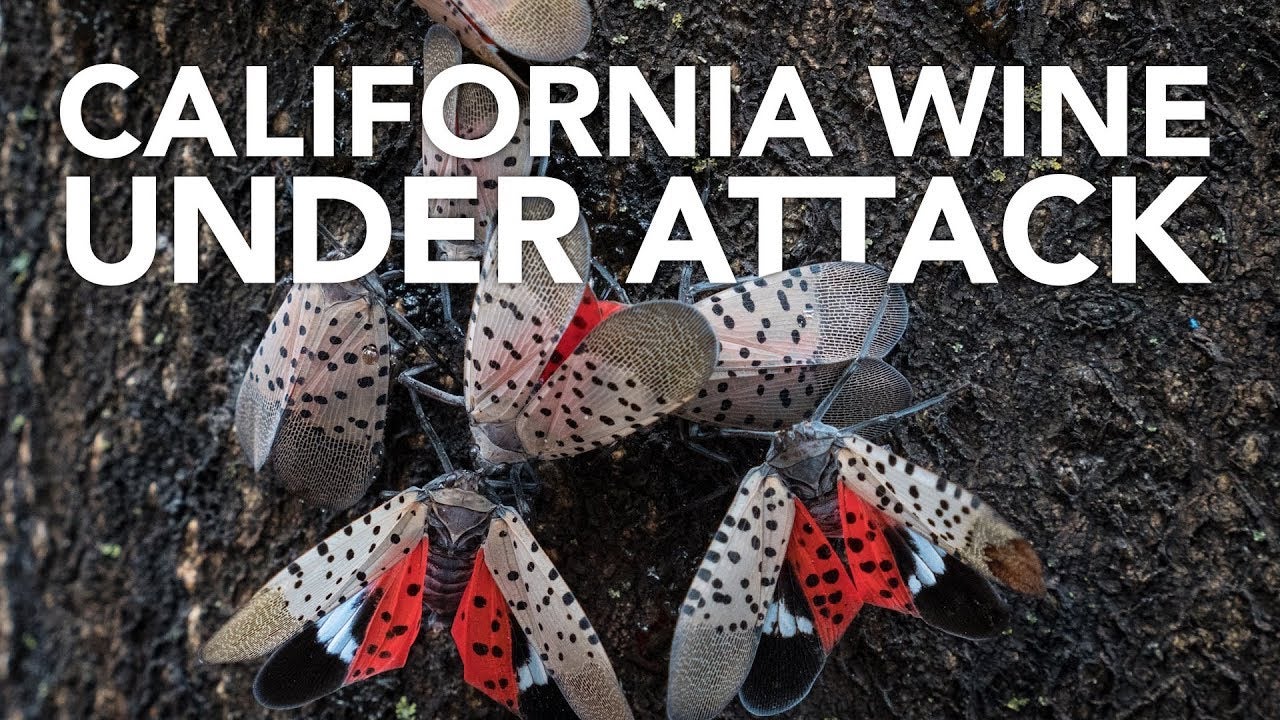 Mark Hoddle, director of the Center for Invasive Species Research at UC Riverside, explains why the lantern fly is so harmful.

“It secretes copious amounts of “honeydew,” a waste product that encourages black, sooty mold and damages a plant’s ability to grow,” he said. The honeydew also attracts undesirable insects such as ants and hornets.

The impacts could extend well beyond California. According to industry reports, the state is the world’s fourth-largest wine producer, selling an estimated $35 billion domestically and exporting $1.5 billion annually.

Around 44% of nonnative insects arriving in California were first established elsewhere in the U.S. Given the speed with which the spotted lantern fly has spread, Hoddle realized the state needed a proactive approach to this predictable problem.

“Normally, when a bug shows up, we try to contain and eradicate it,” Hoddle said. “But by the time the population is found, it tends to already be widespread and hard to handle.”

The state Department of Food and Agriculture recently granted Hoddle $544,000 to test whether a tiny parasitic wasp, also originally from China, could be the solution to the looming problem. Hoddle explained that the wasp has a needle-like appendage it uses to lay its own eggs inside the lantern fly’s eggs. While developing, the wasp larvae eat and kill their hosts, and then emerge after chewing escape holes through the lantern fly eggs.

These wasps pose no threat to plants or people, but before they can be used to control the lantern fly, Hoddle must prove they won’t cause unnecessary harm to other native insects. “We can’t just release a Chinese parasite into the wild in California,” Hoddle said. “Chances are low it will harm the wrong targets, but we have to be sure.”

Safety testing will be conducted in a highly secure quarantine facility at UC Riverside. Native lantern flies, the subjects of safety testing, will be collected from natural areas in California and southern Arizona this summer.

Though the wasp is now being evaluated as a biological control on the East Coast, populations of lantern fly there have already grown large enough to cause significant concern for the grape industry, Hoddle said.

A spotted lantern fly’s wingspan is about 1.5 inches, and at most they can fly a few hundred feet at a time if they’re assisted by the wind. The lantern fly has spread so fast in part because the females lay eggs on nonbiological materials, such as train cars, motor homes, wooden pallets, and trucks that inadvertently move them into new territories.

“Anyone on the East Coast driving to California should be especially vigilant about checking their vehicle for egg masses before they make the journey,” Hoddle warned. “Failing to notice them could have serious consequences.”

Hoddle’s testing will take roughly three years, and he estimates that this may be around the time when the wasps will be needed in California. “We hope to be ready to release these wasps immediately when the spotted lantern fly shows up, giving us a really strong head start on the invasion,” he said.