‘Real Women Have Curves,’ directed by Patricia Cardoso, is among the newly added films to the Library of Congress’ National Film Registry

The 2002 film that placed a middle-class Latino family on the big screen is now officially part of United States cinematic history.

“Real Women Have Curves,” directed by University of California, Riverside professor Patricia Cardoso, is now part of the Library of Congress’ National Film Registry. Cardoso is the first Latina director to be included in the registry’s 31-year history, according to the registry’s women director’s list.

“Kudos to Patricia and the department with this selection and spotlight on such wonderful work. This is huge and very exciting,” said College of Humanities and Social Sciences Dean Milagros Peña.

“Our students and faculty are fortunate to have you as part of our campus,” said Rickerby Hinds, chair of UCR’s Department of Theatre, Film, and Digital Production.

The National Film Registry now has 775 films in total, 62 directed by women. A small percentage are directed by women of color. All movies are taken into consideration 10 years after they were released. Films are nominated by the general public, and the selections are made by National Film Preservation Board members after research, votes, and discussions. The ultimate approval comes from the Library of Congress librarian.

“The National Film Registry has become an important record of American history, culture and creativity,” said Librarian of Congress Carla Hayden in a Dec. 11 press release. “It encompasses 130 years of the full American cinematic experience – a virtual Olympiad of motion pictures.”

The Library of Congress is the world’s largest library, offering access to the creative record of the United States. It serves as the main research arm of the U.S. Congress and is the home of the U.S. Copyright Office.

“Real Women Have Curves” narrates the story of a young Latina, portrayed by America Ferrera, straddling between her American and Mexican roots; her inner turmoil and her mother’s pressure to not pursue college and instead stay behind to work in her sister’s dress factory, moves the story into the many real dimensions many Latino families still face today.

The movie, an adaptation from a novel/play written by Josefina Lopez, kicked off Ferrera’s career in feature films. Cardoso, a native of Colombia, has said she immediately knew she wanted to direct the movie version, but never imagined the impact it would have, she said.

“Real Women Have Curves” broke ground, as women of color were behind of and in front of the camera. An ordinary, hardworking Mexican-American family was captured in beautiful scenes in downtown Los Angeles. It was a story full of culture, parenting, and decision-making that resonated with Latino audiences. The film won Cardoso the Audience Award at the Sundance Film Festival in 2002.

“I am thankful, it’s an honor and I don’t take it for granted,” Cardoso said of the Library of Congress’ announcement. “For me, being one of the first Latinx woman directors is very important. But I would wish I wasn’t the first one. I wish there were many, many more before me and certainly hope there are many more coming behind me.”

Cardoso joined UCR in fall 2018. She is a member of the Academy of Motion Picture Arts and Sciences, and has carved a career in an industry where only 4% of its directors are women, of whom less than 1 percent are Latinas.

In UCR’s Department of Theatre, Film, and Digital Production, she readies future directors, producers, and writers for long-form, serialized storytelling, such as seen on Netflix.

Her most recent work behind the camera includes directing episodes for “Tales of the City,” “All Rise,” “Emergence,” and a remake of “Party of Five.”

“The Board and Librarian always seek to recognize works which are not the usual subject fare of Hollywood, as well as films directed by women and (people of color),” said Steve Leggett, liaison specialist and program coordinator with the Library of Congress. “The film is a remarkable snapshot of the community and working toward getting ahead as part of the ‘American Dream.’ Plus, the talent and personality of America Ferrera in this film is irresistible and impossible to resist.” 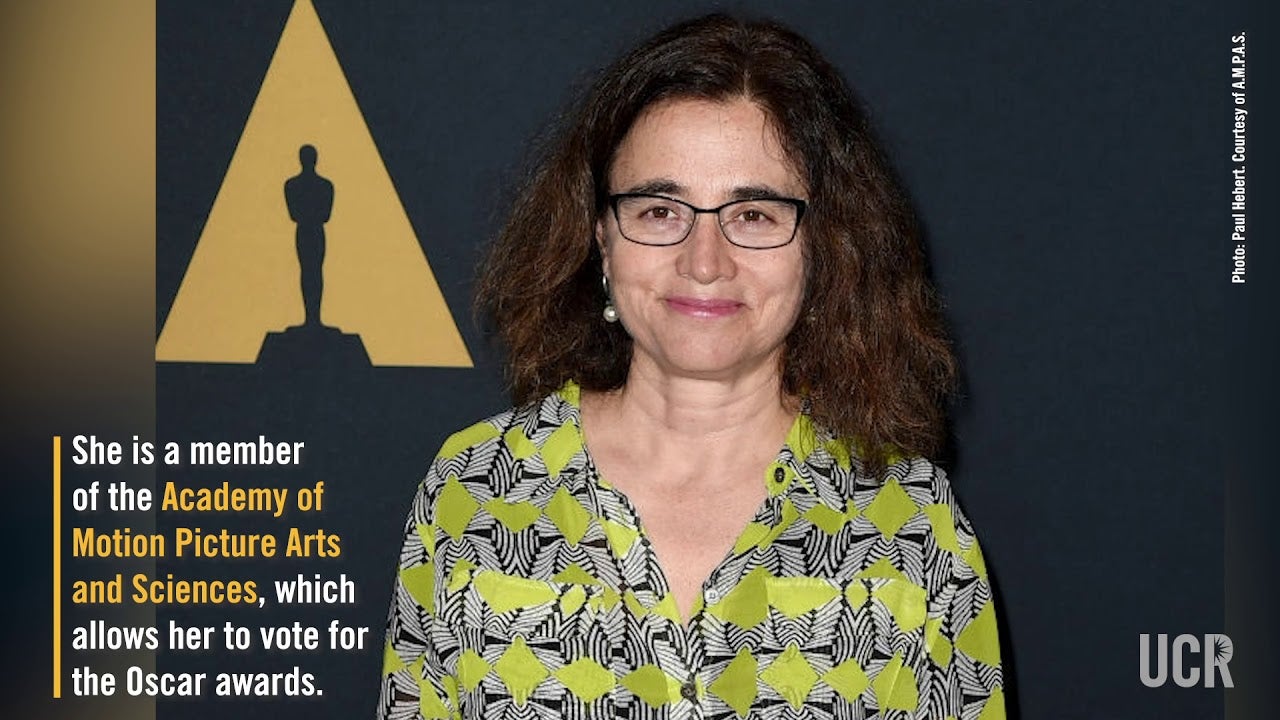