Read, watch, and listen to these 60-plus recommendations from UCR faculty and staff members

In the wake of the tragic death of George Floyd in Minneapolis police custody, we asked faculty and staff members at the University of California, Riverside, who study race, racism, policing, and incarceration to offer their recommendations for resources to learn more about these issues in the U.S. The following list of media — which will be updated on an ongoing basis to reflect new submissions — so far features the input of 10 members of the UCR community:

Jody Benjamin, assistant professor of history: Benjamin explores the 18th- and 19th-century historical processes that reshaped western Africa up to the early colonial period and led to the construction of elastic notions of race/ethnicity, gender, class, and other social identifications.

Alisa Bierria, assistant professor of ethnic studies: Bierria has spent years writing, teaching, and organizing on issues of racialized gender violence, state violence, and redress. She is also part of Survived and Punished, a national project that develops policy and research strategies to challenge the criminalization of survivors of domestic and sexual violence.

Loren Collingwood, associate professor of political science: Collingwood’s research on American politics focuses on race and ethnicity, campaigns and elections, public opinion, and political behavior. He is involved in a project looking at private prisons and immigrant detention, and has studied how media coverage of protests may cause shifts in public opinion.

Aerika Brittian Loyd, associate professor of psychology: Loyd’s psychology research is geared toward providing recommendations for culturally informed youth practice, prevention, and policy. In particular, she examines how intersections of race, ethnicity, gender, and identity inform health and development for youth and young adults of color.

Carolyn B. Murray, professor of psychology: Broadly, Murray’s research covers ethnicity, race, and health, and she has published extensively on doctor-patient interactions, how culture factors into health, and the link between racism and mental health. Her work extends to activism geared primarily toward addressing health disparities in black communities.

Carol K. Park, researcher at the Young Oak Kim Center for Korean American Studies: Park was 12 years old and working weekends in her mother’s gas station in Compton when the Los Angeles civil unrest of 1992 — widely known as the L.A. riots — began. Her book “Memoir of a Cashier: Korean Americans, Racism, and Riots” (2017) recounts the experience, and her research charts the larger story of Korean Americans.

Raquel M. Rall, assistant professor of higher education: Rall studies leadership and governance of higher education, and how those structures play a role in promoting or hindering equity on college campuses. Through her research, she seeks to identify best practices to increase access to and success in higher education for traditionally marginalized communities.

Roberto “Bobby” Rivera, doctoral candidate in sociology: A former law enforcement officer, Rivera now examines holistic approaches to policing that consider the larger environments in which crimes occur rather than just the crimes themselves. In 2018, he was named a Fulbright U.S. Scholar to Jamaica, where he studied the country’s success as a model of restorative justice.

Brandon Andrew Robinson, assistant professor of gender and sexuality studies: Robinson explores how various social inequalities intersect with and impact contemporary LGBTQ communities, as well as how those inequalities are exacerbated when race, ethnicity, and class are added to the mix. Robinson’s recent scholarship analyzes the ways policing perpetuates the marginalization of LGBTQ youth experiencing homelessness.

Jade S. Sasser, associate professor of gender and sexuality studies: Sasser’s research takes a critical look at relationships between large-scale environmental problems — such as climate change — and women’s bodies, health, and activism. Her book “On Infertile Ground: Population Control and Women’s Rights in the Era of Climate Change” (2018) tracks environmentalists’ role in framing population control as common sense for women in the Global South.

“Below the Surface: Talking with Teens about Race, Ethnicity, and Identity” by Deborah Rivas-Drake and Adriana Umaña-Taylor (2019), recommended by Loyd

“Biased: Uncovering the Hidden Prejudice That Shapes What We See, Think, and Do” by Jennifer L. Eberhardt (2019), recommended by Rall

“White Fragility: Why It’s So Hard for White People to Talk About Racism” by Robin DiAngelo (2018), recommended by Sasser

“Invisible No More: Police Violence Against Black Women and Women of Color” by Andrea J. Ritchie (2017), recommended by Bierria

“No Mercy Here: Gender, Punishment, and the Making of Jim Crow Modernity” by Sarah Haley (2016), recommended by Bierria

“Stamped From the Beginning: The Definitive History of Racist Ideas in America,” by Ibram X. Kendi (2016), recommended by Benjamin

“White Rage: The Unspoken Truth of Our Racial Divide” by Carol Anderson (2016), recommended by Sasser

“Captive Genders: Trans Embodiment and the Prison Industrial Complex” edited by Eric A. Stanley and Nat Smith (2015), recommended by Bierria

“The Making of Asian America: A History” by Erika Lee (2015), recommended by Park

“The New Jim Crow: Mass Incarceration in the Age of Colorblindness” by Michelle Alexander (2010), recommended by Sasser

“Asian American Dreams: The Emergence of an American People” by Helen Zia (2001), recommended by Park

“Why Are All the Black Kids Sitting Together in the Cafeteria?: And Other Conversations About Race” by Beverly Daniel Tatum (1997), recommended by Rall 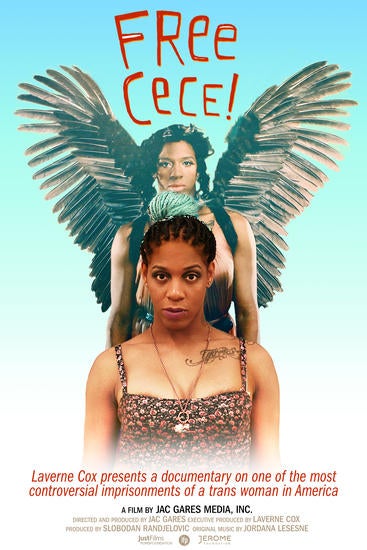 “If Beale Street Could Talk” (2018), recommended by Sasser

“Race: The Power of an Illusion” (California Newsreel, 2003), recommended by Murray

James Baldwin debates William F. Buckley at Cambridge University in 1965 on the question: “Has the American dream been achieved at the expense of the American Negro?” recommended by Collingwood

“I Don’t Need ‘Love’ Texts From My White Friends” by Chad Sanders (The New York Times, 2020), recommended by Murray

#BlackintheIvory, a Twitter hashtag that allows black academics to document racial inequity and institutional abuses in academia without fear of retaliation, recommended by Murray

“75 Things White People Can Do for Racial Justice” by Corinne Shutack (Medium, 2017), recommended by Murray

“Racism and Mental Health” by Carolyn B. Murray, from the “Encyclopedia of Mental Health (Second Edition)” edited by Howard Friedman (2016), recommended by Murray

“Is racism a fundamental cause of inequalities in health?” by Jo C. Phelan and Bruce G. Link (Annual Review of Sociology, 2015), recommended by Murray

“Cultural Psychology of Racial Ideology in Historical Perspective: An Analytic Approach to Understanding Racialized Societies and Their Psychological Effects on Lives” by Michael R. Winston and Cynthia E. Winston, from “The Oxford Handbook of Culture and Psychology” edited by Jaan Valsiner (2012), recommended by Murray

“Power and Racism” by P.J. Henry and Felicia Pratto, from “The Social Psychology of Power” edited by Ana Guinote and Theresa K. Vescio (2010), recommended by Murray

“The eugenic legacy in psychology and psychiatry” by David Pilgrim (International Journal of Social Psychiatry, 2008), recommended by Murray

“Factors contributing to optimal human functioning in people of color in the United States” by Madonna G. Constantine and Derald W. Sue (The Counseling Psychologist, 2006), recommended by Murray

“Race as biology is fiction, racism as social problem is real: Anthropological and historical perspectives on the social construction of race” by Audrey Smedley and Brian D. Smedley (American Psychologist, 2005), recommended by Murray

“Social Cognition and the Normality of Prejudgment” by Susan T. Fiske, from “On the Nature of Prejudice: Fifty Years After Allport” edited by John F. Dovidio, Peter Glick, and Laurie A. Rudman (2005), recommended by Murray

“Mental Health: Culture, Race, and Ethnicity — A Supplement to Mental Health: A Report of the Surgeon General” released by the U.S. Department of Health and Human Services (2001), recommended by Murray

“Racism Equals Power Plus Prejudice: A Social Psychological Equation for Racial Oppression” by Don Operario and Susan T. Fiske, from “Confronting Racism: The Problem and the Response” edited by Jennifer L. Eberhardt and Susan T. Fiske (1998), recommended by Murray

“Acquisition and manifestation of prejudice in children,” by Clifford Carter and C. Lynn Rice (Journal of Multicultural Counseling and Development, 1997), recommended by Murray

“Racist Stereotyping in the English Language” by Robert B. Moore, from “Racism and Sexism: An Integrated Study” edited by Paula S. Rothenberg (1988), recommended by Murray

“The Propaganda of History” from “Black Reconstruction in America: Toward a History of the Part of Which Black Folk Played in the Attempt to Reconstruct Democracy in America, 1860-1880” by W. E. B. Du Bois (1935), recommended by Benjamin