First person: Sandra Ayllón on life as a DACA student

The Supreme Court ruled against the Trump administration’s attempt to end DACA in a 5-to-4 decision on Thursday, June 18

Sandra Ayllón, 21, is a third-year psychology major at UC Riverside. She was born in Perú and came to California with her family at the age of 8. This is her first-person account of what being a Deferred Action for Childhood Arrivals recipient means to her.

As a DACA student, I see this sacrifice as something that will pay off the moment I become a professional in the education field. I want to become an academic advisor at a Hispanic Serving Institution in the future.

My education, and that of my peers, comes with a high price though. When applying for DACA, students exchange personal information for what I would argue are basic rights. This exchange of addresses, birthdates, sibling names, place of parents’ employment, leaves our families exposed to Immigration and Customs Enforcement. 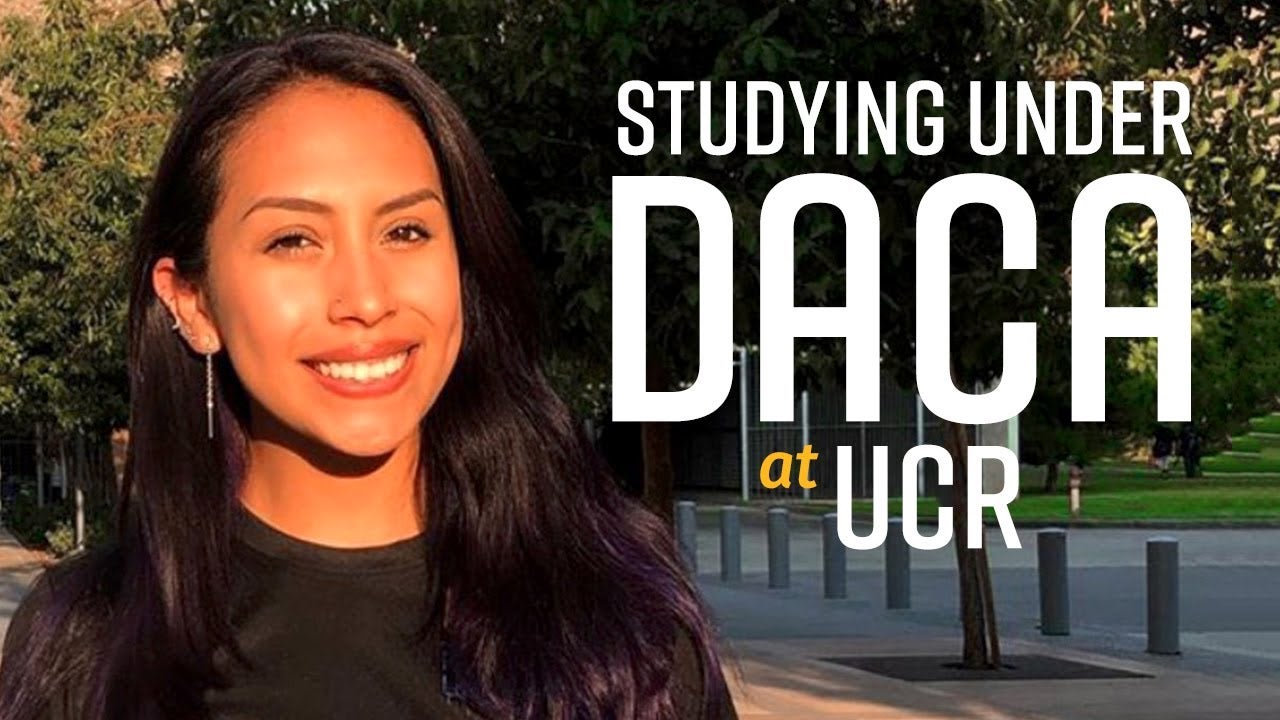 The threat of deportation hangs above our head because we know the authorities have our information and could act on that as they please. It’s a psychological effect that lingers as a result of this process.

But above it all, we are willing to take the risk because we know that we finally have some sort of lawful status. As DACA students, we are giving back to the economy by working, by educating ourselves, and setting an example for future generations.

On a more personal note, I can say that receiving DACA facilitated my college application process. I spent time going to workshops that assisted me with my personal statements instead of spending time worrying about how I was going to pay for college. I knew the California Dream Act, a piece of legislation that allows some nonresident and undocumented students to pay in-state tuition, was available for me. I was applying for financial aid at the same time as my peers who were U.S. citizens, so never did I feel like a fish out of water. For the first time, my undocumented status was not an obstacle.

I remember spending hours after school with my high school’s career counselor, filling out my AB 540 form; AB 540 are two laws that allow DACA recipients, also known as Dreamers, eligibility to certain UC and state financial aid. Had DACA not been an option, I would have had to pay double the amount in tuition despite having proof of residence in the United States for a decade.

Upon high school graduation, I received a generous financial aid offer, and the relief that I was able to attend college debt free. Earning a 4.0 GPA paid off. This was an immense accomplishment for my family because for the first time ever, a member of our family was moving away from home and into an internationally recognized four-year university.

In the summer of 2017, I obtained my driver’s license and worked enough to save up for my personal expenses while in college. Both working and driving were direct benefits of being a DACA recipient.

I cannot put into words what it would mean to lose DACA and all that comes with it.

Life without DACA is a hard reality to imagine. Prior to my third year of college, I had no real concept of the privilege I hold as a DACA student. Like many peers, I assumed that being an undocumented student meant you were automatically a DACA recipient. Upon my participation in the Butterfly Project through UCR’s Undocumented Student Programs, I learned that is very far from the truth.

My cohort included students that did not have DACA. Throughout the quarter, I learned the struggles of those undocumented peers, including the fact that most of them have to take one to two quarters off to work and save money in order to pay for tuition. For these students, a bachelor’s degree is taking an additional one to two years to complete.

I have the privilege to advance my educational journey without that financial burden. I am able to find a job, to not live in the shadows. Nobody tells you that having DACA is a privilege, and no one tells you the importance behind it because DACA feels like something so basic already.

The right to security, to a future, to justice, is all embedded in the constitution of this country. It is absurd that such privileges are conditionally granted to young immigrants every two years.

I am now a third-year student at UCR. DACA has made my progress and growth possible. Just this past year, I was given the opportunity to create programs catered to first-year, first-generation students as the program advisor for Mundo, the Latinx-themed residence hall.

In Mundo, according to a survey we conducted this school year, 23% of residents self-identified as undocumented. This statistic means my position as program advisor is much more than planning programs, it’s about being a resource to younger students. It’s about being a role model.

My identity as a Latina, first-generation, DACA recipient, has become my greatest asset.

This position allows me to apply what I learn in my psychology classes, helping me define my passions and clear up career paths. I also hold a position with UCR’s Active Minds, a program focused on destigmatizing mental health through The Well, UCR’s nonclinical health promotion center for students.

Without this lawful status, the efforts to push toward a future that breaks generational cycles will be depleted.

DACA students deserve more than a sense of security, they deserve the promise that their hard work will pay off in the future, for the sake of their families, future generations, and all of society.