What if you could solve two of Earth’s biggest problems in one stroke? UC Riverside engineers have developed a way to recycle plastic waste, such as soda or water bottles, into a nanomaterial useful for energy storage.

Mihri and Cengiz Ozkan and their students have been working for years on creating improved energy storage materials from sustainable sources, such as glass bottles, beach sand, Silly Putty, and portabella mushrooms. Their latest success could reduce plastic pollution and hasten the transition to 100% clean energy.

“Thirty percent of the global car fleet is expected to be electric by 2040, and high cost of raw battery materials is a challenge,” said Mihri Ozkan, a professor of electrical engineering in UCR’s Marlan and Rosemary Bourns College of Engineering. “Using waste from landfill and upcycling plastic bottles could lower the total cost of batteries while making the battery production sustainable on top of eliminating plastic pollution worldwide.”

In an open-access article published in Energy Storage, the researchers describe a sustainable, straightforward process for upcycling polyethylene terephthalate plastic waste, or PET, found in soda bottles and many other consumer products, into a porous carbon nanostructure.

They first dissolved pieces of PET plastic bottles in a solvent. Then, using a process called electrospinning, they fabricated microscopic fibers from the polymer and carbonized the plastic threads in a furnace. After mixing with a binder and a conductive agent, the material was then dried and assembled into an electric double-layer supercapacitor within a coin-cell type format.

When tested in the supercapacitor, the material contained the characteristics of both a double-layer capacitor formed by the arrangement of separated ionic and electronic charges, as well as redox reaction pseudo-capacitance that occurs when the ions are electrochemically absorbed onto surfaces of materials.

Though they don’t store as much energy as lithium-ion batteries, these supercapacitors can charge much faster, making batteries based on plastic waste a good option for many applications.

By “doping” the electrospun fibers prior to carbonization with various chemicals and minerals such as boron, nitrogen, and phosphorous, the team plans to tune the final material to have improved electrical properties.

“At UCR, we have taken the first steps toward recycling plastic waste into a rechargeable energy storage device,” said doctoral student and first author Arash Mirjalili. “We believe that this work has environmental and economic advantages and our approach can present opportunities for future research and development.”

The authors believe the process is scalable and marketable, and that it represents major progress toward keeping waste PET out of landfills and the oceans.

"The upcycling of PET plastic waste for energy storage applications could be considered the holy grail for green manufacturing of electrode materials from sustainable waste sources,” said mechanical engineering professor Cengiz Ozkan. “This demonstration of a new class of electrodes in the making of supercapacitors will be followed by a new generation of Li-ion batteries in the future, so stay tuned."

The paper, “Upcycling of polyethylene terephthalate plastic waste to microporous carbon structure for energy storage,” is available here. Other authors include Bo Dong and Pedro Pena, also at UC Riverside. 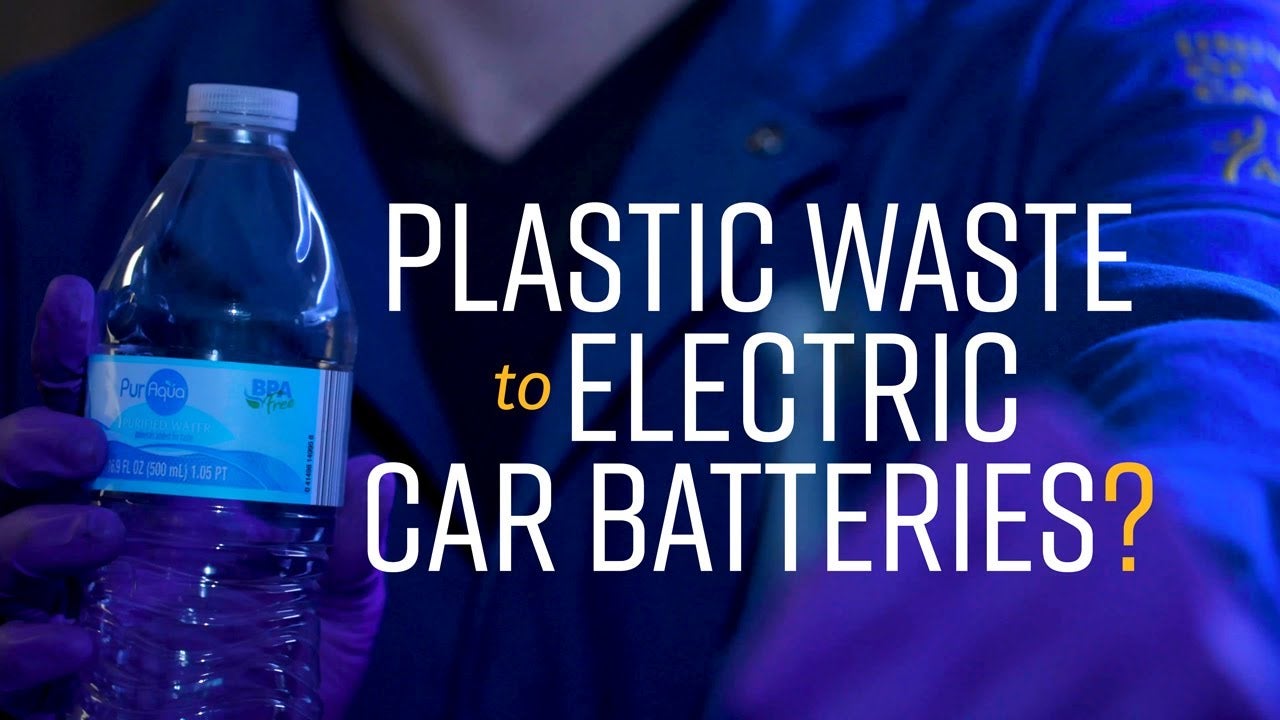