How UCR became a national leader in enrolling Chicanx/Latinx students

In 1968, there were about 100 Chicano students enrolled at UC Riverside. Now, the Chicanx/Latinx student population is nearing 10,000, making it the largest ethnic group on campus, and positioning UCR as one of the most diverse universities in the country.

This population growth was anything but coincidental.

“Before the administration developed a plan, before they decided to focus on recruiting Hispanic/Latino students, it was the students themselves doing the work,” said Carlos Cortés, Edward A. Dickson Emeritus Professor with the Department of History. Cortés started working at UCR in 1968 when he became the second Chicano professor on campus. 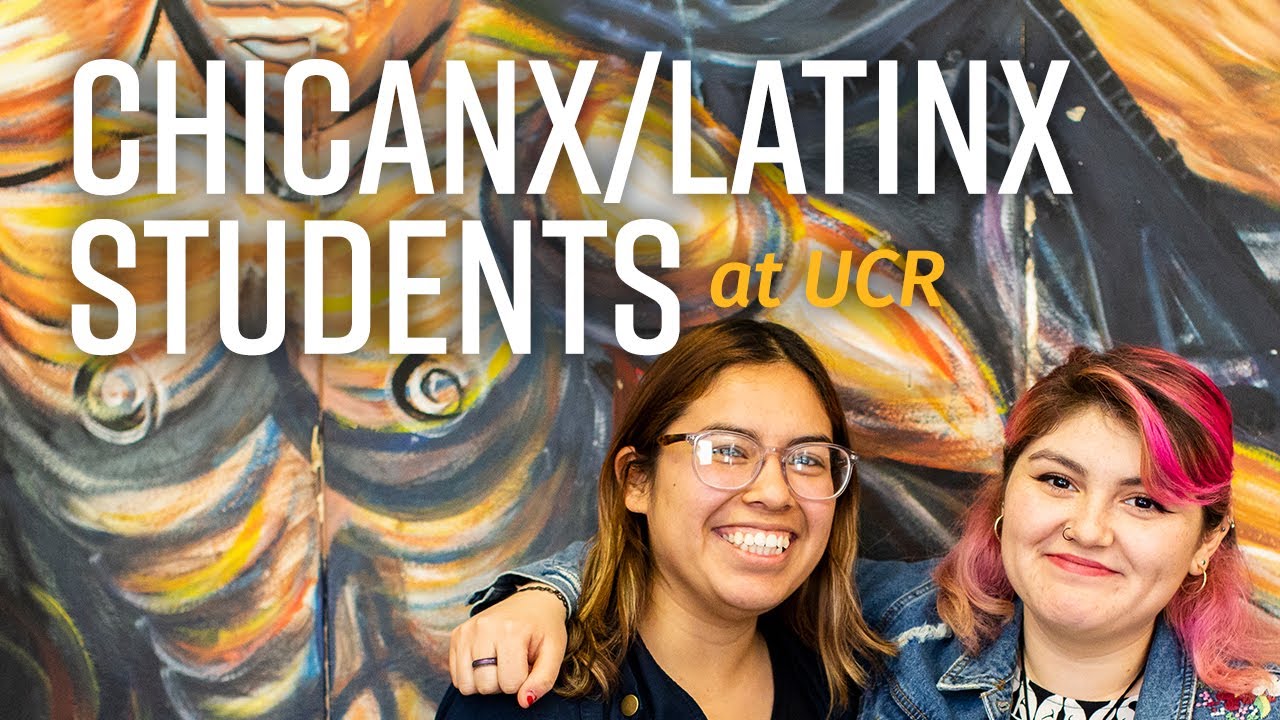 There were other Latino faculty from South America, the Caribbean, and Spain, but they did not identify as Chicano, Cortés said. A Chicano is a person of Mexican descent born in the United States. The Chicanx/Latinx terms have recently been adapted by some to represent a more gender neutral and inclusive identifier for these diverse groups.

“In the mid 1970s, the Chicanos were out recruiting themselves,” Cortés said. “They would go home and talk to others about why they had to go to college, about what UCR offered.”

The growth was gradual, with students from Riverside, Coachella, Los Angeles, and as far south as Calexico stepping foot on a college campus for the first time, Cortés said.

Among the first Mexican American women to graduate was Manuela Sosa ’66, who became a dentist. She and her husband Randy Sosa, have created the Dr. Manuela and Mr. Randy Sosa Scholarship Fund Endowment.

There were 278 Chicano students enrolled at UCR when Chicano Student Programs was established in 1972.

Chancellor Tomás Rivera became the first Chicano Chancellor at UCR in 1979 and the first minority chancellor in the UC system. UCR’s Chicano student population nearly doubled in the late 1980s.

UCR’s student population is now 38.3% Chicanx/Latinx, followed by 30.4% Asian, and 13.2% white. The growth has created cross-campus collaborations and partnerships between departments, programs, and offices, with a continued commitment to all communities, said Arlene Cano Matute, assistant director of Chicano Student Programs. Alumni and community members have also contributed to a culture of Chicanx/Latinx student success since the 1960s, Cano Matute said.

In 2008, UCR became the first Hispanic Serving Institution within the UC system. This federal designation acknowledged UCR has an enrollment of undergraduate full-time equivalent students that is at least 25% Hispanic.

"At UCR, we are grateful to the Latinx and Chicanx students, faculty, and staff for the creative ideas, new knowledge, and professional efforts they contribute to strengthen our community,” said Chancellor Kim A. Wilcox.

Over the years, students began forming interest groups that helped build UCR as a home away from home. UCR now has 30 Latinx student organizations that range from the arts, science, culture, and community service.

“Educating Chicanx/Latinx has been at the forefront of our community since UCR was established,” said Estella Acuña ’99, Chicano Student Programs director. “Back in the 1960s and 1970s, we had a handful of Chicano/Latino students walking on this campus, now we are above 38%. The numbers encapsulate decades of support, of collaborations, but also of demanding and intentionally creating a space for our students.” 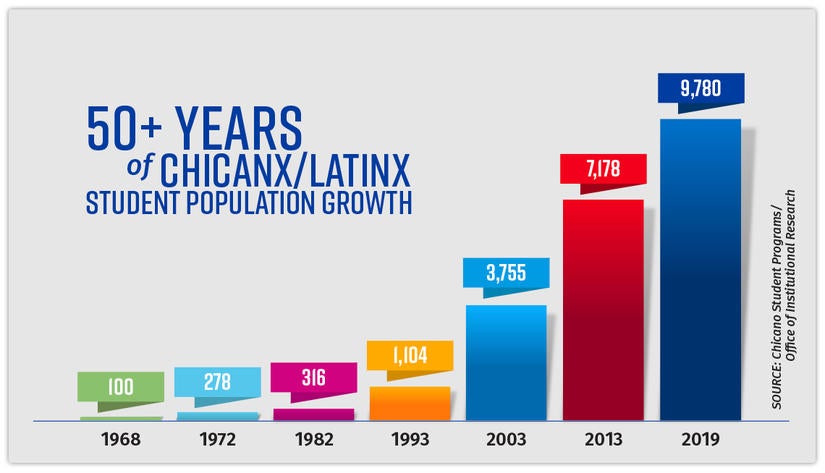 Chicanx/Latinx alumni are already making waves, including supporting laws that impact the U.S. and beyond. Among them are:

Witnessing UCR’s evolution has been inspiring, said Cortés, who established a cross-listed course on Chicano history and taught it for the first time in the winter of 1970. From 1972 to 1979, Cortés also chaired the Mexican American Studies department, later renamed Chicano Studies.

“Cota Robles and the students started this very intentional upward trajectory and set the base for when UCR would go full bore into this,” Cortés said.