UC Riverside’s International Affairs shifted into a nearly 24/7 operation earlier this year, especially in its efforts to recruit new international students. The team spent thousands of hours redesigning programs for virtual platforms — all made accessible to students in the United States and around the world.

One such new opportunity is the Virtual Student Exchange program, or VSE, a weekly non-credit course that introduces prospective international students and high school counselors to the U.S. university system. Entitled “Studying and Living in an American Research University,” the course is hosted through the Association of Pacific Rim Research Universities, or APRU, a network of research universities in the Asia-Pacific region that educates two million students. UCR has been a member of APRU since late 2019.

More than 175 students registered for the 10-session course from 34 institutions from around the world, said Shanon Langlie, director of marketing and communications for International Affairs. 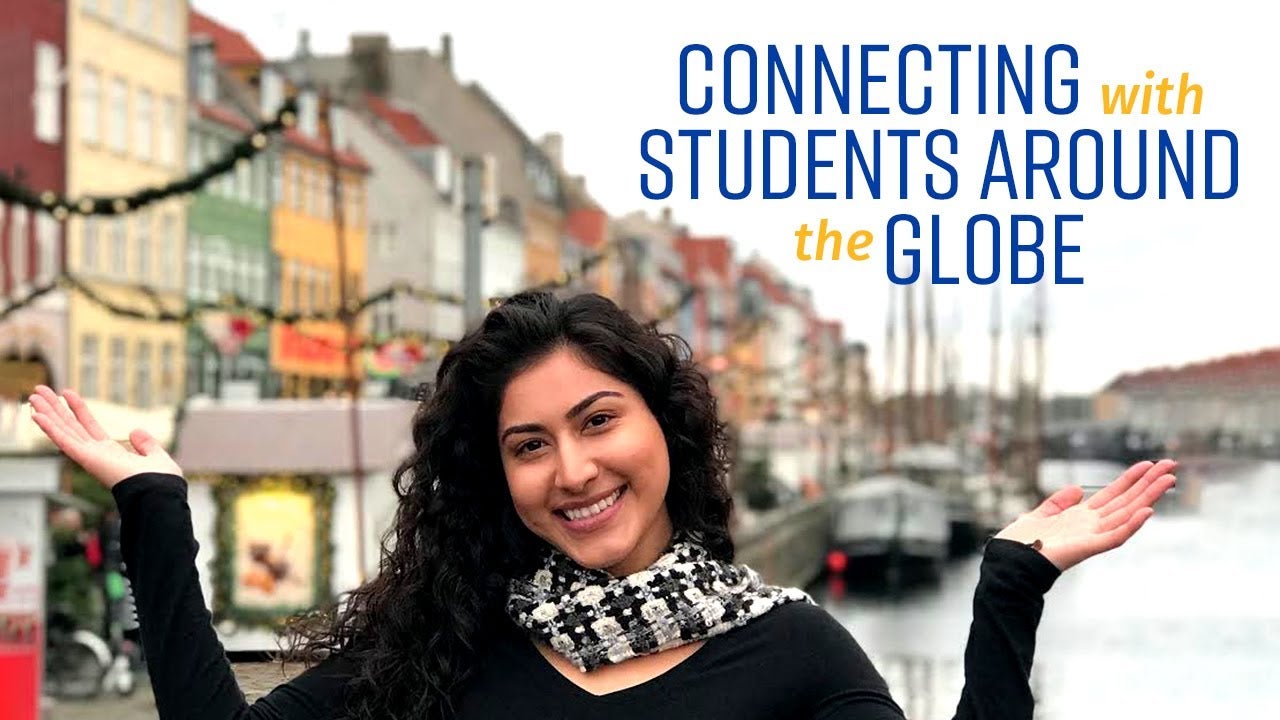 “With UCR as a vessel, international students will gain interest and a perspective of U.S. institutions in multiple areas such as research, culture, policy, career, and much more, through the lens of UCR,” Wang said.

Adapting to the pandemic and figuring out how to reach prospective international students in this environment has created opportunities for growth and new partnerships, said Marko Princevac, interim vice provost of International Affairs.

“We are learning so much from this situation,” Princevac said. “We hope UCR will be stronger when this is over.”

Zooming around the world has its challenges, such as internet connectivity issues and being mindful of different time zones. During a recent 6 p.m. class, Vanessa Lee, a career specialist with UCR’s Career Center, prepared a session with tips to maximize a student’s education in an American college or university. Some participants joined from Chile; they were five hours ahead. Others connected from India — 13.5 hours ahead.

Among the list of must-dos, Lee included community-service opportunities, gaining research experience, and talked about the importance of in-class participation. For many cultures, asking questions or questioning the professor goes against social norms, she said.

“In an American education system, you are expected to be asking questions and to be interacting with others in class,” Lee told the students. Lee speaks from personal experience: she was an international student from Taiwan who studied in Australia before obtaining her doctorate degree from the University of Minnesota.

VSE allows UCR to showcase its colleges and talk about its research and diversity, while making those international connections, Princevac said.

“This crisis situation taught us that it can be effective to pick up the phone or to hold meetings on Zoom with world education leaders,” Princevac said. “Even after the pandemic is over, I think our reach can be greater using both the virtual and the in-person connection. We’ve created many partnerships and are finding solutions that prior to the pandemic were never considered.”

Creating this program was not only a means of reaching prospective students; it was also an opportunity to highlight resources. Many departments, such as The Well, Student Life, Career Center, Residential Life, Student Conduct, and college representatives helped make the program a success for participants, Langlie said.

“Everything has changed this year and universities have had to adjust,” Langlie said. “We’re trying new things to support UCR’s mission.”