UCR ecologist on geoengineering: a new solution to the climate crisis

A potential solution to global warming could create new problems

As many gather for Earth Day 2021, ecologists urge a note of caution toward an increasingly popular solution to the climate crisis. Solar geoengineering involves alternate means of offsetting heat trapped by human-generated carbon emissions. One proposed way of accomplishing this is by injecting sulphur into the stratosphere, mimicking the effects of a big volcano and cooling the planet.

Compared to carbon capture and storage, it’s one of the most feasible and inexpensive strategies. A UC Riverside ecologist weighs in on whether using it would solve one problem by creating another.

Department of Botany and Plant Sciences 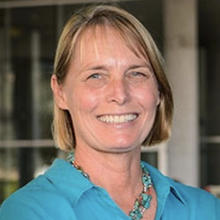 Q: Stratospheric aerosol intervention, essentially an artificial volcanic eruption, could potentially mitigate some degree of global warming. From your perspective, is it a good idea?

A: It well could be, although it is fraught with governance issues since a whole-planet solution crosses many sovereign boundaries. But this kind of research has mainly taken place in climate science communities.

While I applaud the innovative spirit behind such a solution, I urge further study before launching such an effort, in collaboration with ecologists like myself, so we have a better picture of the downstream effects on plants, animals and ecosystems. I want to know what this will do to the biosphere.

I have spent decades studying plants, and my biggest concern is this: if scientists make the planet a half a degree cooler but we’re still pumping carbon dioxide into the atmosphere, we will affect plant photosynthesis, which is driven by CO2.

Plants on land and plankton in the ocean have been taking out extra CO2 that humans make. The plants are being fertilized with extra CO2, and then they store it. We’d be in much worse shape without them, but there’s a limit to that. They need enough nitrogen to use all the CO2.

Cooling without reducing CO2, and the resulting shifts in seasonal temperatures and precipitation may improve things in some ecosystems but not others. Some ecosystems such as the arctic, are more vulnerable to climate change in the first place.

Over the course of 2020, I joined in conversations with a group of ecologists and climate scientists convened by the National Science Foundation. We produced a paper published recently in the Proceedings of the National Academy of Sciences. It asks how ecologists can help set the agenda for research into geoengineering proposals.

Climate change is already destabilizing ecosystems, but we don’t want to solve one problem by creating another. The climate crisis will require all of us to come together, and we haven’t got much time left if we’re going to solve it.