A UC Riverside materials scientist has received a $2 million grant from the National Science Foundation to improve the scalability of quantum computers by allowing them to operate at room temperature.

The project will integrate silicon quantum dots with carefully designed organic molecules to optimize optical and electronic coupling between the two components so the computers can operate without need for cryogenic conditions. 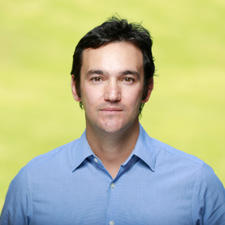 Lorenzo Mangolini, an associate professor of mechanical engineering who leads the project, also aims to create design guidelines and manufacturing strategies for these hybrid organic-inorganic structures that will also make it possible to produce quantum computers on a larger scale than is currently possible.

In principle, quantum computing allows information to be processed at a much faster rate than is possible with ordinary computers, while also using less energy. Given the sheer volume of data generated by today’s society, some have heralded quantum computing as an essential next step.

Mangolini’s research group will investigate alternative materials and structures that have the potential to store and optically access quantum information at room temperature, using silicon quantum dots as the inorganic component. Quantum dots are nano-sized semiconductor particles that have both optical and electronic properties that strongly deviate from those of the corresponding bulk material, and that can be engineered and tuned by interfacing with other materials.

“By grafting transmitter organic molecules onto the surface of the silicon particles, we can tune the chemistry and bidirectional energy transfer between the two system components to achieve unprecedented control over their optoelectronic coupling,” Mangolini said.