From Golden Delicious to Gala to Granny Smith, Americans are spoiled for choice when it comes to apples. With pomegranates, there’s usually only one choice: the ‘Wonderful’ variety, which comprises more than 90 percent of commercially grown pomegranates in the U.S. and makes its way to stores as whole fruit, prepackaged arils, and juice or juice blends.

John Chater, a postdoctoral scholar in the Department of Botany and Plant Sciences at the University of California, Riverside, is hoping to change that. After inheriting a passion for pomegranates from his Lebanese-born grandfather, Chater is developing UCR’s fledgling pomegranate breeding program with the goal of creating tastier, hardier varieties that will expand offerings for American consumers.

In research published earlier this year in the Journal of Food Science, Chater and his colleagues used a consumer sensory panel to find out what traits people liked and disliked about the industry-standard Wonderful and six other varieties, several of which were grown in two different climates.

The Wonderful variety scored well overall, which is good news for growers, but the study identified several alternatives that may give Wonderful a run for its money, especially when the fruit is grown in a cooler climate.

Pomegranates are a culturally important fruit grown for centuries in India, China, the Middle East, and the Mediterranean. The fruit has risen in popularity in the U.S. since the discovery that pomegranates have high antioxidant activity and are chock full of potassium and vitamins.

California, which leads the nation in pomegranate production, is home to between an estimated 20,000 and 30,000 acres of ‘Wonderful’ variety pomegranate trees, most of which are located in Kern County and owned by the Wonderful Company, which sells juices under the POM Wonderful brand.

But Wonderful is far from the only pomegranate variety. The USDA Agricultural Research Service’s National Clonal Germplasm Repository, or NCGR, conserves around 300 varieties, some of which have desirable traits, such as softer seeds, less acidity and a less astringent juice.

With a view to breeding perfect pomegranates, Chater’s team asked an untrained consumer panel to score the flavor, color, and texture of Wonderful and six other pomegranate varieties. Five of the six — Eversweet, Green Globe, Haku Botan, Loffani, and Phoenicia — are from the NCGR and one — cv. 857— was developed by Chater’s grandfather.

Samples of Wonderful, Phoenicia, and cv. 857 were grown in two Southern California locations: Riverside, which has a warmer inland climate, and Somis, which has a cooler coastal climate. Researchers sought to test the belief that high summer temperatures in inland areas reduce the acidity of fruit, while cooler temperatures on the coast give pomegranates a richer color.

The panelists, 87 members of the public who were not trained in food science, each sampled six pomegranates. They evaluated the fruits on a nine-point hedonic scale based on the following categories: color, sweetness, tartness, seed hardness, bitterness, and overall desirability.

The top performers were Wonderful, Phoenicia, and cv. 857. However, Wonderful pomegranates fell short of Phoenicia and cv. 857 when grown on the coast, with consumers rating their sweetness, tartness, bitterness, and seed hardness as less desirable. Lab tests confirmed the seeds from the coast-grown Wonderful had much higher acidity.

Chater said the results corroborate a USDA study in which trained panelists noted an undesirable bitterness in Wonderful, which might affect the crop’s overall success in the marketplace.

The results will help Chater breed new pomegranates from cultivars that have unique and appealing traits. His goal is to diversify the industry, offering growers new and tastier varieties, some of which are better suited to cooler climates or for commercial juicing. He also hopes to develop varieties that ripen earlier, which helps prevent fruit loss caused by splitting brought on by fall rains, as well as pests and plant disease.

“Like apples and citrus, I want people to be able to go to the supermarket and find a pomegranate that is sweeter and richer in color, or a juice that is less bitter,” Chater said.

“People from different ethnic backgrounds tell me that they miss the types and flavors of pomegranates that they grew up with in their cultures, which inspires me to develop pomegranates that satisfy their demands and also to increase the consumption of this healthy fruit among all Americans.”

Chater and colleague Zhenyu “Arthur” Jia, an assistant professor of quantitative genomics, are collecting sensory data to determine which traits are most important to consumers for UCR’s pomegranate breeding program, which is managed by the laboratories of Jia and Donald Merhaut, a UC cooperative extension associate specialist for ornamental and floriculture crops, both in the Department of Botany and Plant Sciences in UCR’s College of Natural and Agricultural Sciences.

The title of the paper is “Effects of Site and Cultivar on Consumer Acceptance of Pomegranate.” In addition to Chater, Merhaut and Jia, UCR contributors include Mary Lu Arpaia, a UC cooperative extension subtropical horticulture specialist; and Peggy Mauk, director of agricultural operations. John Preece, research leader at the USDA-ARS National Germplasm Repository in Davis, also contributed to this research. 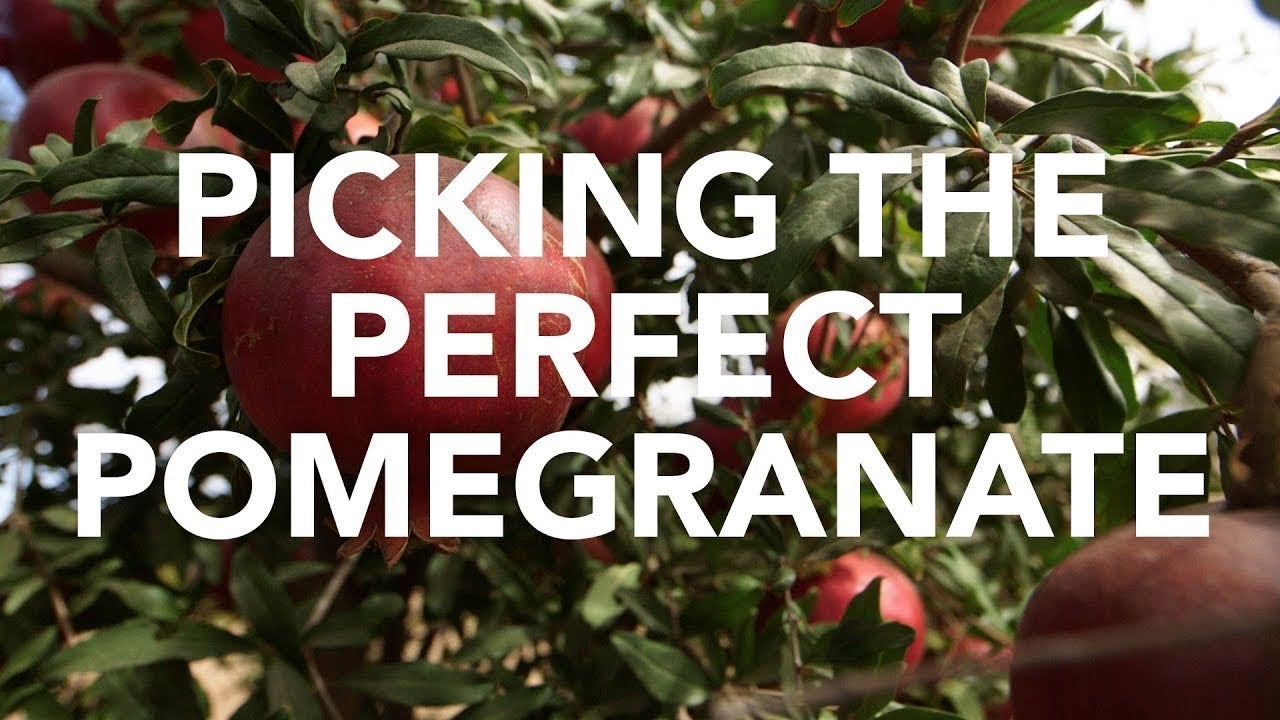