Approaching the Vietnam War from another angle

When David Biggs elected to spend July Fourth, 2007, in Huế, Vietnam, he couldn’t have predicted a chance encounter at a party for American students would lead to a career-altering conversation.

It was at that same Independence Day party that Biggs, an environmental historian and associate professor at the University of California, Riverside, met a group of government officials from central Vietnam who requested his help. Decades after the Vietnam War’s end, they explained, their homeland remained riddled with hot spots, buried caches of abandoned chemicals left over from American military occupation: napalm, Agent Orange, and tear gas, among others.

Though invisible to the naked eye, these hot spots were, and still are, incredibly dangerous to those who discover them. Could Biggs use some of his historical resources to pinpoint their locations? 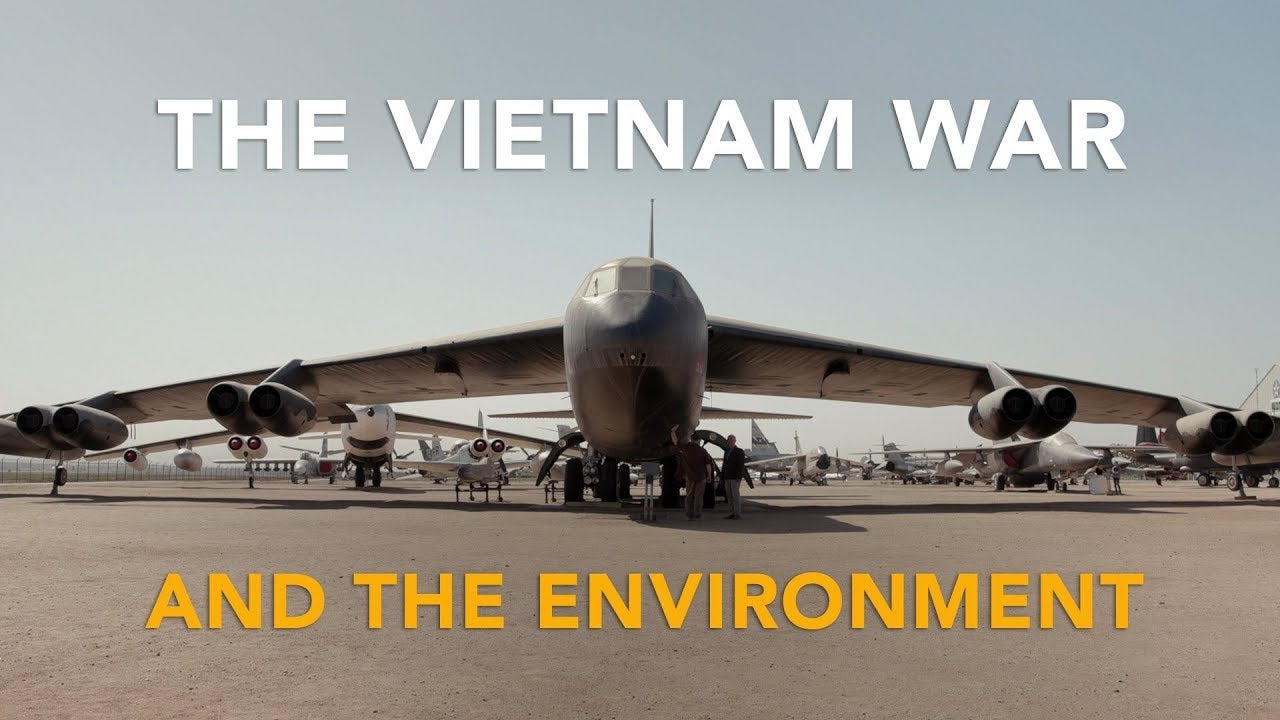 For the professor who had studied Vietnam and Southeast Asia since the early 1990s, the challenge proved far too intriguing to resist. He partnered with a team of remote sensing specialists, comparing archival aerial photographs with more recent satellite imagery depicting the central Vietnamese regions of Huế, Phú Bài, and the mountain valleys of Thừa Thiên–Huế Province.

He developed a series of maps that sought to answer the Vietnamese government officials' questions about where hazardous hot spots could possibly be hiding in plain sight, and before long, he found himself down a rabbit hole, eager to build on the project.

“I went back to the National Archives outside Washington, D.C., and found that the earliest aerial photographs shot over these same areas were taken in 1943 by U.S. ‘Flying Tiger’ planes based in Kunming, China,” Biggs said. “This finding brought up an important issue: that many of the places occupied by Americans in the 1960s had long been occupied by previous military forces.”

Such revelations inspired Biggs to assemble a more comprehensive picture of how conflicts leave lasting imprints. His research was published this month in his second book, “Footprints of War: Militarized Landscapes of Vietnam” (University of Washington Press). The book looks to central Vietnam as a case study on how people and landscapes shape each other across multiple centuries of military conflicts, resulting in complicated environmental and social legacies.

At the book’s core is an argument that war zones are more than blank slates, Biggs said. In fact, landscapes where conflicts occur are often reflective of history that goes overlooked by foreign militaries. When American troops arrived in Vietnam, for example, they unwittingly entered a country whose landscapes bore the contours of centuries of prior conflicts.

“The same village that American Marines first entered in 1965 had endured French encampments in 1952, Japanese incursions in 1942, colonial military exercises in 1912, Vietnamese civil war in 1782, and on and on,” Biggs said of Huế. “The ‘footprints’ of one war are often following the footprints of many others. Many Vietnamese in Huế understood that in 1965, and communist troops mobilized this history effectively.”

For American troops who landed in Vietnam in the 1960s, some of the landscape’s most distinguishing features were vestiges of the First Indochina War, from 1946 to 1954. During that war, the communist-led Việt Minh encouraged soldiers to dig tunnels, trenches, and barricades as defensive mechanisms against French forces. The same soldiers, many of them youth, also forged networks of trails throughout central Vietnam, including pathways into the region’s dense highlands that were later augmented with covert hideouts and storage caches.

Years later, these strategic tools, coupled with an ingrained military mentality that saw even women and the elderly participate in violent attacks, would prove advantageous to Vietnamese forces during American occupation.

“The removal of the Americans in 1972 revealed the limits of one military’s state-building infrastructure in this place and the resiliency of another,” Biggs said. Still, he added, American forces departing Vietnam left plenty of marks of their own. Vacated military bases rife with industrial wreckage, abandoned equipment, and garbage were just a few of the leftovers; some of the most devastating effects of American occupation were chemical in nature.

“From the first days in 1943 when Army Air Force planes began their flights over Indochina, one of the biggest challenges facing Americans in Vietnam was literally seeing the land surface below,” Biggs said. “Especially in the highlands, dense forests and cloud cover obscured it.”

How to deal with the density? For American forces, the solution was found in chemical weapons like napalm and the defoliant Agent Orange. Spraying herbicides became a common tactic for American troops who sought to increase aerial visibility, but the practice wasn’t without its consequences.

In heavily bombed areas, herbicides pooled in bomb craters and washed into rivers and other irrigation channels, penetrating the same spaces where locals fished and grew crops. As Americans departed Vietnam, meanwhile, they disposed of chemicals improperly, depositing them in landfills around former bases. These days, what Biggs calls “the American layer” of Vietnam War-era military activity remains mostly subsumed.

“However, when people discover buried drums of chemicals or unexploded ordnance while clearing foundations, the war literally comes back to the surface,” he said.

Biggs continues to work closely with Vietnamese scientists who are concerned with the traces of dioxin — the chemical pollutant in Agent Orange — that have contaminated their land and bodies since the 1960s, leading to a number of widely associated illnesses. One of their chief priorities now involves developing an affordable test to check for dioxin’s presence in their land, their animals, and themselves.

“Many people living in former spray zones or near former bases are left to wonder whether clusters of birth defects or cancers are associated with invisible toxins,” he said. Such a test could even have benefits for farmers who face discrimination at urban markets due to their associations with dioxin-polluted land.

Biggs said it’s imperative for Americans to rethink our approaches to more contemporary conflicts, too. In places like Iraq, Afghanistan, and Syria, he said, wars are deeply connected to landscapes and come with decades- or centuries-long histories that need to be more carefully weighed.

“Americans — our politicians and our soldiers — may see their mission in new terms, but the societies where they’re fighting already are engaged in so many internal struggles, like Kurdish independence, Shi’ite versus Sunni tensions, and tribal bids for autonomy in Afghanistan,” Biggs said. “Focusing on these landscapes and their histories of conflict is a more productive way to consider these places and why people fight there before U.S. or other foreign forces intervene.”

David Biggs is also the author of “Quagmire: Nation-Building and Nature in the Mekong Delta,” published in 2011 by the University of Washington Press.

The Colorado River is imperiled; why it matters to you