A mollusk with teeth that can grind down rock may hold the key to making next generation abrasion-resistant materials and nanoscale materials for energy.

The mollusk, called a gumboot chiton, scrapes algae off ocean rocks using a specialized set of teeth made from the magnetic mineral magnetite. The teeth have the maximum hardness and stiffness of any known biomineral. Although magnetite is a geologic mineral commonly found in the earth’s crust, only a few animals are known to produce it, and little is known about how they make it.

A better understanding of the biomineralization process, combined with a thorough understanding of chiton tooth architecture and mechanics, could help scientists not only improve wear-resistant coatings and tooling, but also help grow nanoscale materials for energy and water-based applications.

Now, for the first time, a team led by Michiko Nemoto, an assistant professor of agriculture at Okayama University and David Kisailus, a professor of materials science and chemical engineering in UC Riverside’s Bourns College of Engineering, has discovered a piece of the genetic puzzle that allows the chiton to produce magnetite nanomaterials.

Chitons have several dozen rows of teeth attached to a ribbon-like structure. Each tooth is composed of a mineralized cusp, or pointed area, and base supporting the mineralized cusp. Magnetite is deposited only in the cusp region. As teeth wear down they are replaced by new teeth, so teeth in varying stages of formation are always present.

Rather than looking for specific genes, the researchers examined the transcriptome, the set of all RNA molecules in the teeth, to see what substances the genes were actually expressing. DNA contains the blueprints, but RNA is what “transcribes” the blueprints and helps carry them out.

They found that the 20 most abundant RNA transcripts in the developing teeth region contain ferritin, a protein that stores iron and releases it in a controlled fashion, while those in the mineralized teeth region include proteins of mitochondria that may provide the energy required to transform the raw materials into magnetite. On the fully mineralized cusp the researchers also identified 22 proteins that included a new protein they called “radular teeth matrix protein1.” The new protein might interact with other substances present on the teeth to produce iron oxide. 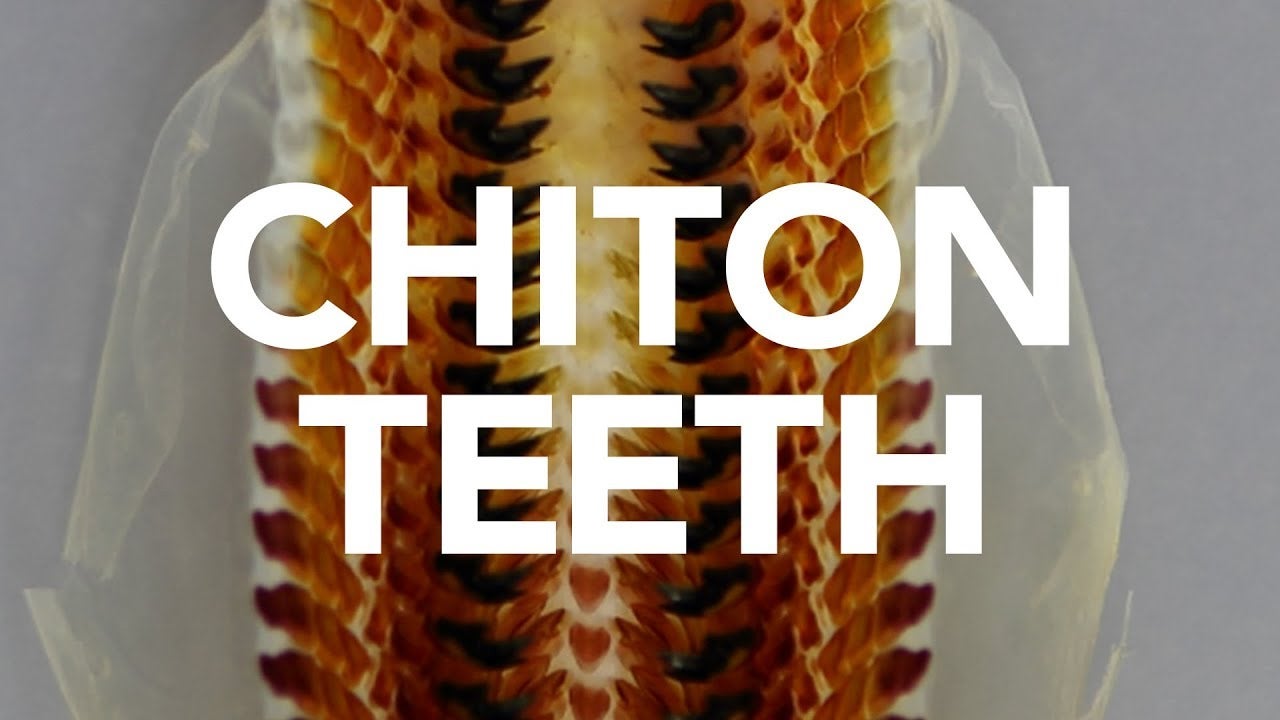 The newest California water-worry is the megastorm