Bingeing in the time of coronavirus

State and federal officials are asking Americans to stay home during the COVID-19 pandemic.

So is it possible to find an entertaining activity that provides a small respite from our larger societal worries? Derek Burrill, associate professor of media and cultural studies at UC Riverside, has created a list of things to binge on while staying at home.

This guide to streaming services, shows, games, websites, and other activities will hopefully allow you to make the most of your money, and give you another excuse to stay in your pajamas.

The trick here is to sign up for the free period, binge as much as possible during that week/month, and then decide to take the paid plunge if you still feel like there’s more you want to watch. Each service has a listing of all of their content available online.

Hulu: Nearly every broadcast show from the past 30 years, as well as original content including “Handmaid’s Tale,” “Little Fires Everywhere,” “Ramy,” and “The Weekly.”

Disney+: Great for kids and family viewing; includes all of the Disney back catalog, as well as everything from the Marvel and “Star Wars” universes; plus, the studio just released “Frozen 2” online months early as a “gift” while we live through social isolation.  Let It Go!

AppleTV: Movies and TV to rent or buy, with a few standout original shows: “Dickinson,” “Morning Show,” “For All Mankind.”

Showtime, HBO, CBS: Each have a variety of original shows. Some hits from each: “Game of Thrones” (HBO), “Homeland” (Showtime), “The Good Wife” (CBS). 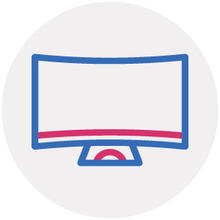 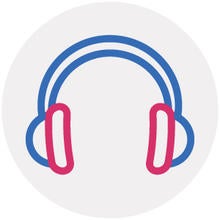 The fabulous thing about podcasts is that they’re easy to access, curate, and follow.  Most are also free and you can fast forward through the ads!

Some of these games require a particular gaming system such as Playstation or Xbox, but many are available for download on the internet at sites like Steam.  The cool thing about the above gaming systems is that they’ll make your regular TV into a smart TV, particularly the PS4, which includes a free online portal that allows you to access all of the above streaming services in one place. 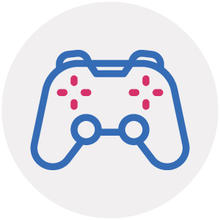 Puzzlers (most of these should be available for your mobile device)

Derek Burrill’s research focuses on digital games, media, gender, and the body. His book, “Die Tryin’: Videogames, Masculinity, Culture,” was published by Peter Lang in 2008. His work has appeared in Modern Drama, Text Technology, Social Semiotics, and Television and New Media, as well as in anthologies such as “ScreenPlay,” “Spirited Away,” and “Resolutions 3.” He earned a doctorate in performance and culture at UC Davis in 2001. Burrill sits on the editorial boards of Games and Culture and the Journal of Games and Virtual Worlds. He is also an active producer of digital and analog art.

Latinos, British post-punk music, and growing up in Southern California