“The legacy of these three laureates is incredible,” said Allison Hedge Coke, director of Writers Week, noting each poet has published award-winning books of poetry for over 40 years. “This luminary trifecta served as the first African American, the first Latinx, and first tribally enrolled citizen of a Native nation appointed as U.S. poet laureates, the highest honor for a poet in the United States. Their work for greater good, in providing light to ease troubles, in their generous and great mentorship outreach, and gracious literary presence in shaping the way we view ideals in democracy are represented in their careers and in their compendiums. It is a phenomenal opportunity for us to acknowledge their gifts to our canon and to the world.”

The award ceremony, as well as all sessions during Writers Week, is free and open to the public and will be presented virtually through the video platform Crowdcast, allowing guests to attend from the comfort and safety of home. The evening will include luminary tributes, presentation of the awards, readings by the poet laureates, and a virtual live Q&A, giving attendees the opportunity to interact with the honorees.

“Thank you, everyone, for attending and sharing links to our first virtual festival,” Hedge Coke said. “We hope everyone stays safe and in touch. Writers Week is for you and is a big part of our outreach from the Department of Creative Writing’s goal to make living writers accessible to everyone and to bring the best of contemporary literature to our stage. Thank you to our generous sponsors, to everyone who staffed and collaborated with us, and to the writers and readers who make this possible. We hope everyone will consider purchasing books by this year’s authors and follow their next offerings, as well.”

Register to attend by saving your spot through the Writers Week Crowdcast.

This event is free and open to the public. Space is limited and advance registration is required.

*This award night is the closing event of the UCR-hosted festival. A ticketed after-event celebration is scheduled with the LA Review of Books at 4 p.m. Feb. 20.

Works by Writers Week authors will be available at UCR Campus Barnes & Noble online and at Cellar Door Books in Riverside. 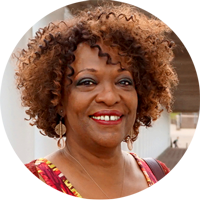 In 1993, Rita Dove was appointed Poet Laureate of the United States and Consultant in Poetry to the Library of Congress, making her the youngest person — and the first African American — to receive this highest official honor in American Poetry. She served 1993-1995. In 1999 she was reappointed Special Consultant in Poetry for 1999/2000, The Library of Congress Bicentennial year. From 2004-2006, she served as Poet Laureate of the Commonwealth of Virginia. She is a Pulitzer Prize winner for “Thomas and Beulah” (1987), author of numerous poetry books, a novel, short stories, a play, and is editor of “The Penguin Anthology of Twentieth-Century American Poetry.”  Her honors include the 1996 National Humanities Medal from President Clinton and the 2011 National Medal of Arts from President Obama — the only poet ever to receive both medals — as well as the Heinz Award in the Arts and Humanities, the Wallace Stevens Award from the Academy of American Poets, Lifetime Achievement Medals from the Liberty of Virginia and the Fulbright Commission, as well as 28 honorary doctorates, and an NAACP Image Award, which she received for her work “Collected Poems: 1974-2004.” She has served as president of the Association of Writers and Writing Programs and as chancellor of the honor society Phi Beta Kappa. An elected member of the American Philosophical Society, the American Academy of Arts and Sciences and the American Academy of Arts and Letters, she is the Henry Hoyns Professor of Creative Writing at the University of Virginia. Her next volume of poems, “Playlist for the Apocalypse: Poems,” is forthcoming from W.W. Norton in the summer of 2021. 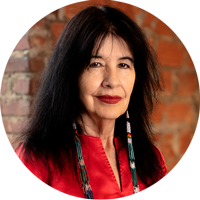 Joy Harjo’s nine books of poetry include “An American Sunrise,” “Conflict Resolution for Holy Beings,” “How We Became Human: New and Selected Poems,” and “She Had Some Horses.” Harjo’s memoir “Crazy Brave” won several awards, including the PEN USA Literary Award for Creative Non-Fiction and the American Book Award. She co-edited two anthologies of contemporary Native women’s writing: “When the Light of the World was Subdued, Our Songs Came Through” and “Reinventing the Enemy’s Language: Native Women’s Writing of North America,” one of the London Observer’s Best Books of 1997. She is the recipient of the Ruth Lilly Prize from the Poetry Foundation for Lifetime Achievement, the 2015 Wallace Stevens Award from the Academy of American Poets for proven mastery in the art of poetry, a Guggenheim Fellowship, the William Carlos Williams Award from the Poetry Society of America, and the United States Artist Fellowship. In 2014 she was inducted into the Oklahoma Writers Hall of Fame. A renowned musician, Harjo performs with her saxophone nationally and internationally, solo and with her band, the Arrow Dynamics. She has five award-winning CDs of music including the award-winning album Red Dreams, A Trail Beyond Tears and Winding Through the Milky Way, which won a Native American Music Award for Best Female Artist of the Year in 2009. Harjo’s latest is a book of poetry from Norton, “An American Sunrise.” In 2019, Joy Harjo was appointed the 23rd United States Poet Laureate, the first Native American to hold the position. She lives in Tulsa, Oklahoma. 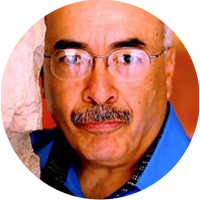 Juan Felipe Herrera is the 21st Poet Laureate of the United States (2015-2016) and is the first Latino to hold the position. From 2012-2014, Herrera served as California State Poet Laureate. Herrera’s many collections of poetry include “Every Day We Get More Illegal”; “Notes on the Assemblage”; “Senegal Taxi”; “Half of the World in Light: New and Selected Poems,” a recipient of the PEN/Beyond Margins Award and the National Book Critics Circle Award; and “187 Reasons Mexicanos Can’t Cross The Border: Undocuments 1971-2007.” He is also the author of “Crashboomlove: A Novel in Verse,” which received the Americas Award. His books of prose for children include: “SkateFate,” “Calling The Doves,” which won the Ezra Jack Keats Award; “Upside Down Boy,” which was adapted into a musical for young audiences in New York City; and “Cinnamon Girl: Letters Found Inside a Cereal Box.” His book “Jabberwalking,” a children’s book focused on turning your wonder at the world around you into weird, wild, incandescent poetry, came out in 2018. Herrera is also a performance artist and activist on behalf of migrant and indigenous communities and at-risk youth.