A UC Riverside professor and his former student produced a film that is being screened at film festivals across the country. “The Anxiety of Laughing” is filled with comedy, love, drama — tied together with a dose of reality: a disability caused by cerebral palsy.

“The Anxiety of Laughing,” an independent film directed by Robin Uriel Russin, a professor of screenwriting and playwriting with the Department of Theatre, Film and Digital Production, or TFDP, and written by UCR alum Andrew Justvig ’21, will be shown at the prestigious Dances With Films festival at the Chinese Theatre in Hollywood on June 14 at 7:15 p.m. The film has already been honored by five other film festivals and has been nominated for “Best Director of an Indie Film” and “Best Film on Disability.”

“It’s a great love story for one thing, but what is really important here is giving people an experience of what it’s like to interact with others who are not like you,” said Russin, referring to the story’s main character, Joey, a standup comedian with cerebral palsy. Joey is played by Justvig, who has cerebral palsy. 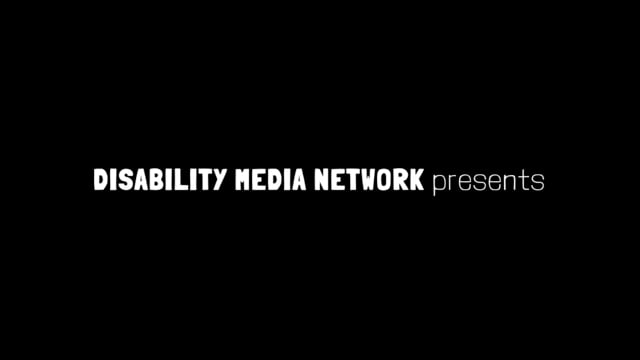 The story captures Joey’s upbeat and can-do attitude — much like Justvig’s true life persona. As the owner of a comedy club, Joey is balancing work and wedding plans with Leah, played by UCR student Brandi Robinson, whose mother strongly opposes the idea of her daughter caring for a disabled husband. Leah’s mom is played by Erith Jaffe-Berg, professor of theatre with the Department of Theatre, Film and Digital Production. The film also stars actor Chris Provost as Nick, Joey’s older brother.

“The Anxiety of Laughing” was first written as a play while Justvig was still at UCR. Russin directed it as a Zoom piece for the department’s New Play Festival, TFDP’s annual MFA playwriting festival. This was during the time of remote learning due to the COVID-19 pandemic shutdown. That’s when Disability Media Network, a streaming app that features news, entertainment, and lifestyle programming created by or including people with disabilities, contacted Justvig to turn the play into a video. Russin and Justvig, with the help of friends, turned it into a film instead.

“The Anxiety of Laughing” was shot in five days on a $9,000 budget, and with an all-volunteer crew, including the director of photography, Michael Bulbenko, a Fujifilm photographer and cinematographer. The film’s poster design and original theme song, “Be Right Here” were created and written and performed by Russin’s daughter, Olivia Russin.

This quick turnaround is a process Russin is an expert at. He spent 20 years as writer, director, and producer for “America’s Most Wanted,” the television show that featured reenactments of criminals on the run, portrayed by actors, and narrated by the show’s host, John Walsh. His years with “America’s Most Wanted” taught Russin to shoot fast and choose a group of talented actors who could be quick learners too. Russin also directed the award-winning indie film “When I Sing,” and was the writer for the 1994 film “On Deadly Ground,” produced by Warner Bros and starring Steven Seagal. More recently, he was a screenwriter for “2 Hearts” on Netflix, starring Jacob Elordi. His most recent work at UCR included directing the Shakespearean play “The Life of King Henry V,” which was brought to life in a World War I setting.

“I wanted to be able to show our students that you don’t need a million dollars to do this. You just need a good network of friends and a lot of energy,” said Russin, noting that “The Anxiety of Laughing” was professor Jaffe-Berg's debut film acting role. “There are a lot of misapprehensions in shooting an indie movie because you are committing to a project with a limited budget and limited time, but if you have the right set of actors, it’s feasible. We did the rehearsal, usually two or three takes and then moved on to the next set-up.”

The movie, produced with closed captioning, was first screened at UCR on January 26 to “have students see the possibilities,” Russin said.

Capturing the essence of this love story, which brings an unexpected twist when Leah is involved in a serious car accident, takes important conversations about life with disabilities and projects them onto the big screen.

Having someone like Justvig to work with made this a great collaboration, said Russin, noting that “The Anxiety of Laughing” was also included and given honors in five other film festivals: 8 & Halfilm Festival, Milan Gold Festival, Mumbai Bollywood International Film Festival, Cannes World Film Festival, and The IndieFEST Film Awards.

Russin considers Justvig an inspiration and a unique artist. “He’s smart, he’s funny, he gave terrific notes to others,” Russin said. “Andrew is an infectious personality; you can’t help but like him.”

Following its official premiere in June at Dances With Films, the movie will be platformed and available for viewing on Disability Media Network.