This is the dawning of the age of the vaccine passport

UCR experts look at the potential impact of the passports, which are likely to permeate travel, education, and the workplace

The vaccine passport is coming.

The likelihood of a “passport” being required — or perhaps just requested — for travel, and to return to school and work, seems a certainty. New York state is testing a smartphone app that would verify vaccine status for entry into events. IBM is developing the Digital Health Pass, which would live inside smartphones. President Biden is studying vaccine passports; the airline industry is keen on them. The European Commission is proposing similar digital passports to ease travel, with tourism-dependent countries such as Greece embracing the idea. Meanwhile, even as it works to develop such a passport, the World Health Organization cautioned against requiring them for travel, saying it’s not clear whether vaccinations stop transmission.

We asked six UC Riverside experts across disciplines to address the implications of vaccine passports. 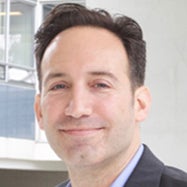 “Given the option, nobody would want to have the Diners Club equivalent of a vaccine passport vs. one whose acceptance is more akin to Visa or American Express or, better yet, a U.S. passport that is recognized everywhere.”
— Carpiano

Q: Airline and hospitality industry officials are asking the Biden administration to take the lead on “the vaccine passport.” Various groups and states are working on developing their own passports. Is that sufficient, or is it important that the federal government/CDC take a leading role?

A: Fundamentally, any vaccine passport would need to be more than just a vaccine card — it would need to be recognized proof of one’s vaccination status — recognized, like other travel documents, as legitimate by agencies requesting to see them from U.S. travelers. A key way to ensure that legitimacy is to have such vaccine documentation (whether paper or digital) issued by a government agency. Just as we do not have multiple government agencies and even private vendors issuing travel passports, the same logic should apply to any such vaccine passports. As such, the federal government should take a leading role in the process to develop, produce, and issue such a document.

It is ideal for all parties involved to have a limited number of entities issuing them versus numerous options that, like certain credit cards, might be accepted only in a limited number of locations and thus require people to obtain multiple passports (and take on additional data security risks). Given the option, nobody would want to have the Diners Club equivalent of a vaccine passport versus one whose acceptance is more akin to Visa or American Express or, better yet, a U.S. passport that’s recognized everywhere. 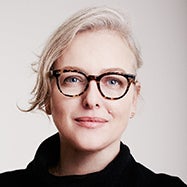 “People are worried that with the vaccine passport, other personal info will be shared, and that is precisely what blockchain would prevent.”
— Levy

A: I think blockchain itself addresses most privacy issues — but I think the issues raised about the vaccine passport are not so much about the passport or the vaccine. After all, while our medical info is private, vaccine distribution isn't. People are currently being vaccinated in large public centers or their cars! I think people are worried that with the vaccine passport, other personal info will be shared, and that is precisely what blockchain would prevent. 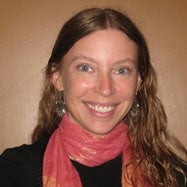 Q: Critics of vaccine passports are concerned that they will widen the gap between elites and nonelites, and between the Global North and Global South, in access to travel, recreation, and hospitality services, as well as increasing inequality in other ways. Given how uneven the vaccine rollout has been, and how unequally distributed it has been between various countries, this is a valid concern. What can be done to ensure vaccine passports do not exacerbate social inequalities?

A: The pandemic has exacerbated long-standing structural and social inequities to disproportionately sicken, hospitalize, and kill vulnerable groups. We are all eager to return to some semblance of “normal,” and while vaccine passports seem attractive in permitting safe travel, there are real ethical concerns that this will be just another driver of global health inequity.

Globally, wealthy countries have purchased vaccines for their citizens, but it has been estimated that perhaps one-quarter of the world may not have access to any vaccines until 2022. Even within the U.S., the vaccine rollout has struggled to achieve equity; currently, in California, 30% of those vaccinated are white compared to 19% of Latinos and 3% of Blacks, for example. There are real challenges not only with “vaccine hesitancy,” based on justified skepticism of our medical system due to its historically entrenched structural racism and mistreatment of vulnerable populations. However, there are also numerous structural barriers, including access to care, limited trusted information in diverse communities, inaccessible testing sites and transportation issues, inequitable access to technology and the internet for making online appointments, and other challenges. Thus, the privileged of the world would be the first to have access to vaccine passports while others might have to wait for undetermined periods of time to get their passport — if ever.

This opens up a lot of ethical questions and would introduce opportunities for discrimination based on an immunity status, which opens people up to experiencing stigma and discrimination based on a medical condition. These passports would compound inequities along fault lines of gender, race, ethnicity, class, citizenship, and the like. Passports could open people up to being discriminated against and suffering human rights abuses. This places a burden of responsibility upon individuals for vaccination and might obscure the role of the government and public health agencies in ensuring the collective good.

Breaking down global patent monopolies on producing vaccines, investing in initiatives like COVAX, and attention to not only vaccination, but testing, contact tracing, and access to reliable information and health care are needed to address equity issues. 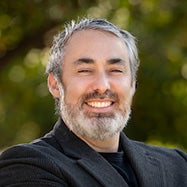 “Any way we can encourage vaccination is a good thing.”
— Brown

A: Providing evidence of immunization via something like vaccine passports can help protect the health of the individual traveler, other travelers, employees involved in the travel industry, people in the host country that is being visited for travel and tourism, as well as people in the country of origin of the traveler upon their return. Any way we can encourage vaccination is a good thing, as vaccines are one of the most effective ways to improve health and prevent disease and death.

marketing professor who has studied the effectiveness of pandemic lockdowns 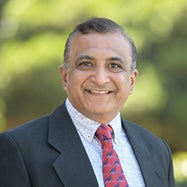 “Higher the perceived benefit, stronger the consumers’ urge to adopt the intervention.”
— Sood

A: Extant research provides ample evidence that consumers look for standard protocols to enhance public safety, but only when certain conditions are satisfied.

First, the threat is tangible and relatively immediate. In cases where there is debate or lack of sound scientific evidence on the probability of the occurrence a certain negative event, the actions or regulations for public safety are deemed restrictive and there is much higher resistance. Thus, the acceptance of COVID-19 vaccine certifications will be higher in communities where the impact of COVID-19 has been more visible, or the information has been received from sources that are considered more valid.

Second, the intervention aimed at enhancing public safety, e.g., regulating consumer activity (access/movement etc.) based on the COVID-19 vaccine certification is easy to obtain and validate. In some Asian countries, consumers receive QR-coded vaccine certifications digitally transferred on their phones within minutes of receiving the vaccines. These certifications are standardized and consumers learn to recognize these images making it easier to implement it across regions, marketplaces, and industries. In other cases e.g., in the U.S., we still rely on paper certificates that are not standardized making it impossible to implement easily.

Third, the benefit of intervention is clearly and consistently communicated. Examples of such benefits include access to travel, opening of schools, universities, and business establishments etc. Higher the perceived benefit, stronger the consumers’ urge to adopt the intervention. 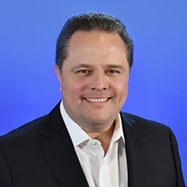 Q: Will vaccine passports achieve their intended goal of boosting the economy and slowing infection?

A: If the purpose of passports is to help industries recover from lockdowns by returning to familiar, highly concentrated groups of people to reduce or eliminate the risk of infection from others, then in theory, a passport policy might help achieve this desired outcome. On the other hand, a passport policy risks challenging basic liberties of mobility, interstate and international commerce, and privacy.

The current phenomenon of the government creating lockdowns and assigning industries that are essential or nonessential is an example of such an unprecedented reach that has produced mixed results throughout the world. There is no clear evidence of what method of reducing the contagion has worked best. But with a vaccine in the mix, policymakers now have a clearer path of what normal might look like with large groups in school, airplanes, restaurants, theaters, and offices.

Q: The European Union is set to vote on a “Digital Green Certificate,” a vaccine passport that would allow free travel between EU countries. If the EU adopts this policy and the U.S. doesn’t, what could the effects be on international tourism? And will the proposed passports be useful at all if they are not universally implemented?

A: Creating an interstate commerce vaccine passport is the job of Congress, where the political feasibility is unlikely due to delegated powers among the states and local governments. What is likely, however, is that industries will have the economic will to more accurately test the risks producers and consumers are willing to bear. Industry leaders and their many stakeholders from customers, employees, suppliers, to owners have a wider scope of analysis to regulate from within both domestically and internationally.

What's the right thing to do? We must ask first, what is the purpose of the policy — whether it is from United Airlines or from Congress. As for vaccine passports, I predict certain industries and governments will indeed create incentives to get vaccinated. Whether the incentives become public policy by putting stamps in passport books so people can move about the nation or the world remains to be seen.

The opportunity for more debate, analysis, and discovery is certainly imminent.

This Q&A was compiled by Holly Ober, Iqbal Pittalwala, and John Warren of University Communications.