While Chinese communist revolutionary Mao Zedong is regarded as one of the most important and controversial figures of the 20th century, little has been documented about the coterie of teenaged girls and young women often seen surrounding him at his residence in Zhongnanhai, the country’s seat of power and former imperial garden complex. Plucked from rural villages and recruited to entertain Chinese Communist Party elite, many of these young revolutionaries became the chairman’s lovers and key members of his inner circle. But despite intimate relationships with Mao, the extent of their influence on China’s Cultural Revolution remains largely unknown. It is this untold story of young female revolutionaries that author and journalist Vanessa Hua explores in her highly anticipated second novel, “Forbidden City.”

Published May 10, “Forbidden City” follows Mei, a 15-year-old girl from an impoverished village, who is chosen for a dance troupe that will join Mao in the capital. A budding and ambitious revolutionary, Mei gains the chairman’s favor, becoming his protege and paramour. While the story is a work of fiction, Hua, who graduated from UC Riverside in 2009, got the inspiration after seeing a documentary about China and the aftermath of World War II. 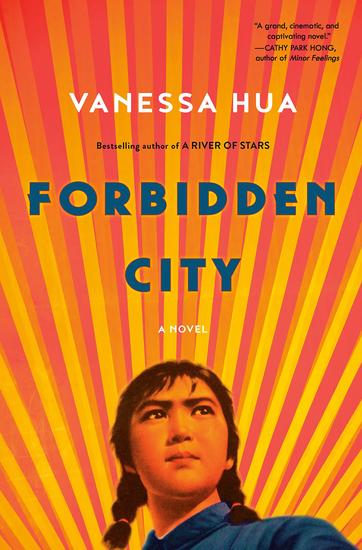 “Up pops this photo of Chairman Mao surrounded by giggling teenage girls in plaid, who looked like Bobby Soxers. I was astonished,” Hua said of the documentary. “I tried to look for more information and there wasn’t much available. In a memoir by the Chairman’s personal physician, he says that for these women, it was the ‘most exhilarating, highest honor of their lives,’ but I knew it had to be more complicated than that.”

Hua began what would become “Forbidden City” while a graduate student at UCR, the first iteration of which served as her master’s thesis. She spent time researching and reporting in China through a grant provided by UCR during her studies and notes Mao’s regime still casts a long shadow across the nation decades later, with many who lived through the Cultural Revolution wary to talk about the era. The experience got her thinking about the young women from rural villages who left for the capital to seek a bigger life and part in the revolution.

“Some of them became his clerks and secretaries, read through his correspondence, and even helped interpret for him when his speech became garbled,” Hua said. “These women are mainly footnotes in history — or not even a footnote — and I wondered what are the ways in which they could have influenced the course of this youth revolution. Fiction can really flourish where the official record ends.”

While Mei starts as a fervent supporter of the chairman and becomes a poster child for the revolution, as the story progresses and the regime’s efforts become more and more brutal, doubt begins to creep in, causing her to question all she thought she believed. Mao’s rule of China ended with his death in 1976, but Hua sees parallels between Mei’s complicated reality and the cultural and political turmoil of the U.S. in recent years.

Hua notes relations between China and the U.S. are as rocky as ever, and with the spurt of anti-Asian sentiment and violence during the pandemic, she hopes exploring stories like Mei’s with compassion and critically examining the influence of power and ambition might offer a more nuanced view of complex cultural histories and identities.

“A lot of violence stems from people being viewed as caricatures or whose portrayals lack the fullness of their humanity,” Hua said. “I hope that this book helps broaden people’s understanding and adds to the multitude of stories about this country, about these lives that would otherwise be lost to the official record.”

Vanessa Hua: A Reading and Discussion

Join Hua for a reading from “Forbidden City” and conversation with UCR Tomás Rivera Endowed Chair Alex Espinoza and Distinguished Professor Susan Straight. Books will be on sale and three copies will be given away in a drawing. This event is free and open to the public. 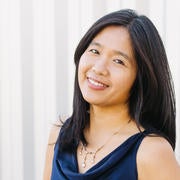 Vanessa Hua is a best-selling author and columnist for the San Francisco Chronicle. Her previous books include “Deceit and Other Possibilities” and “A River of Stars.” Her third novel, “Forbidden City,” was named one of the most anticipated books of 2022 by Vulture, Electric Lit, The Millions, and Book Riot. She is the recipient of an Asian/Pacific American Award in Literature and a Rona Jaffe Foundation Writers’ Award and was a finalist for a California Book Award and New American Voices Award. Hua’s work as a journalist has earned her recognition from the Asian American Journalist Association and the Society of Professional Journalists, as well as a James Madison Freedom of Information Award. Hua earned a master’s degree in creative writing and writing for the performing arts from UCR in 2009.